- the woman behind the Wedding Fair
Interviews

January 26-27, 2019, for the 19th year in a row, the Wedding Fair (‘Bröllopsmässan’) in Stockholm will inspire future bridal couples to create their dream wedding. Grand Hotel houses the wedding fair every year and offers magnificent venues that breathe timeless luxury and glamour.
Last updated: January 2, 2018
But it didn’t begin at Grand Hotel. Ann-Christin J:son-Widinghoff, founder and CEO of the Wedding Fair, tells us how everything started.

After 20 years at Dagens Nyheter (Swedish newspaper), she started her business in 1992, and in the same year, she decided to create her own local magazine in western Stockholm. It became a colorful tabloid and the first edition was printed in 20,000 copies. The magazine’s edition grew rapidly, everything went very well, almost beyond expectations, and already in the autumn of 1994, the edition was up to 130,000 copies each month.

“It went so well that the work almost killed me, and in 1998 I had to put the magazine on ice because of exhaustion,” says Ann-Christin. 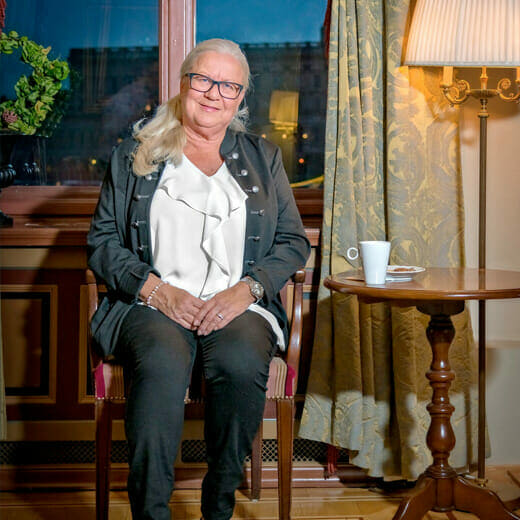 “You must dare! I’ve always believed in my power to create.”
Ann-Christin proves to be a very social person during our conversation, and during her years in the newspaper industry, she has created a large network of contacts, mainly among small, local business owners and stores. These businesses gladly wanted to advertise in her magazine. All the sales were usually done through personal meetings, and the idea was to highlight all the small squares that can be found in western Stockholm. The engagement among small business owners made her very popular.

“They simply liked my business idea,” says Ann-Christin, smiles at the memory and continues:

“I wanted to turn to small businesses that didn’t have the same support as the stores in the big shopping malls. The little ones should have the chance to be highlighted in a personal way. It was a fun time and I made many exciting and fun contacts.”

After 1998, she had new influences and made a separate magazine for Vällingby Centrum for a couple of years. Then suddenly one day, in 2001, a photographer asked her if she wanted to do a wedding fair since she had such a large network of contacts.

When you meet Ann-Christin it’s easy to understand why she got this offer. She’s a warm, happy, and charismatic person that often laughs. The first time she organized the wedding fair was a beautiful spring day in 2001. At that time she borrowed the assembly hall in S:t Tomas Church in Vällingby and had ten companies that wanted to participate. 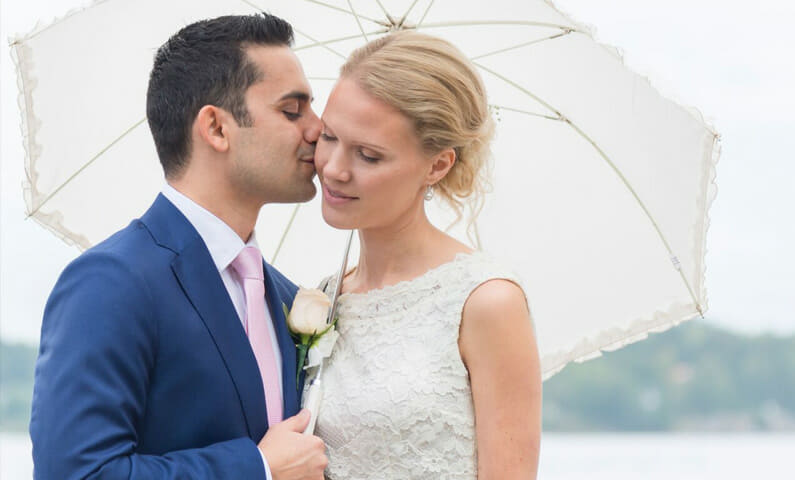 The fair was so popular and inspiring that she did one more in the fall of the same year. But now there weren’t as many visitors as desired, and Ann-Christin realized that it might not be such a good idea to have a wedding fair in the fall.

The following year, 2002, the wedding fair was moved to the old Hesselby Castle, and this time the number of exhibitors had doubled to 21 instead of ten. The entrance ticket, that cost SEK 50, included a glass of sparkling wine, which was appreciated by the visitors.

When Ann-Christin walked around and listened to what the visitors thought about the fair, she heard a conversation between two visitors. They said that it was ‘just a local fair’. There and then the idea of moving the wedding fair to central Stockholm was born.

The ideas were big – Ann-Christin wanted to rent the Blue Hall in the City Hall. But that wasn’t possible since the City Hall doesn’t allow commercial activity. One day in the spring of 2002, she sat in a cafe in Kungsträdgården and got an idea out of the blue: she should have the wedding fair in Vinterträdgården (‘Winter Garden’) in Grand Hotel.

“Vinterträdgården must be perfect!”, Ann Christin thought. It was also in these venues she met her husband at a corporate party in the 1970s. But unfortunately, Vinterträdgården didn’t feel as luxurious as she remembered. Instead, they showed Ann-Christin Spegelsalen (‘Hall of Mirrors). This was a wonderful experience, Ann-Christin says, and continues:

“I still get a wow feeling when I enter Spegelsalen.”

”
I have built all of this entirely from my own ideas, and created a comprehensive fair that can’t be copied – because there’s only one of me
– Ann-Christin J:son-Widinghoff –
The first year in Grand Hotel, 2003, 45 companies participated, in 2004 there was 66, and in 2005 the number of exhibitors had grown to 88. In the spring of 2005, after the fair, her phone kept ringing with more and more companies that wanted to participate in 2006.

“What if we can’t fit everyone, I thought. Now I also needed Vinterträdgården, but I was worried that I wouldn’t be able to book it with such short notice. But luckily, the Grand Hotel staff had seen something I didn’t see and had already booked it for me. In 2006 there were 142 exhibitors,” says Ann-Christin and smiles.

Every year the Wedding Fair has a new theme, and in recent years, the fair has had more than one hundred exhibitors per year. Today Vinterträdgården, Spegelsalen, Strömsalongerna, Bolinderska Palatset, and the Royal Banquet Room, i.e. 16 rooms, are used to accommodate all the exhibitors.

“Almost no one understands how much work it actually takes to organize this fair every year. It has been a couple of tough years, but we’ve kept the ball rolling. I have built all of this entirely on my own ideas and created a comprehensive fair that can’t be copied – because there is only one of me. But thanks to all personal contacts, the exhibitors, my partners, and me create something unique every year.”

In total, Ann-Christin has organized 51 fairs in several cities since she started in 2001. She is brave and dares to take advantage of what life has to offer. She also has a great driving force, which has made her successful in building this unique wedding fair.

“I’ve probably had this drive since my childhood. I’ve always been driven by changing, refining, and creating. But you must also dare! I’ve always believed in my power to create. In my spare time, I often paint, and I try to write my book about my grandmother. So yes, I have many irons in the fire, and the older I get, the more things I want to do,” says Ann-Christin. 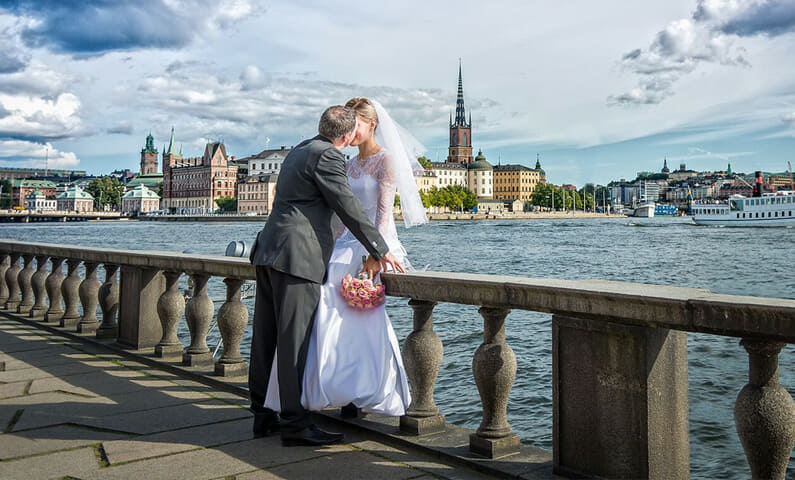 Sooner or later, people who work a lot with other people also encounter problems. Ann-Christin has learned from experience not to put her energy on negative things, but instead turn it into something positive that she can learn from.

“I’ve discovered that I’m a great problem-solver. Sometimes, for example, exhibitors don’t get along and I have to mediate a settlement. It’s a lot of stress and expectations that can sometimes lead to different opinions, so in my next life, I’ll probably be a problem-solver,” Ann-Christin laughs.

Even though a wedding fair has a lot of enthusiasm and life, there are always new challenges according to Ann-Christin.

“One challenge is to make sure that something new happens every year. There are usually around one hundred exhibitors each time, about half of them return every year. The exhibitors also need to see new things happen. Even though the fair has become a great success, I’m still the same simple person standing with both feet on the ground,” says Ann-Christin.

A novelty at the fair in 2018 was a room called ‘Brides Success – from style to dress’ for all ‘brides’ (there’s a special ticket for this). Here you’ll have the chance to try on wedding clothes with the help of professional stylists. You can get help from celebrity stylists, makeup tips and advice from wedding coordinators. For future wedding couples there will also be a special lounge, ‘Bröllopssalongen (the Wedding Hall)’, where you can get advice in everything from law to economy, and also get relationship advice from experts.

“The topics are a bit deeper, not everything is happiness and glamour when it comes to marriage,” Ann-Christin says, and continues:

“Creating the wedding fair’s content every year is a collaboration between the exhibitors, my partners, and me, where I’m the exhibitors’ paintbrush and they give color from the whole palette. I think it’s important that both the exhibitors and we feel that we’re creating the fair together,” Ann-Christin concludes our pleasant conversation that took place in one of the beautiful rooms at the Grand Hotel in Stockholm. 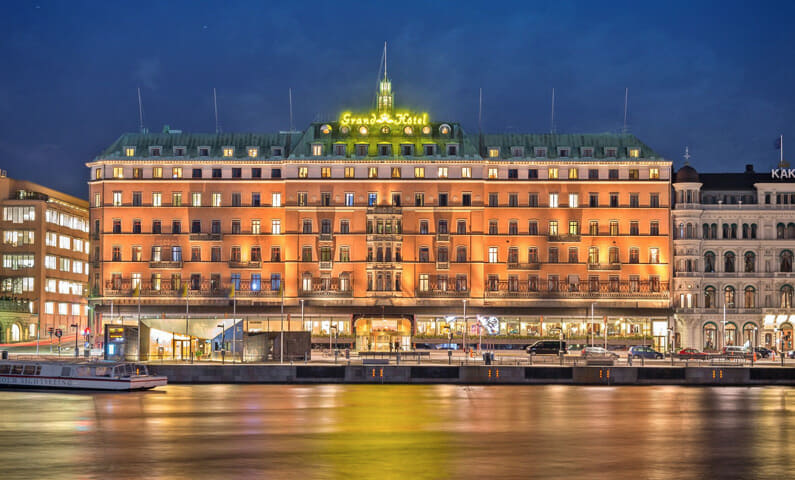 
January 26-27, 2019

Grand Hôtel, Södra Blasieholmshamnen 8, Norrmalm

brollopsmassan.se
Did you like this article? Please share!
Previous article
← DQ Vodka conquers the world
Next article
The best cafés when you want to have coffee in Stockholm →
You might also like these articles 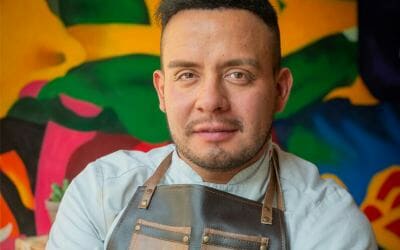 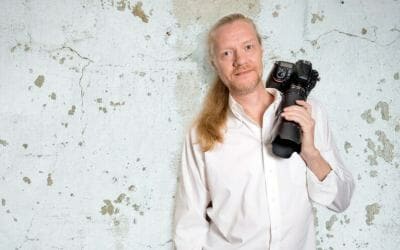 Anders E. Skånberg – shows the world the beauty of Stockholm

When he dared to listen to what others thought of him, he took the step to becoming a professional photographer. Anders E. Skånberg is the Stockholm photographer that touches you. 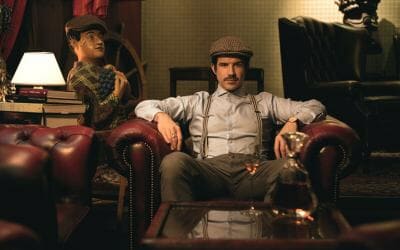 Henrik Lundström – actor and DJ with a sense of style

Henrik Lundström is a Swedish actor that you might have seen in the international successful TV series ‘The Bridge’, a role that made him the second most hated character on TV.