Ahh, castles. They’re the stuff of fairy tales and steeped in history, and who doesn’t love a good poke around one, where you can imagine what the life of yesteryear might have been like? There are several beautiful castles and palaces in Stockholm and the surrounding area, so if you can’t get enough of beautiful architecture, pinnacles, and towers, you’ll not definitely be disappointed.

In addition to Stockholm’s Royal Palace and Drottningholm Palace, there are quite a number of other castles serving the great Stockholm region, with each one offering some unique delights. 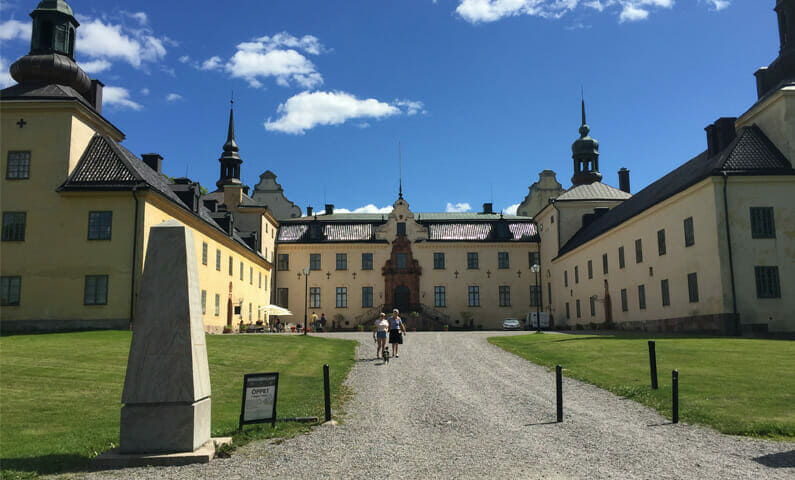 Just 25 km south of Stockholm, Tyresö Palace was built in the 17th century but there were many changes during its nearly 400-year history. Today is a window into how members of the upper class lived at the turn of the 20th century, with furnishings, art, photographs, books, and knick-knacks filling the many rooms, which on the ground floor include eight salons, a dining room, a breakfast room, a serving room, a study, and a library.

Upstairs you’ll find bedrooms and a private chapel, as well as an exclusive bathroom from the 1920s. Also on the grounds is the Prince’s Vill, where Sweden’s artistic Prince Eugen lived for eighteen summers and established something of an artist’s colony. The building today is a youth hostel.

The Palace is now a museum and is open for guided tours during the summer months. Pre-booked group tours available year-round. To get here takes around 20 minutes by car. You can also take bus 875 from Gullmarsplan. 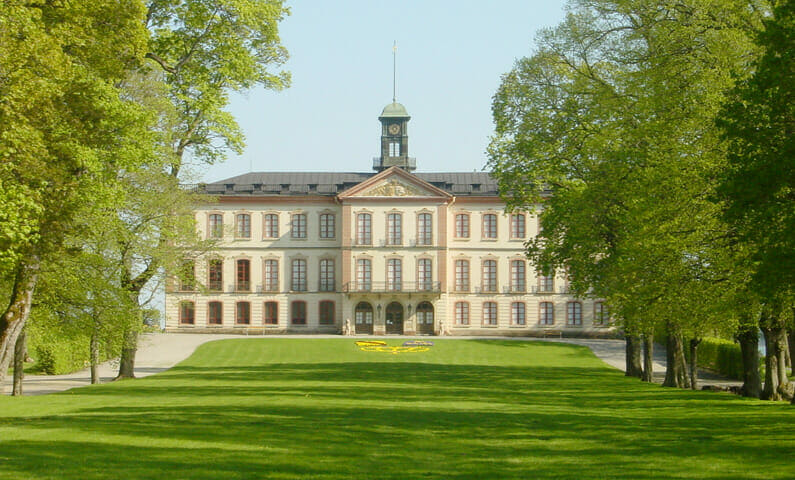 One of the most popular of Sweden’s palaces, Tullgarn is located just one hour south of Stockholm and was the summer residence a favorite palace of Gustav V, Sweden’s oldest and second longest reigning monarch. Built around 1720 the palace features the well-preserved Duke Fredrik Adolf’s State Apartment, as well as a pristine English park dating back to the early 19th century.

The palace’s interior is a light, airy mixture of rococo, Gustavian, and Victorian styles. While visiting the palace you can sip a cup of coffee in the stable café or the Orangery before strolling by the lake to take in the fresh Swedish air. It’s a one hour drive to get here. 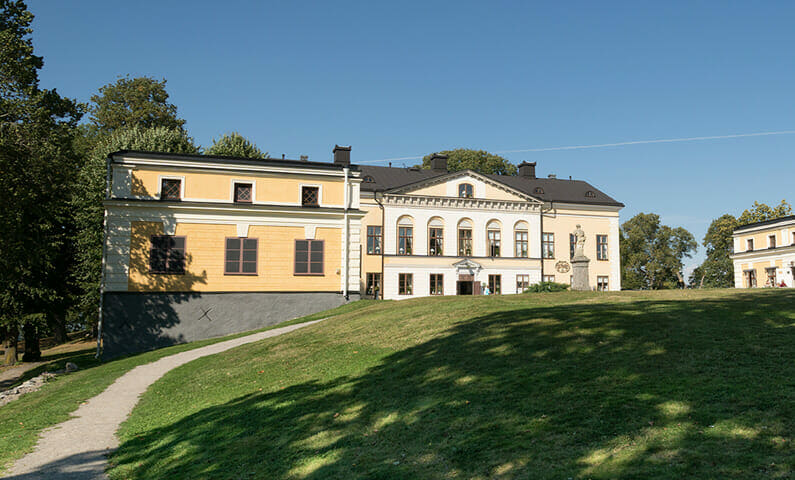 Located in the Mälaren Valley, Taxinge Castle is just 60 km from Stockholm and here the focus is not just on the food but on local food. Taxinge Castle bills itself as home to northern Europe’s largest cake buffet, featuring more than 50 types of locally baked cakes and bread, something that will have you ruefully saying, ‘Well, maybe just one more bite’. The castle is also where August Strindberg spent boyhood summers and where Bergman’s Cries and Whispers was filmed.

Enjoy wandering through the grounds, where you may encounter farm animals, or take a stroll through the surrounding forest, where wild berries grow and are ripe for the picking. The Castle also features an excellent shop selling everything from kitchenware to designer goods. Be sure to check out the adjoining art gallery and silversmith studio and shop.

You can get here by car (60 km) or take the steamboat via Mariefred. 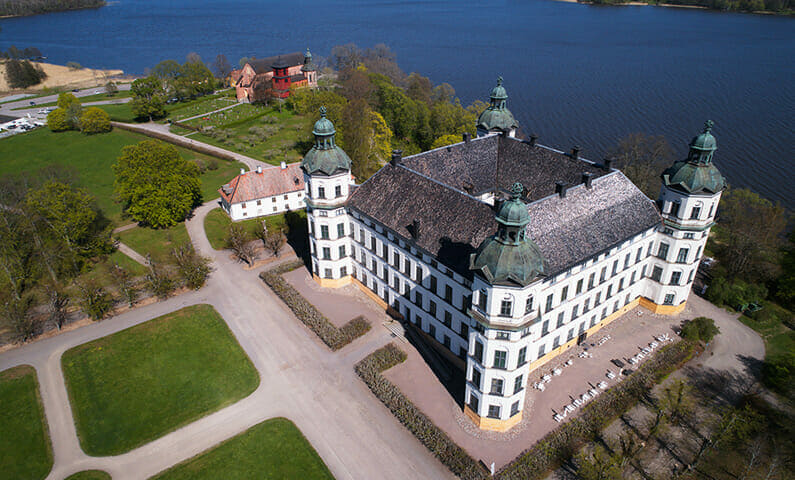 Located between Stockholm and Uppsala, on Lake Mälaren, Skokloster is considered one of the world’s greatest baroque castles. It’s Sweden’s largest private castle, featuring staterooms filled with original furniture from across the centuries. The castle’s armory holds the world’s largest collection of personal 17th-century military weapons, including muskets, pistols, swords, and cannons. The library brims with books collected by the big spending Carl Gustaf Wrangel, who built what is Sweden’s biggest private castles in the 17th century. The art collection includes Vertumnus by Arcimboldo, which was stolen in Prague in the 17th century.

The avenues of lime trees have stood since the 1680s and you’re welcome to play games on the expansive lawns or take a dip in the lake. Oddly enough, the castle was never completed, as evidenced by the banquet hall, which remains exactly as the builders left it hundreds of years ago.

To get here takes one hour by car. You can also take the commuter train to Bålsta and switch to UL bus 311 towards Skokloster. 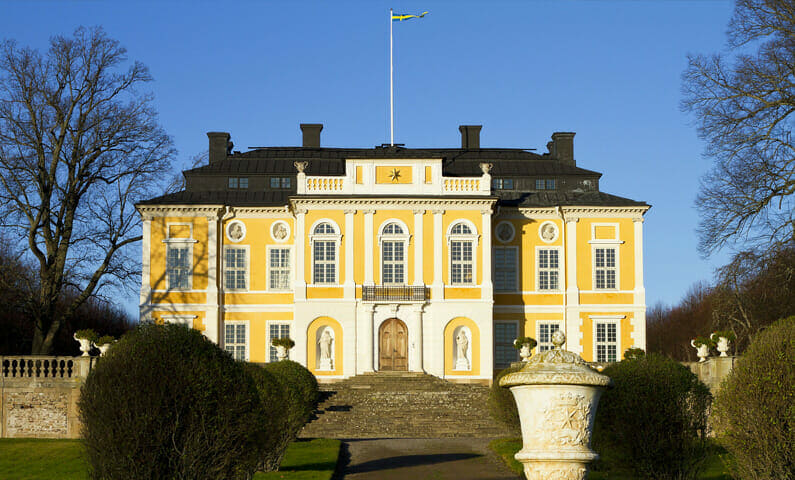 Widely considered the most elegant examples of Baroque architecture in Sweden, Steninge Castle was built by Nicodemus Tessin the Younger and was directly inspired by France’s Château de Vaux-le-Vicomte. Completed in 1705, the castle has passed through a number of hands, each leaving their mark but never truly interfering with the exquisite beauty of the building.

There are a number of buildings on the grounds, including the immense stone barn that dates to the end of the 19th century and which today houses a cultural center, an art gallery, and a glassworks. The glassworks is of particular note – Sweden’s globally renowned Kosta Boda glass design company sells designer glass art and glassware in the shop. There is also a top of the line restaurant and the Christmas Market is not to be missed.

It takes 30 minutes to get here by car. You can also take the commuter train to Märsta, switch to bus 580 towards Östra Steninge, and hop off at the Tellusgatan stop. 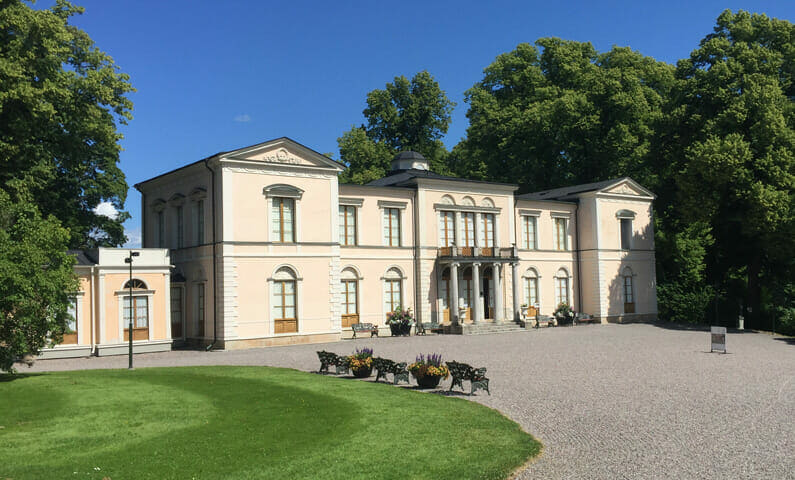 Located on Djurgården, the massive royal park abutting the eastern edge of Stockholm, Rosendal Palace was built in the early 1800s for King Karl XIV Johan, the first Bernadotte King of Sweden and is considered to be an excellent example of the Karl Johan (or Swedish Empire) style, which remains popular today.

Intended solely as a summer retreat, the palace has never been lived in full time – and fittingly it’s only open during the summer months. Original furniture and fixtures, designed by Swedish artisans, are part of the fascinating display that makes Rosendal a unique documentation of the time. Just a short (and very pleasant) stroll from central Stockholm, visits to Rosendal are by guided tour only.

You can get here by tram 7 from Sergels Torg to Bellmansro, bus 67 to Djurgårdsbro and walk to the palace, or the ferry from Slussen to Djurgården and then bus 68. But View Stockholm recommends walking from central Stockholm and enjoying the beauty of our city while breathing in the fresh air.

As you can see the Stockholm area has a lot to offer when it comes to beautiful castles and palaces, so you should definitely take the time to visit them.

Find the castles and palaces on the map

Find the castles on the map 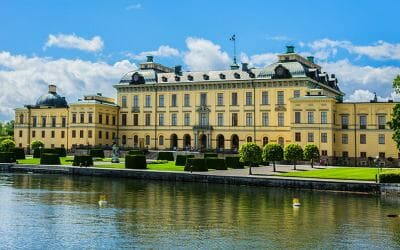 On the island Lovön, a part of Ekerö Municipality, lies the Royal Palace Drottningholm. It’s a perfect day-trip for those who want to escape the asphalt and experience a grand 17th-century setting. 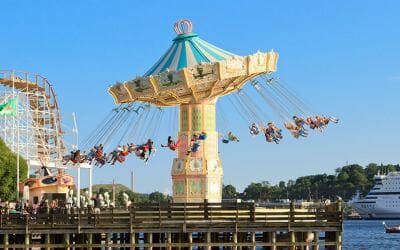 Summer in Stockholm is not complete until you spend a day at the city’s longstanding amusement park Gröna Lund. 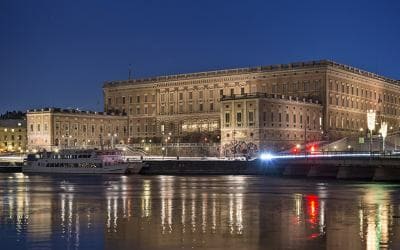 Stockholm’s Royal Palace is not only one of the biggest in Europe, it’s also the official residence of His Majesty The King.