Are you looking for good coffee with a delicious pastry? Or do you want to have a home cooked and fresh lunch? Then you should visit the café Wilmer Kaffebar on Kungsholmen. Here you can relax in a quiet and comfortable environment with a cozy and inspiring interior that gives you the feeling of being in someone’s living room. You can tell that the owners have previously worked with interior decoration.

The menu at Wilmer Kaffebar offers something for everyone. Those who like to have coffee with a pastry can choose from, among other things, cookies, carrot cake, chocolate cookies, pies, and raw food balls that are baked daily. The food is homemade as well, and those who want to have lunch can enjoy, for example, soups with different side dishes, well-filled salads, and good sandwiches. In addition, a new vegetarian casserole is served every day. The breakfast is also well worth a try.

The friendly staff will take good care of you and make sure that you enjoy your visit. And during the warm months of the year, you can also sit down on the nice outdoor seating with colorful furniture where you can watch people passing by, enjoy the sun, and have a nice coffee. Don’t be surprised if you found your new favorite cafe after a visit here.

In August 2011, Malin Eliasson opened the doors to Wilmer Kaffebar at Bergsgatan 30. Here, people stand in line for homemade food and baked pastries as much as for the homely atmosphere. Malin previously worked with interior design, which is obvious; Wilmer Kaffebar reminds more of a cozy living room than your usual coffee shop.

Malin has previously run a café, but before Wilmer Kaffebar opened, she worked as an interior designer. She believes that the two professions don’t differ so much since both are about creativity and creating. Besides the actual creation process, it’s the craftsmanship that she is passionate about:

“Many places buy a ready-made bucket of Skagen mix and throw on a sandwich. I just can’t do that. We’re very strict with the flavors and make everything by hand.”

Wilmer Kaffebar is located on Bergsgatan 30, a stone’s throw from the Rådhuset (Stockholm Court House) underground station. Here’s something for every occasion. If you want to eat something filling there’s everything from well-filled salads, large sandwiches to hearty casseroles. Are you in the mood for a cup of coffee and something sweet there’s plenty of different cookies, cinnamon buns directly from the oven and home-rolled chocolate balls. Their large breakfast menu and the no laptop allowed policy that’s applied on weekdays after 11 am and all day on the weekends offer a stress-free oasis. It’s a conscious choice from Malin:

“A computer-free environment creates meetings between people. There are many regulars who come here because of this calm. I don’t want people to feel that they’re disturbing people who work if they laugh too loudly, I rather want to encourage them to laugh out loud!”

The friendly atmosphere is what gets both regulars from the neighborhoods at Kungsholmen and visitors to come to Wilmer Kaffebar. For Malin, it’s about creating a café that she wants to visit as a guest herself. Entering the café is more like visiting the home of a good friend than a place where you get a cup of coffee. Malin has a keen interest in design and the interior changes continuously. The furniture is a mixture of flea market finds and newly manufactured, mixed with home-made decor. The photos on the walls are mainly taken by her son and aunt, combined with posters of artists such as Amy Winehouse.

The homely feeling reflects the entire Wilmer Kaffebar and goes through everything in the room. It all follows the theme of eating with all your senses. To have a beautiful arrangement is just as important as having the food and the freshly baked buns tickling your nose and taste buds.

The inspiration for the café’s food and pastries primarily comes from classic Swedish flavors, but the mood gets you thinking of a square in southern Europe. A mix of different people meets at Wilmer Kaffebar. From regulars who ask Malin for the usual, old friends who meet for a three o’clock coffee to strangers who suddenly start talking to each other.

Wilmer Kaffebar has ever since it opened its doors become a hub for both Kungsholmen locals and more long-distance guests. Likewise, the love of the raw ingredients and the craftsmanship has stayed the same during the years:

“Sugar is obviously bad in large quantities, but if I want a cinnamon bun, then I want a real cinnamon bun. It should be homemade and real ingredients all the way,” Malin explains. 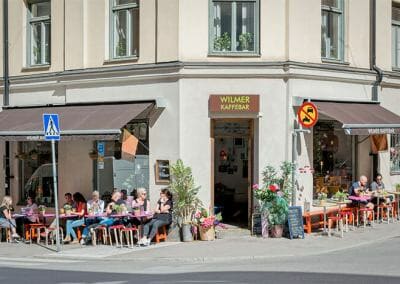 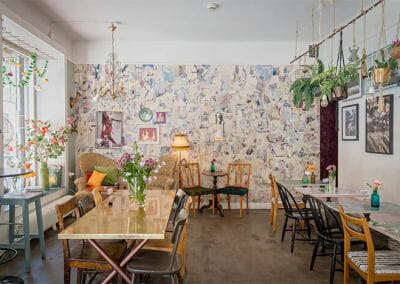 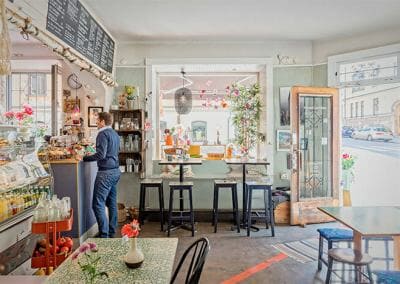 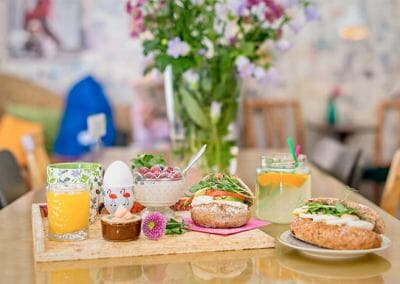 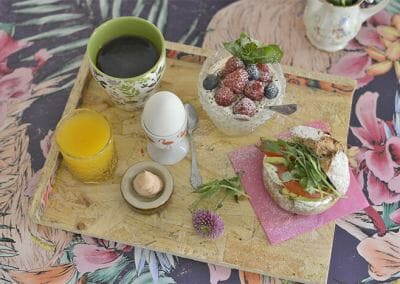 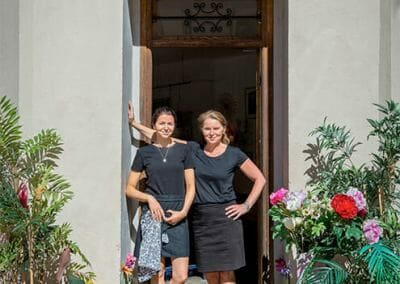 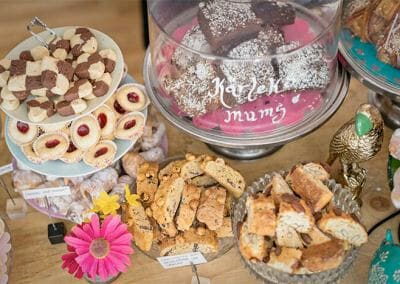 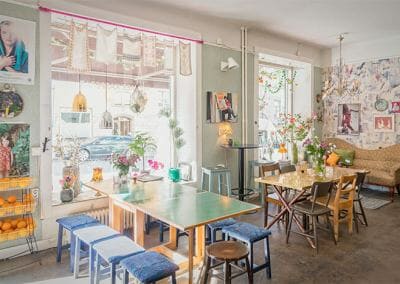 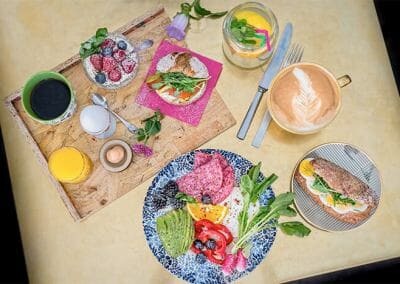 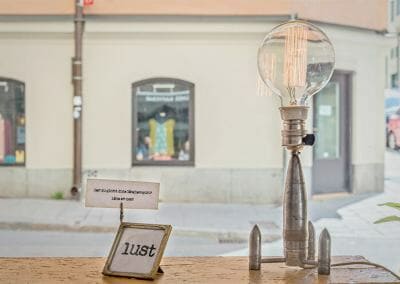 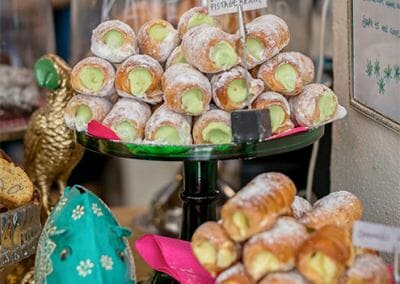 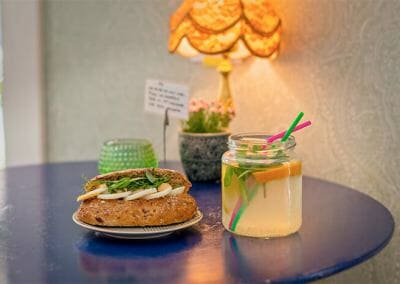