World of Toys – find the perfect toys for your children

A world full of toys – heaven’s place on earth. Bring the kids to World of Toys, find the perfect gift for the little ones, and say hello to the polar bear Maximilian.

Today, World of Toys has five toy stores at different locations in Stockholm. Here, you’ll find a wide selection of both trendy and classic toys. The shelves are filled with Pippi Longstocking and Moomins, Lego, and slime, as well as toys with a focus on learning mathematics, science, language, and geography.

The store in Gallerian in central Stockholm is not only the city center’s largest toy store, but there are also playing areas and activities for kids and grownups. You can meet the polar bear Maximilian, 2.6 meters tall, ride a dragon, or play games in the playing corner. Perfect when mom and dad want to look for gifts in peace.

And if you get lost in the toy jungle, there are always helpful and happy staff that gives you tips on great gifts and wrap them for you.

Welcome to World of Toys!

A wide and well-sorted selection

Play areas and activities in the store

Read more about World of Toys

World of Toys – classic and trendy toys for your children

Lego, books, slime, and games. Visit World of Toys, a paradise for kids with five stores in Stockholm. Here you can easily get the perfect gift for the next birthday or children’s party.

Annelie Karlsson and Ylva Bengtsson initially started a gallery for black and white photos at Arlanda Airport. They were both on maternity leave at the time and decided to combine business with family and children. In 2011, they were asked to take over a toy store at Terminal 5, and in 2013 they started another store at Terminal 2.

They also had a gallery in Stockholm city, but the photos took too much time, and therefore they turned the premises into a toy store. In 2015, they appeared as a pop-up in the mall Västermalmsgallerian, which attracted a lot of attention since there was no toy store around Kungsholmen.

In 2019 they opened in the mall Fältöveresten in Östermalm, and in the same year, they opened the gates to a new store in the city’s most central mall Gallerian. Today there’s a cluster of five stores spread across Stockholm.

At World of Toys, you will find a wide selection of trendy and classic toys. Well-known brands such as BRIO, LEGO, Playmobil, Hasbro, Teddykompaniet, Hansa, and Nature Planet are just a few examples. In the Swedish department, you’ll find popular children’s figures such as Pippi Longstocking, Pettson & Findus, Alfie Atkins, Mamma Moo, Bamse, Babblarna, and Moomin. In short, everything a child could ever wish for. Many products focus on educational learning in mathematics, languages, and geography.

“Our most popular toy is LEGO. It’s a bit like milk – it always sells,” says Annelie Karlsson, partner at World of Toys and adds:

“Besides that, people come to our stores because we have just as much large stuff as small pens, rubbers, and slime.”

The selection and sales vary in the various stores. At Arlanda Airport, they sell a lot of Pippi Longstocking, Moomin, and Emil Emil of Lönneberga sell since many tourists and business travelers visit these stores. The newest store in Gallerian also has a larger proportion of international visitors. Here, for example, there are Pippi Longstocking books translated into English, Chinese, and Italian.

The shop in Gallerian is the inner city’s largest toy store with 800 square meters of play and fun. There are two play areas where the children can test different toys, monkeys spinning in the ceiling, a play area where the kids can try out games, a giant astronaut, and a dinosaur.

Greeting the polar bear Maximilian who is 2.6 meters long, riding a dragon or getting loose in the shooting corner makes any child happy. There are many different things to look at and try while mom and dad look for gifts in peace.

World of Toys stores always strive to be as organized and easily navigated as possible. The walls are white and simple to accommodate all colorful toys. And by displaying related products – such as the Pippi book and the Pippi doll – they help customers find good combinations. If you should get lost in the playing field, there are always helpful and happy staff on site who are glad to give you tips on gifts and wrap presents.

Now and then there are events in the shops where the children can come and try, play around, and take advantage of offers. The idea is that the toy store should be an experience out of the ordinary where the children can run around and discover, squeeze, feel, and play, while mom and dad find this year’s Christmas gift or birthday present. 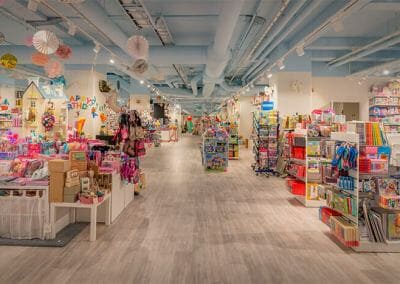 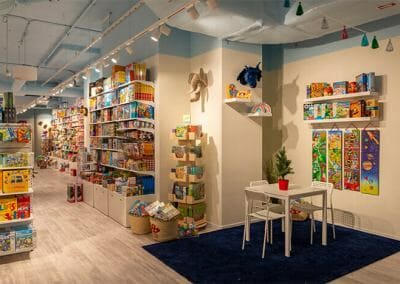 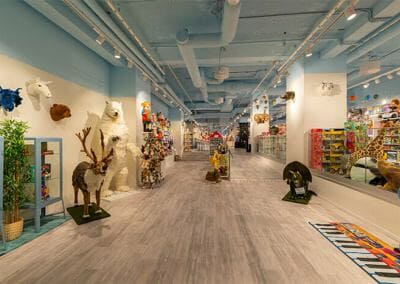 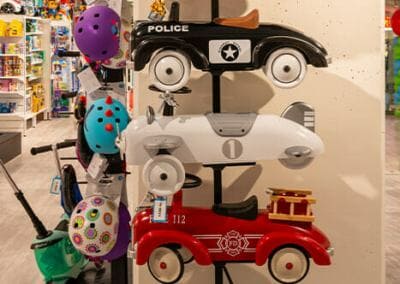 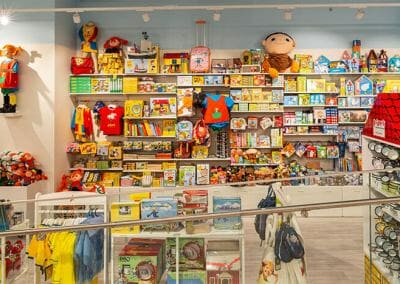 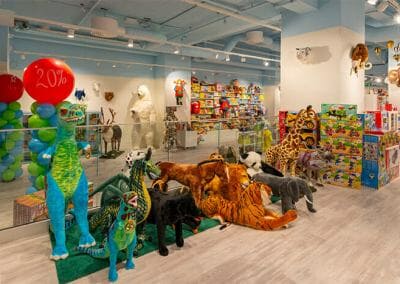 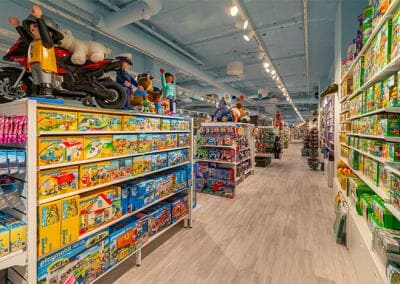 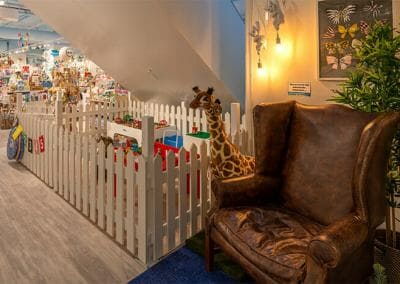 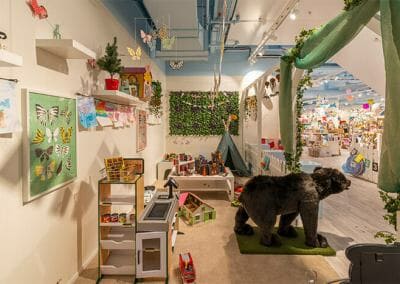 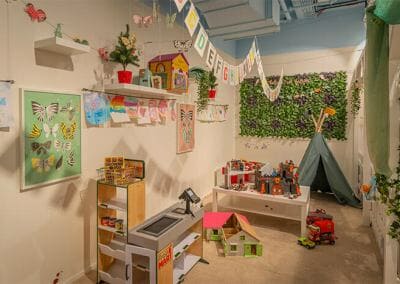 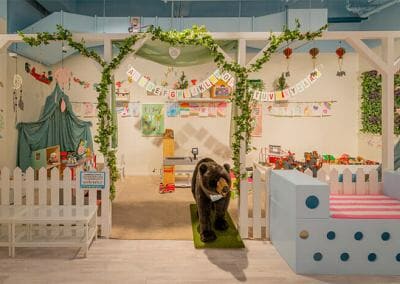 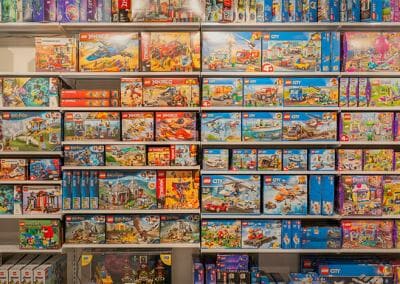