Arrival to Stockholm by airplane

Stockholm Arlanda Airport is Sweden’s largest airport and acts as an important hub for the Stockholm region and Scandinavia. It handles almost 20 million passengers each year, and 86 airlines are serving the airport. You can fly to 163 destinations around the whole world, so for the globetrotter this is a great starting point.

Besides taking you almost wherever you want, Arlanda offers you 50 shops, 42 restaurants, cafés and bars, 14 exchanges offices, and 15 other commercial services. There are also 5 hotels in and around the airport if you need a good night’s sleep; Clarion Hotel Arlanda, Jumbo Stay, Radisson Blu Arlandia Hotel, Radisson Blu SkyCity Hotel, and Rest and Fly.

If you go to Arlanda by car there are 21,000 parking spaces, and regardless which terminal you are travelling from, you are always close by your flight. It might be a good idea to book parking in advance to be guaranteed a space.

How to get to and from Arlanda Airport

Rental car
At Arlanda, you can rent cars at Avis, Budget, Europcar, Hertz and Sixt. The car rental offices are located at Arlanda’s car rental area, except for Sixt which is located at the Arlanda low-price parking facility Alfa.

Taxi
Taxis are available directly outside all terminals, and nowadays only ecotaxis serve Arlanda due to the airport’s continual environmental efforts.

Bus
Flygbussarna airport coaches run between the airport and Cityterminalen in Stockholm City. During peak traffic, they depart at least every ten minutes and stop outside each terminal.You can buy tickets in self-service machines in the terminals or at the bus stops, via sms or website, or on board the coach (only payment by card accepted).

Stockholm Bromma Airport is located 7.4 km northwest of downtown Stockholm and is the closest to the city. It claims the title of being Sweden’s third largest airport and handles about 2.3 million passengers each year. 14 airlines are currently serving the airport and it has 7 international destinations.

A major advantage of Bromma Airport is that everything is close at hand: check-in, security screening, services, baggage claim, ground transport and parking (900 parking places). There are also three shops and two restaurants for your convenience. And because of its proximity to Stockholm and surrounding neighbourhoods, environmental standards are extra tough.

How to get to and from Bromma Stockholm Airport

Taxi
Taxis are available directly outside the terminals. They are booked at the same time as your flight tickets, but can also be bought at the Flygtaxi counter outside the terminal. There are also environmentally friendly taxis, ask for an ecotaxi.

Bus
You can choose between both airport buses and local buses when you travel to and from Bromma Stockholm Airport. The airport coach departs from Cityterminalen in Stockholm and goes directly to the airport (driving time is about 20 minutes). The coaches run in line with flight arrivals and departures. You can also take the Stockholm Public Transport (SL) local bus to and from Bromma: SL bus 110 to/from Alvik, and SL bus 152 to/from Älvsjö station. Remember that tickets must be purchased in advance, which can be done via sms. See sl.se for more information.

Stockholm Skavsta Airport is an international airport near Nyköping, Sweden, located about 100 kilometres southwest of Stockholm right next to the main E4-highway. It is the fourth largest airport in Sweden, with the ability to handle 3 million passengers annually. The airport is served by low-cost airlines like Ryanair and Wizz Air, and cargo operators.

The terminal provides retail shops, restaurants, currency exchange and Internet services to our passengers and visitors. If you arrive by car, both long term and short term parking and the indoor parking together with drop-off zones are located close to the main terminal.

How to get to and from Stockholm Skavsta Airport

Rental car
Stockholm Skavsta Airport is easily accessible from the E4 motorway if you go by car. Car rental is available from five companies; Avis, Budget, Europcar, Hertz and Sixt.

Taxi
Taxi must be prebooked and it takes about 80 minutes to Stockholm city (the price is approximately SEK 1.500).

Bus
If you prefer to go by bus Flygbussarna Airport coaches operates to and from the airport. 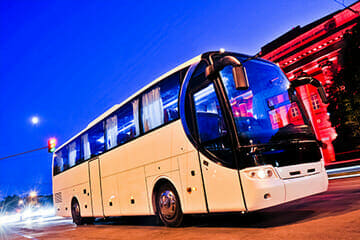 Getting to Stockholm by bus 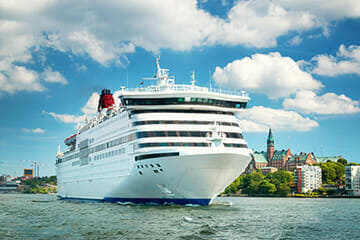 Getting to Stockholm by boat 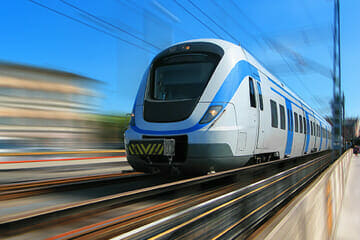 Getting to Stockholm by train 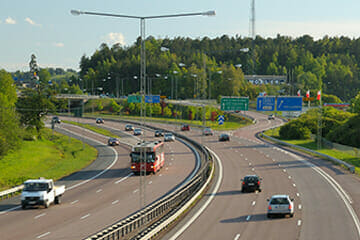 Getting to Stockholm by car