See & Do

The best way to experience the streets of Old Town is to walk. In this district, Stockholm was founded in 1252, and therefore most houses have a history that goes back to the medieval times.
Last updated: August 25, 2021
Let’s start with a more modern building. The Parliament House was built in the late 19th century, and it’s the workplace for the Swedish Parliament. When the building was reconstructed in the 1980s, they found the remains of the Stockholm city wall from the 16th century. 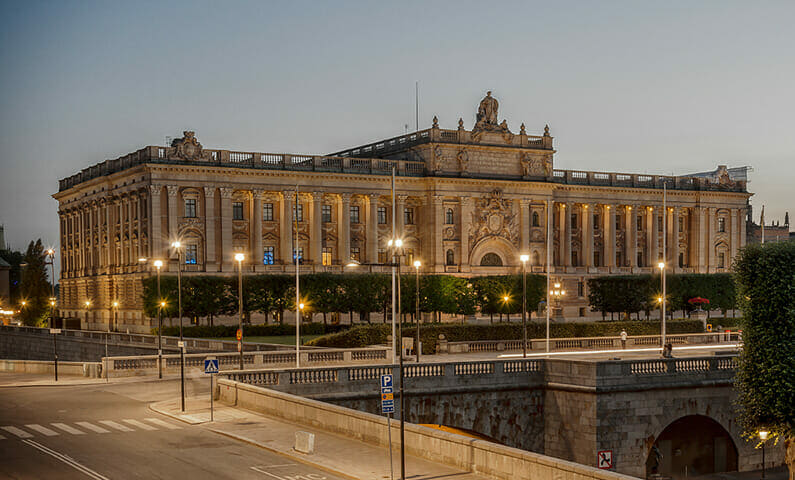 The Swedish Parliament House – Photo credit: © Anders E. Skånberg
We continue towards the Royal Palace, the King of Sweden’s official residence and the daily place of work for The King and Queen. The castle has 1430 rooms, of which 660 have windows. There are staterooms and banquet halls, but also the Hall of State, The Royal Chapel, Gustav III’s Museum of Antiquities, the Treasury, the Royal Armoury, and The Kronor Museum. If you arrive here at 12:15 pm on a weekday or 1:15 pm on holidays and Sundays, you can see the Changing of the Royal Guard where the guard marches up to the palace.

Changing of the Royal Guards outside the Royal Palace
Close to Stockholm Royal Palace, you can spot Sweden’s national cathedral, Storkyrkan (‘The Big Church’), on the highest plateau of Old Town. The church was built in the 13th century, and both royal crownings, weddings, baptisms, and funerals have taken place here.

We take Slottsbacken and Österlånggatan towards Köpmantorget. Here you can find the bronze statue Saint George and the Dragon, ordered by Sten Sture the elder in order to be remembered as the one who saved Stockholm from the Danes. The statue is a copy, and the original, made of wood, can be found inside Storkyrkan.
On Österlånggatan you can find many art galleries, and also Sweden’s – and the world’s – oldest restaurant to have the same surroundings – Den gyldene freden (‘The Golden Peace’). It was opened in 1722 and was like a living room for famous cultural persons such as Jussi Björling, Carl Michael Bellman, Evert Taube, Anders Zorn, and Cornelis Vreeswijk. Nowadays, the Swedish Academy owns the restaurant, and every Thursday they eat dinner in the Bellman room. 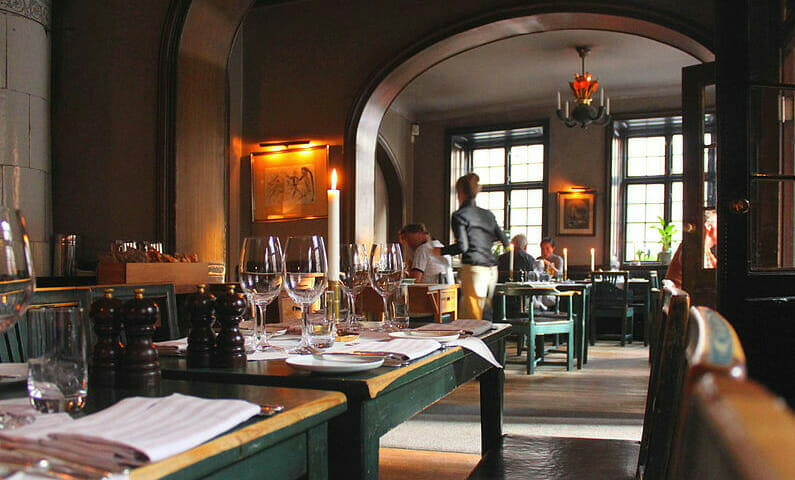 Den gyldene freden – Photo credit: © Benreis / Wikimedia
Close to Den gyldene freden is the street Prästgatan. On Prästgatan 78, the artist Carl Larsson was born in 1853. His parents run an inn that didn’t serve alcohol in the house, but unfortunately, the Stockholm residents were thirsty at the time and the inn went bankrupt. Carl’s father left, and Carl and his mother were evicted. It would take him 30 years of poverty, some time at the Royal Academy of Fine Arts, and two trips to Paris before he could make a living off his art. Ironically, Carl Larsson is best known for his aquarelles picturing idyllic family life.
Close by is Järntorget (‘Iron Square’), formerly a trading site where iron was sold. The city’s oldest café – ‘Sundbergs Konditori’ shop from 1785 is located here, and so is a statue of the famous Swedish singer-songwriter Evert Taube waiting for a taxi.

We turn into Västerlånggatan, the main street of Old Town, lined with shops. Here is Mårten Trotzigs gränd (‘alley’), Stockholm’s narrowest street – only 90 centimeters on the narrowest part. Mårten Traubtzich was a German merchant and the city’s richest resident. At the end of the 16th century, he bought the houses in the alley but was murdered in 1617. 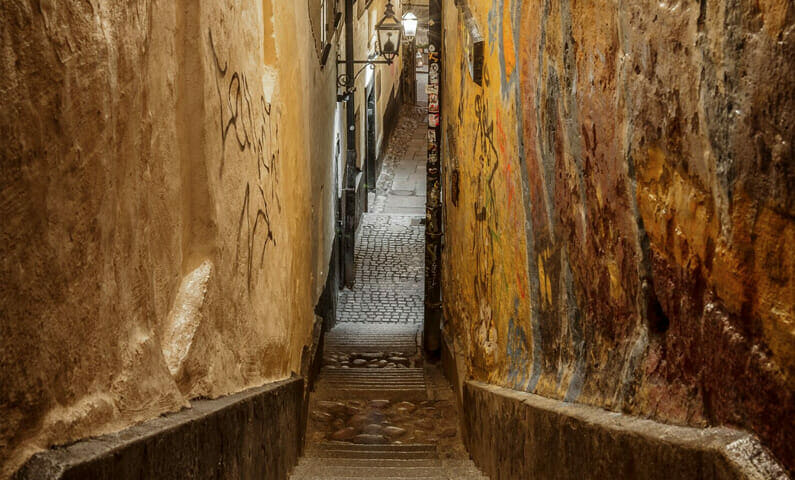 Mårten Trotzigs gränd – Photo credit: © Anders E. Skånberg
We continue towards Stortorget, the oldest square in Stockholm. A month before Christmas, a Christmas market is held here, and the square is filled with small booths selling mulled wine and handmade products. But Stortorget has not always been this idyllic. In 1520, Stockholm’s bloodbath took place here. The Danish King Christian II, more known as ‘Christian the Tyrant’, deceived the nobility to celebrate his crowning in Stockholm. Instead, there was a trial was held where 92 people were sentenced to death. Between November 7 and 10 1520, 82 people were beheaded and 10 were hanged. 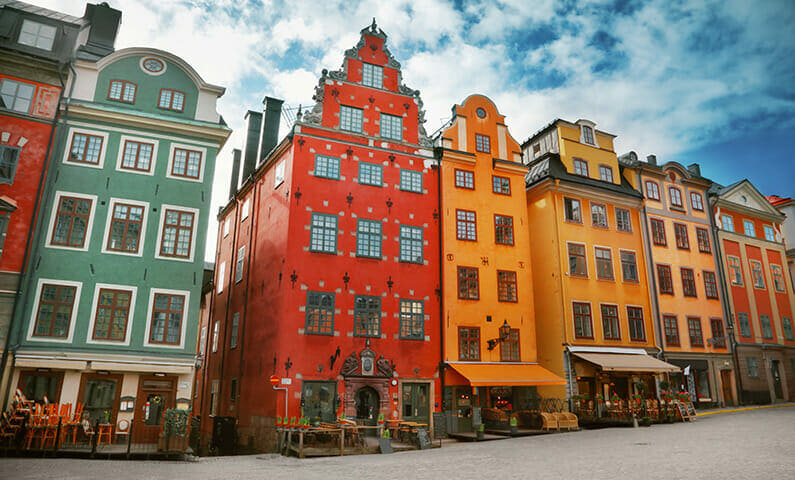 Stortorget
A nicer fact is that the oldest street in the city begins at Stortorget. Köpmangatan dates back to the 14th century. At Stortorget is also the home of the Nobel Museum, where you can learn more about the Nobel Prize and the Nobel Prize winners.
We finish our walk on the streets of Old Town at one of Stockholm’s most beautiful buildings, The House of Nobility (‘Riddarhuset’). The palace was built in 1641 to 1674, today it’s owned and conducted by Sweden’s cavalierness and noble families. Here you can take a guided tour and sometimes there are concerts. Next to the House of Nobility, a bridge crosses to Riddarholmen where you can find the Riddarholm Church. The church was opened in the year 1300, and nowadays it’s a royal funeral church. These days Riddarholmen doesn’t have any residents anymore, but the district is well worth visiting and has many historic buildings just as beautiful as the ones in Old Town. 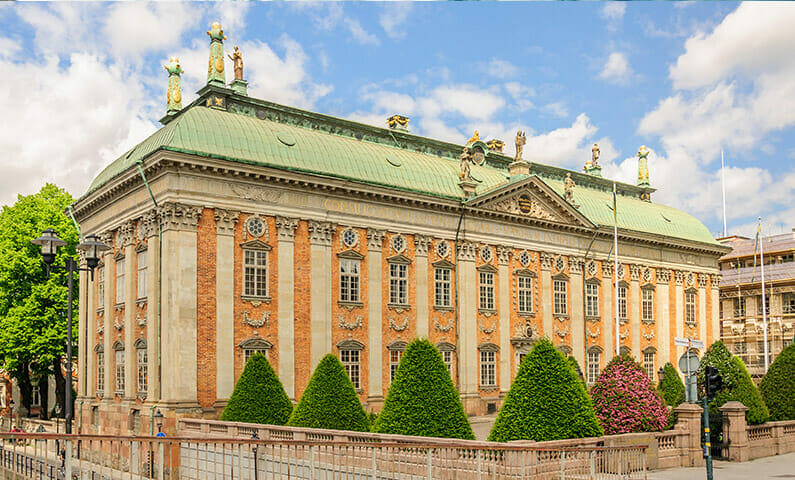 The House of Nobility
We wish you a great time walking the streets of Old Town in Stockholm!
Did you like this article? Please share!
Previous article
← Your guide to celebrating Halloween in Stockholm 2021
Next article
Sverigemotiv.se - get your beautiful posters of Stockholm online →
You might also like these articles 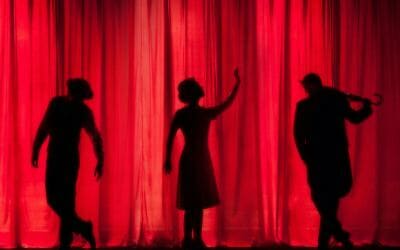 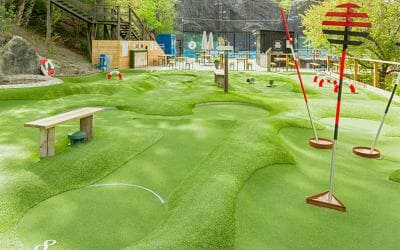 Your guide to mini-golf in Stockholm

ActivitiesDo you want to play mini-golf in Stockholm? Great idea! Few activities give you a better summer vibe than grabbing the club, placing the golf ball, and playing an exciting 18-hole tournament with friends or family. And nowadays you don't even have to wait... 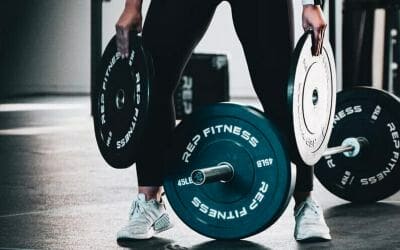 The best gyms in southern Stockholm

Health & BeautyDo you live or work south of Stockholm (söderort) and want to start exercising? Are you looking for a new gym in the city's southern areas? Then you'll find a lot of great training facilities for those who want to get moving and reach their training...