In just a few months, Un Poco on Karlavägen became one of the city’s hottest restaurants. View Stockholm have asked two of the men behind the restaurant and bar how it all happened.

Elias Karroum, who started and runs the Beirut Cafe on Engelbrektsgatan, and Emilio Collocolo from old Tarantino on Roslagsgatan, are two of the owners of Un Poco, one of the most interesting restaurants right now.

The two of them meet at the restaurant a grey November morning to talk about how the idea was born.

– Emilio, who has been in the food industry his whole life, myself and Axwell and Sebastian Ingrosso from former Swedish House Mafia put our heads together to think about what the four of us could do. We thought about a restaurant that would feel like a mix of “New York and fusion”. We brainstormed on various dishes that we had eaten at such places, and then we created our own concept, says Elias Karroum. The result was a success from day one.

– The most important thing is that the quality of the product is good, and we felt that it was. The whole thing was brilliant, everything worked out. Un Poco opened in April 2013 and in the summer of 2014 Un Poco bar was added, a “back pocket” that is both a bar and a restaurant. The audience is mixed, just the way it should be, according to Elias. This is a place for families, older couples and younger heading out to party in the Stockholm nightlife. 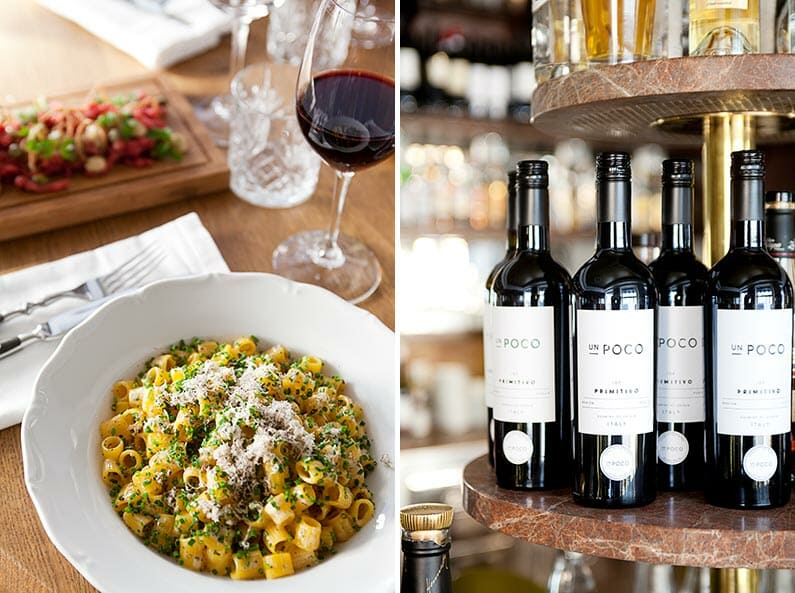 The atmosphere and menu are both Italian and international at the same time. The most popular choice is the tasting menu that both Emilio and Elias recommend.

– It consists of almost all of the rest of the menu. You get a little taste of each dish and it’s a way to make it easy for our guests. There are some starters, some pasta, and meat and fish. Then the whole dinner is ready, says Emilio who is running the restaurant. The entire Mediterranean food traditions are based on these sorts of menus with many small dishes, says Elias.

A relatively new option at Un Poco is called “The VIP”.

– It’s a chambre separéet for eight to twelve people who want to enjoy a tasting menu, says Emilio.

How do you promote a new restaurant like Un Poco? How does it work when suddenly “the whole city” knows about a new place?

– We have never worked with regular promotion, neither for Beirut cafe or Un Poco. For example, we have never advertised in newspapers or magazines, says Elias. Instead, it is important to be seen in social media and getting good reviews in the tabloids. That attracts people.

Nor is it wrong to have your own high quality wine, which has become so popular that it’s now sold in Systembolaget (the only retail store allowed to sell alcoholic beverages in Sweden). The wine, Un Poco, comes from the small town Taranto in southern Italy, located on the inside of the “heel”, explains Emilio whose family comes from the area.

Time for dessert: what will we have?