- personal and exclusive in Old Town

The hotel chain The Collector’s Hotels was founded in 1974 by the Majlis and Gunnar Bengtsson. On trips abroad Gunnar collected marine antiques, which made their home something of a museum.

Majlis, who had been raising four children, wanted to start something new – and next thing you know the pair had bought premises on Västerlånggatan in Old Town (Gamla Stan) and opened the Lord Nelson hotel, decorating it with Gunnar’s collection of antiques.

At barely six meters wide, Lord Nelson holds the title of Sweden’s narrowest hotel. Lord Nelson was a British Admiral, something that is reflected in the interior: the doors have porthole windows and the rooms are named for ship models, with a model of the boat inside the room. 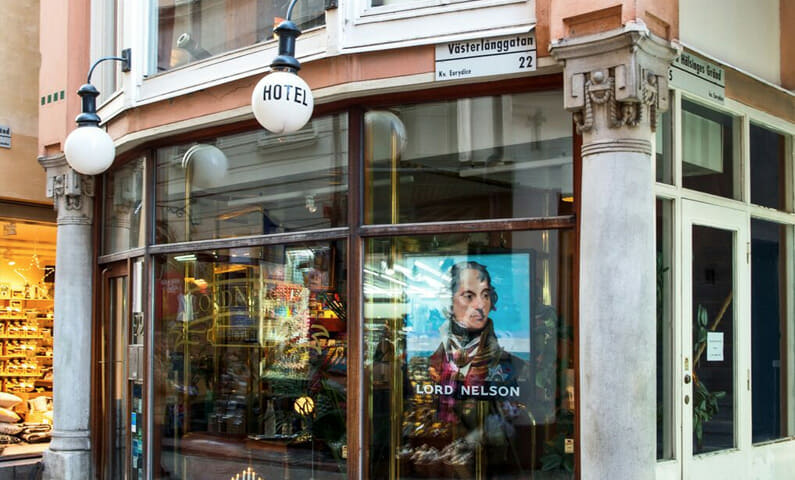 Hotel Lord Nelson on Västerlånggatan
Lady Hamilton was opened in 1980 and is named after Lord Nelson’s mistress. Here the décor is more romantic: the walls are adorned with Swedish folk art and the rooms are named after mountain flowers. The lady rooms come with a feminine travellers kit, which includes newspapers, a book and skin care products. The hotel also has a sauna and relaxation area. On weekends there are two seatings for Afternoon Tea: 12:30 pm to 2:30 pm and 3 pm to 5 pm. 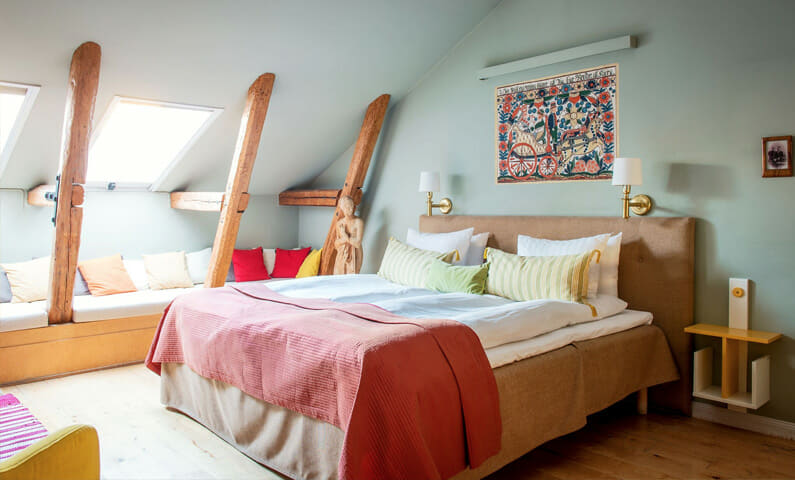 A hotel room on Lady Hamilton

Our regular customers really appreciate the hotel’s character, the personal service, the charmingly decorated rooms, and the odd collection of objects

The flagship of the hotel chain, the Victory Hotel, opened in 1987 and is named after Lord Nelson’s ship HMS Victory. The rooms are roomier and more luxurious, and have been named after various sea captains. At Victory Hotel you’ll also find suites and a conference area. And the historic building holds a piece of defensive Stockholm from the 1300s, as well 18,000 silver coins that were buried in the 1700s. 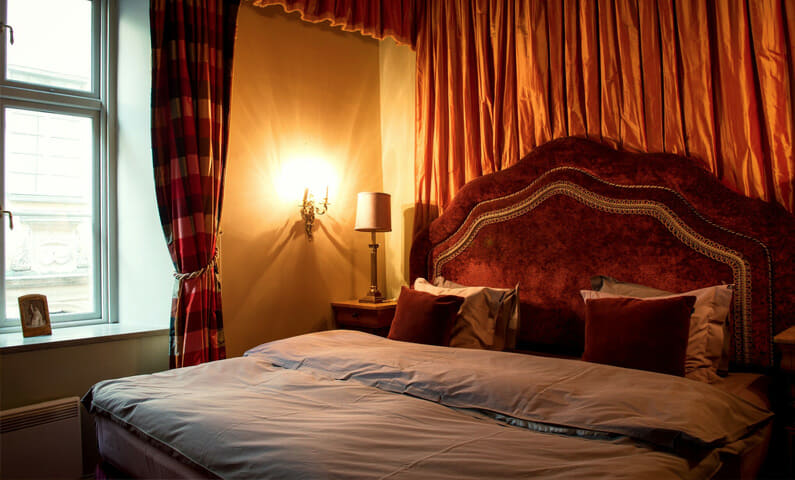 A hotel room on Victory Hotel
The Collector’s Hotels restaurants and wine cellars are all located on or adjacent to the Victory Hotel.

At the meat worshiping restaurant Djuret (which means ‘animal’ in Swedish) one animal is served each month, with the entire animal being used, and the selection of meat selection following the seasons. In the autumn deer, wild boar, and elk are served, while the spring brings red deer, duck, and horse. The menu consists of four to six dishes. 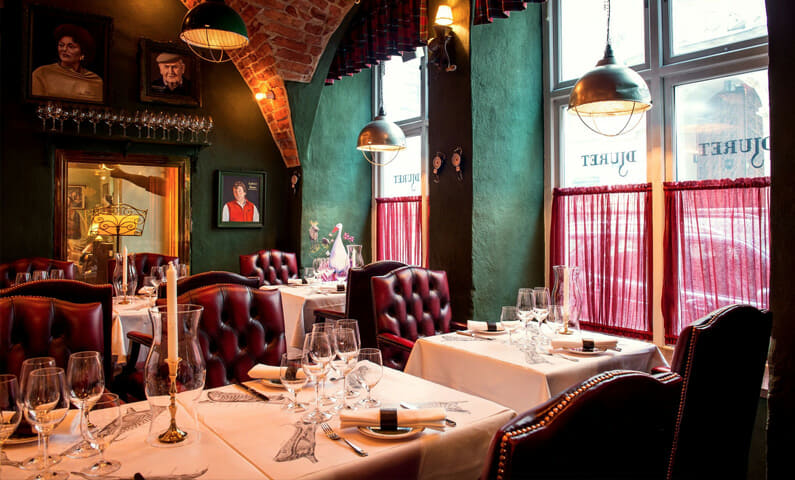 Enjoy delicious meat at the restaurant Djuret
Pubologi at Stora Nygatan is a gastropub serving an a la carte menu under the motto Fine dining is dead.

On Omakase Köttslöjd (‘Meat Carving’) the raw materials are brought into focus. Here you get cured meats in all dishes – even dessert. The chef sources the meat himself and the restaurant gets its meat from Järvsö. Thursday to Saturday an exclusive 24 guests watch as the 18-22 dishes prepared.

If you want to avoid having to choose, you can try two favourite dishes from the restaurants in the bistro at The Burgundy wine bar, where one of the city’s largest wine cellars is located.

If you’d rather have a drink in a comfortable armchair, Tweed is the place for you. The interior gives the feeling of a British living room: cabinets, leather chairs, and tweed-clad walls surround you as you take your whiskey in hand. You can also book a table and enjoy simpler food.