You can also special order shoes and boots from Tricker’s, and custom made tweed and classic business suits from Bladen. In addition to the physical store, Tweed Country Sports has an online store.

Learn all about country sports and the clothing, footwear, and equipment

In the Tweed Country Sports’ showroom, you’ll find British heritage fashion from brands like Bladen and Tricker’s. The country-style has its roots in sports such as horse riding, hunting, fly fishing, and golf. Tweed Country Sports has preserved the traditional, like three-piece costumes and pants with a high waist, but also updated the style, so you don’t feel like you’ve dressed up.

“My grandfather was always dressed in tweed. Even when he was doing gardening, but then he wore the more torn jackets,” says Karl Oskar Källsner, owner of the store, that has had an interest in clothes and tweed since he was a child. The thing about tweed, says Karl Oskar, is that you use mixed yarn, so several colors are woven together in a pattern. It gives a color richness and depth in the textile.

From the beginning, tweed was considered a camouflage fabric, and it looks different depending on the light. Tweed is made of wool, which is a natural material with many functional characteristics. The fibers are made up of proteins, which result in the fabric not getting cold in the same way as others when the weather is humid. Since it can withhold moisture when it’s wet, it also becomes moisture-resistant.

In 2006, Karl Oskar discovered that no store was specialized in tweed and British country style. Therefore, he checked out British brands that had their own production and went to England. In 2007 Tweed Country Sports opened an online store and a showroom in Vingåker (a town located in Södermanland 170 km from Stockholm). It turned out that many more wanted the British style, and three years later Tweed Country Sport had outgrown Vingåker and moved to Rörstrandsgatan in Stockholm. Nowadays, the store is located on Odengatan in Vasastan.

Today the store has suits, blazers, shirts, jumpers, ties, bow ties, jackets, and shoes, and also some women’s clothes. And if it’s not available in the shop is available to order. Several of the stores’ brands were quite unknown in Sweden before Karl Oskar introduced them. Like Trickers. Their shoes and boots are made in Northampton, England. On Saturdays, you can customize your Tricker’s shoes and choose fitting, model, sole, and leather. The shoes are shipped within two to three months.

Bladen, which were also pretty unknown before, also accept customized orders on their tweed and business suits in classic Savile Row style. You choose buttons, lining material, and textiles, and the suit’s armholes, sleeve width, and buttoning height can be adjusted. Delivery time is six to eight weeks.

“We help you get a well-dressed style that feels casual and informal,” says Karl Oskar. 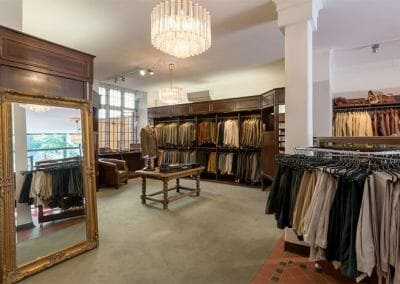 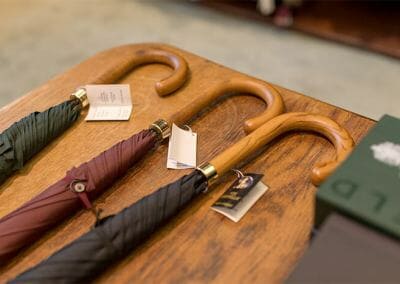 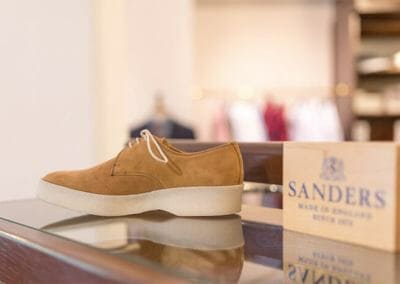 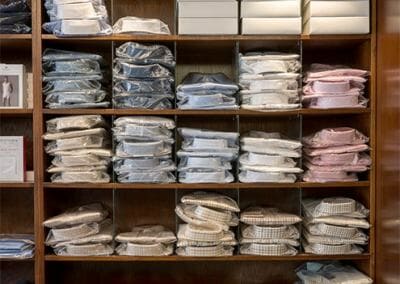 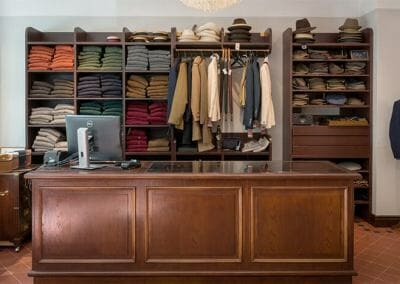 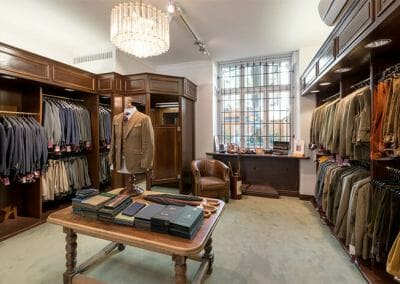 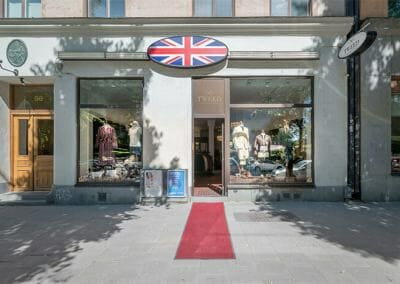 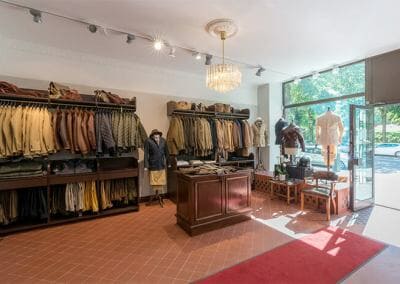 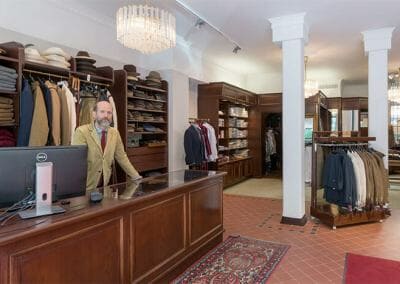 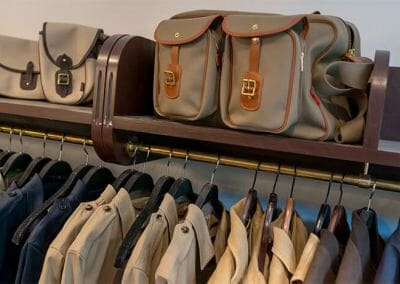 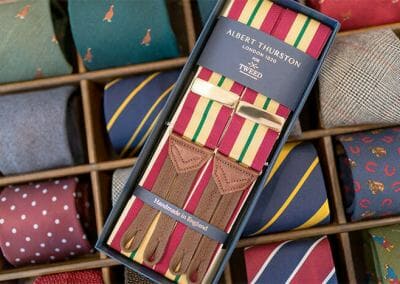 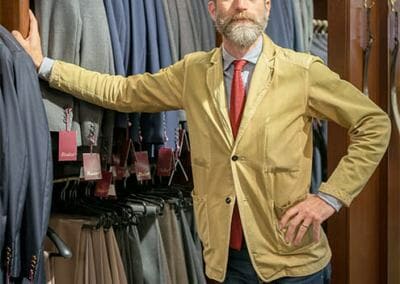