Stockholm’s Viking museum, Vikingaliv – The Viking Museum, opened in 2017 in an old boat hall in Djurgården, between the Vasa Museum and Gröna Lund. The museum wants to bust myths and change the outdated knowledge of Vikings and, at the same time, offer an entertaining experience for both children and adults.

The most popular feature of the museum is the adventure ride Ragnfrid’s saga, where you sit in a carriage and take an 11-minute journey into the Viking Age. The trip is offered in Swedish, English, Russian, Finnish, Chinese, Spanish, Italian, French, and German. The Viking Museum also offers guided tours in English or Swedish by the museum’s trained guides.

At the museum, you’ll also find the lunch restaurant Glöd, which serves Scandinavian food with a fantastic view over the water towards Skeppsholmen. Next to the restaurant is a museum shop with self-designed souvenirs and unique objects, all inspired by the Viking age.

Welcome to The Viking Museum – Vikingaliv!

The Viking Age is one of the most mythical eras in Nordic history. At The Viking Museum in Stockholm, you can both be fascinated and horrified by the hard life of the Vikings through film, audio, scents, and fictional characters.

In 2017, the museum Vikingaliv – The Viking Museum opened in an old boat hall in Djurgården, between the Vasa Museum and Gröna Lund. The Viking Museum was founded as a private initiative to spread knowledge about the Vikings and to dispel myths about them, says Tora Larsdotter Andersson, marketing coordinator at the museum.

“We want to both entertain and educate visitors at the same time. Plundering and war were not the everyday life for the Vikings; they were more like us than many people think. For example, they had a rich cultural exchange with the east. As proof of this, more coins per square meter have been found in Gotland than in Arab countries,” says Tora Larsdotter Andersson.

In the museum’s permanent exhibition, several objects are exhibited, and together with audio, films, and scents, visitors can enjoy the cruelty of the Viking Age and the hard life at sea as well as the everyday work on land. Visitors get to meet Leifur and Estrid, two re-created characters from the Viking Age, who tell exciting stories.

“Leifur is a copy of a real Viking. He is reconstructed using DNA from bone remnants found in Sigtuna outside of Stockholm. An interesting detail that has appeared about Leifur is that he was a vegetarian.”

If you want to immerse yourself further into the Viking Age, you can take a guided tour that is held once an hour in Swedish or English.

“Our guided tours are one of the museum’s strengths. We have guides who are trained in various fields of archeology and who are very committed and have a personal approach.”

The museum’s most popular attraction is Ragnfrid’s saga, where you sit in a carriage and begin a dramatic journey of 11 minutes into the Viking Age. The tour starts at the home of Ragnfrid and her husband Harald on a farm in Frösala and then continues with, among other things, plundering in the west and slave trading in the east. This exciting adventure is offered in Swedish, English, Russian, Finnish, Chinese, Spanish, Italian, French, and German.

“In addition to the museum’s permanent exhibition, we also have temporary exhibitions, and on weekends we arrange fun events such as rune carving or Viking tattoo.”

Internationally, there is a lot of interest in Vikings, not least as a result of being seen in popular culture, for example, in the TV series Vikings on HBO.

“We have a lot of international visitors. Some have gained their interest in Vikings through popular culture, and then there are Americans, for example, who have become interested in Vikings because they have Scandinavian descendants. There has been a demand for a proper Viking museum in Sweden, and we want to fill that demand.”

After finishing the museum tour, you can have lunch at the restaurant Glöd in the same building. Here you can enjoy the nice view of Skeppsholmen while you taste the Wild Viking Stew or enjoy a cup of coffee.

Next to the restaurant is a museum shop where you can buy self-designed souvenirs as well as unique items, all inspired by the Viking era.

“One of the most popular products is a necklace with moose teeth. It’s unusual to find anywhere else.” 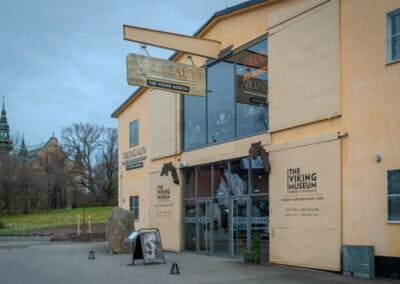 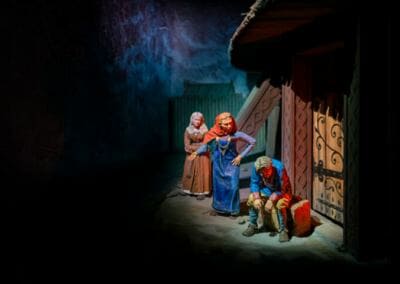 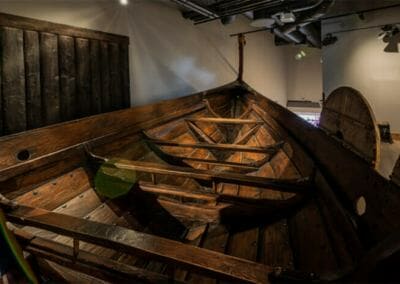 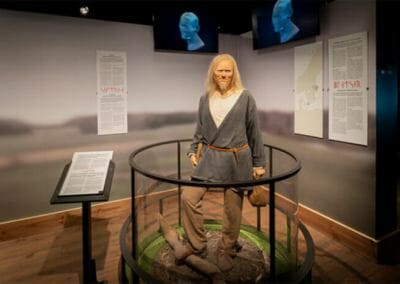 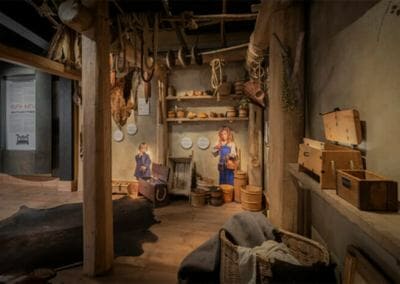 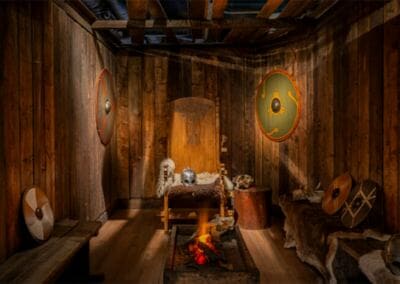 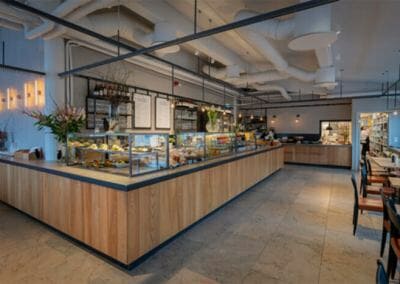 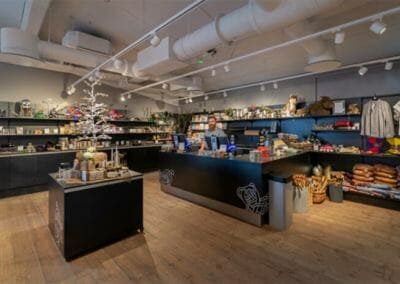 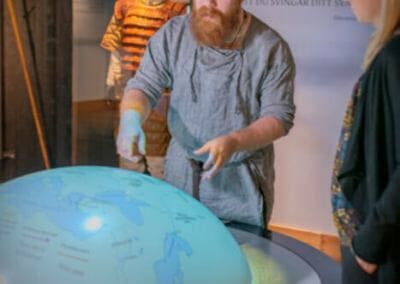 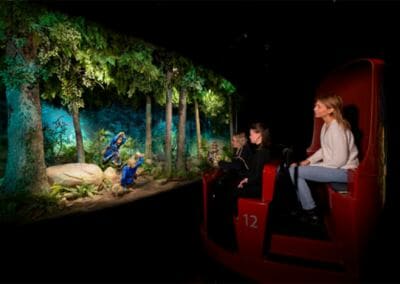 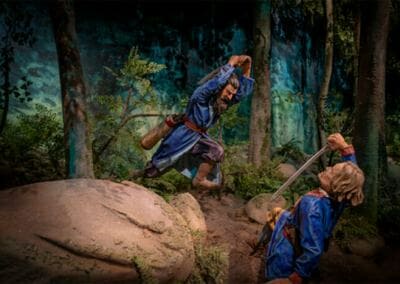 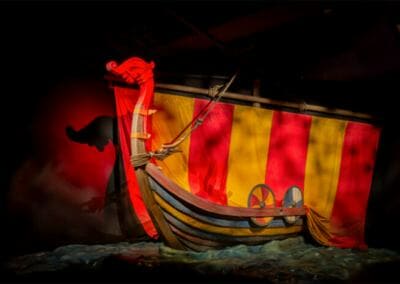