Stockholm Toy Museum – a playful museum underground for all generations

A fantastic collection of over 40,000 toys in a spectacular exhibition in 2500 square meters of tunnels under the ground on Skeppsholmen. Does it sound like a fairytale? It is, and everyone – both old and young – can come and play in it.

In 2017, the Toy and Comics Museum at Tidö Slott just outside of Västerås moved to Stockholm. The museum at Tidö opened in 1974. Carl-David von Schinkel and his father had devoted a lot of time to toys, and over the years put together an incredible amount of interesting objects. This collection is the basis for Stockholm Toy Museum – Europe’s largest privately-owned toy collection.

In Bergrummet on Skeppsholmen set designers, and craftsmen have created an incredible environment to be able to show off von Schinkel’s collection of toys to a larger audience. Professional sound and lighting designers have worked on the long aisles to make the experience as amazing and interesting as possible. The approximately 40,000 toys are arranged thematically and the collection spans chronologically from the 15th century to the present day. The collection includes items in mint condition, but also worn objects – toys almost loved to bits by their owners.

The stylishly designed showcases and cabinets are filled with all toys imaginable: from cars, trains, and planes to dolls, soft toys, and games, from mechanical toys, dollhouses, and pedal cars to Gameboys. In short, here you will find toys that arouse memories from childhood irrespective of which age the visitor has. And this is one of the most wonderful things about Stockholm Toy Museum, that both grandparents and grandchildren have equal fun, and can tell each other about the toys you played with as a child. Between the displays, there are about 60 information stations where monitors, in many different languages, help interested visitors with more facts about the objects.

A large part of the collection consists of comics, many of which come from the Comics Museum in Köinge. Here you will find old black and white cartoon characters and more modern heroes such as Bamse, The Phantom, 91 Karlsson, Lucky Luke, Tintin, and many more. Look out for original drawings by Charles M Schulz, the creator of Peanuts, and Don Rosa, one of the most famous Donald Duck cartoonists.

Among the more spectacular objects at the museum is a Volvo Amazon, which has been cut lengthwise and turned into a stand filled with toy cars. Another popular attraction is the stand with toys from the Royal family. It is filled with toys that Swedish princes and princesses have played with over the years. At the entrance, you can admire the present King Carl XVI Gustav’s red pedal car. The oldest object in the museum’s collections is a 15th-century doll found in a children’s grave in Peru.

In addition to the permanent exhibition, temporary exhibitions are shown on many different themes such as toys, photographs, or motorsport, because Stockholm Toy Museum has two sister museums: the motorcycle museum MC Collection and Tidö Slott Bicycle Museum. The museum also organizes events on themes such as Casting Tin Soldiers, Collecting My Little Pony, and second-hand toy markets. Make sure to check the homepage for more information about current activities.

In the museum’s more interactive parts, children can dress up, bathe in Scrooge McDuck’s money, sit on the Phantom’s throne and compete in hobby horse jumping. When fatigue sets in, head to the small café serving simple dishes, pies, sandwiches, and cakes. After a much-needed energy boost, the museum exploration can continue and perhaps end with a visit to the nice toy gift shop. Here you will find a well-chosen assortment of classic, old-fashioned toys, and stuffed animals.

A playful museum where all ages have fun

An extremely large collection with a lot to look at

The fantastic environment in Bergrummet's halls 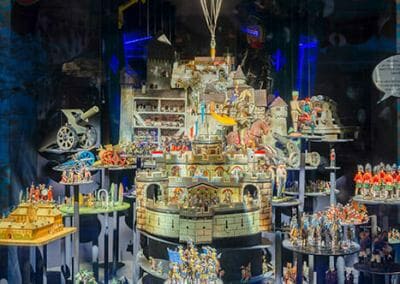 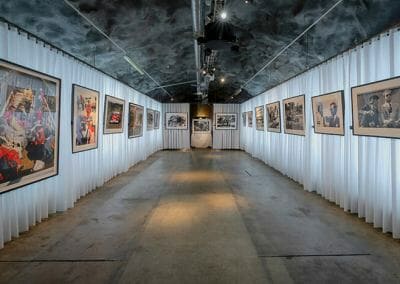 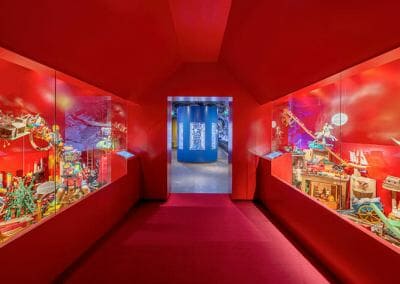 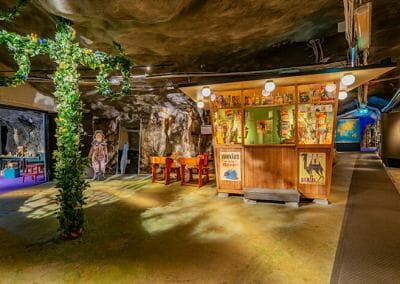 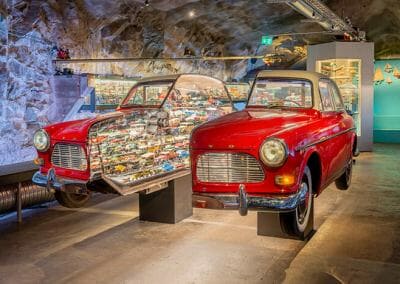 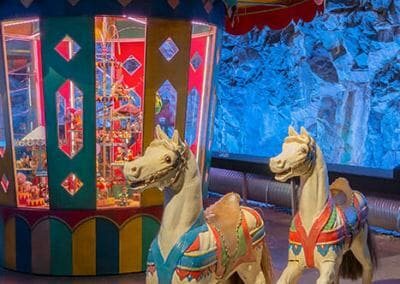 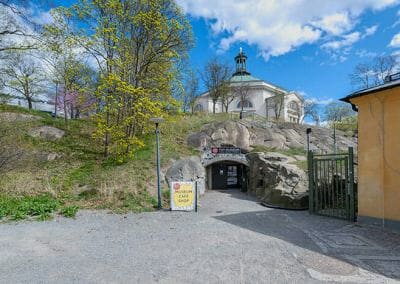 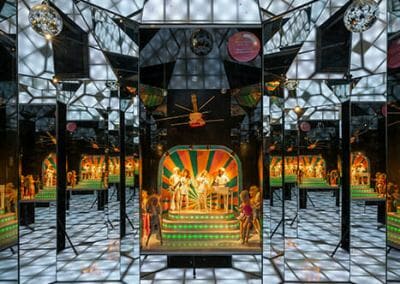 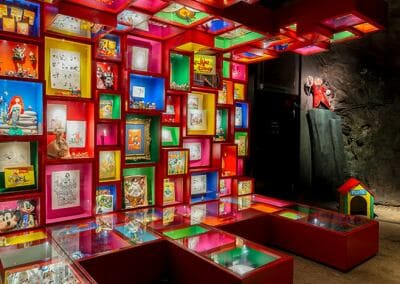 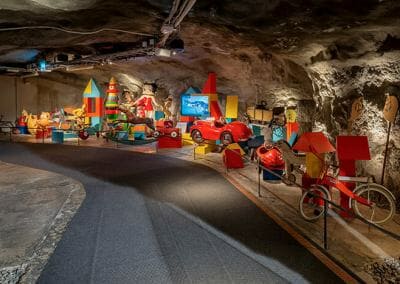 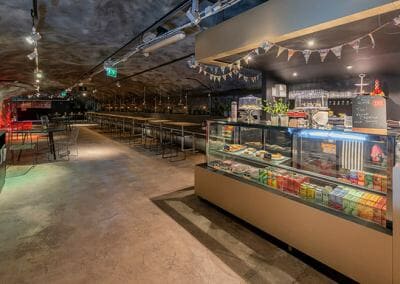 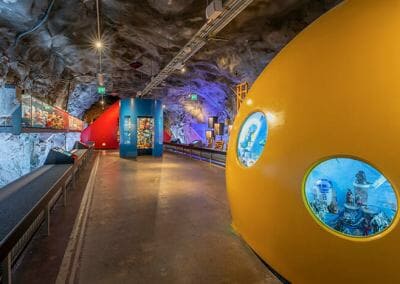