StikkiNikki is the pink organic gelateria that serves homemade organic ice cream in its eight stores in the Stockholm area. The gelato is made of organic ingredients, without additives or flavorings. Try the classic Belgian chocolate or some temporary flavor like beer and lemon sorbet.

Half of the flavors are vegan, such as the mango sorbet or the coconut ice cream. Eat at the store, or bring a pint or liter home. StikkiNikki also offers catering for events and tasting in groups of 6-12 people.

Fresh ice cream for the day

Made of only fine simple ingredients, organic as much as possible

The shops often have new flavors

The cream-pink walls are filled with illustrations: The StikkiNikki cow that makes ice cream, fruits around the word Organic and smiling ice balls with the text Real Italian Gelato. The gelateria StikkiNikki has one purpose – serving scoops of organic ice cream.

Nicole Emson grew up in Texas, but left the United States to work as a confectioner all over the world. She started StikkiNikki 2008, one year after she came to Sweden. The name StikkiNikki is her nickname as a child.

The plan was to open a wedding cake place, but instead Nicole found a kiosk where she started to sell organic gelato. There was no doubt that the ice cream should be organic – a little sugar every now and then isn’t very dangerous, she believes, but she has always avoided chemicals. And organic turned out to be exactly what people wanted:

“There aren’t many producers that think consciously and sustainably when making ice cream,” says Nicole.

The store on Götgatan opened in May 2011. Today you can find StikkiNikki in eight places in Stockholm. But even though the company is growing, StikkiNikki still feels small and cozy. That’s because it’s still run by the same people as 2008.

“The secret behind our good ice cream is nothing but fine and expensive ingredients,” says Nicole.

Three people start early in the morning to make the gelato manually before it’s delivered fresh to the stores. Everything is made from scratch, with organic ingredients like organic milk, eggs from freerange hens, and raw sugar. StikkiNikki never uses additives or flavourings. Real strawberries are used for the strawberry ice cream, they scrape the vanilla extract from the vanilla pods themselves, and they bake their own cookies for the cookie dough flavour. It’s a small-scale production. From each batch they get three boxes of ice cream, which means they can guarantee that everything they deliver has high quality.

One of the ingredients that contributes to the consistency of the gelato is air. But there’s no reason that half of the ice cream should consist of unnecessary air, which is usually the case when it’s factory-made. Since StikkiNikki’s gelato is made manually, it only contains one fifth of air.

On the menu there are some standing favorites, such as Belgian chocolate and mango sorbet. Half of the flavours are vegan, like coconut and all sorbets. In addition, new, unique flavours are always added. Soft whey butter, Roquefort with walnut and honey, Sea salt and olive oil, or Beer and lemon sorbet, to name a few. Many of the flavours have been suggested by customers.

But good ice cream isn’t the only thing you get when you enter a StikkiNikki store. Friendly treament is just as important, and that’s something Nicole hopes rubs off:

“Everybody knows that nice people get bigger scoops of ice cream,” laughs Nicole. 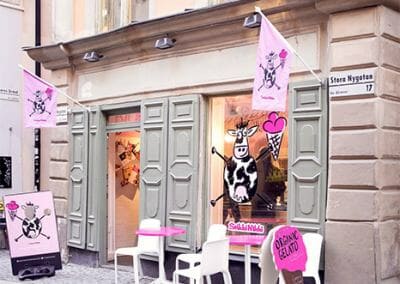 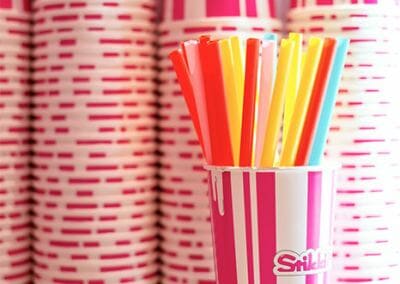 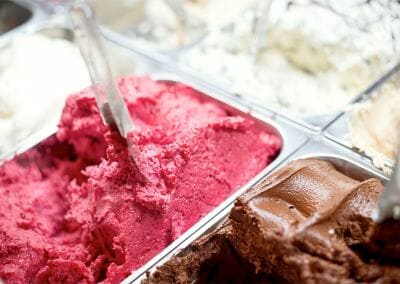 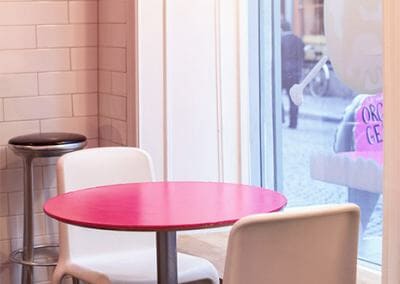 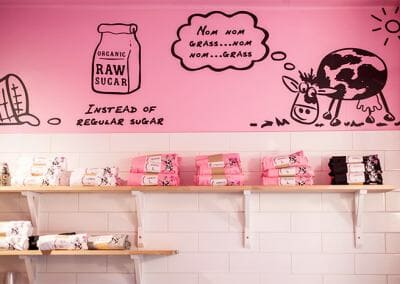 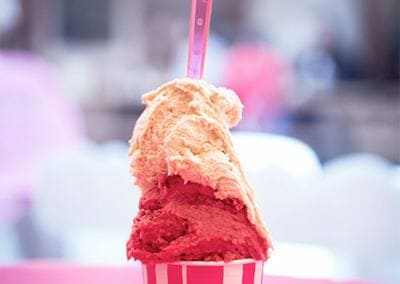 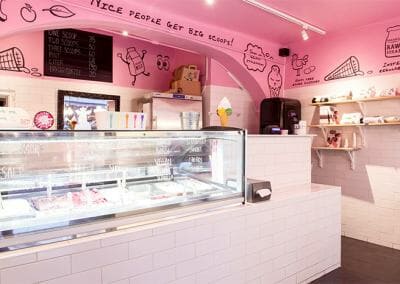 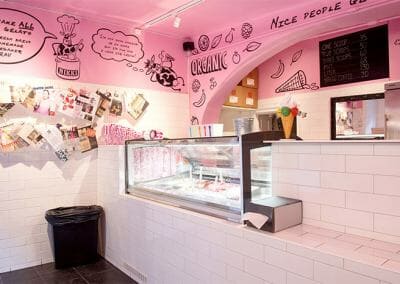 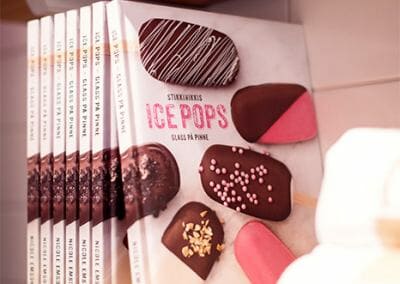 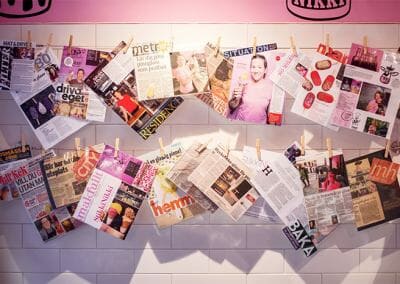 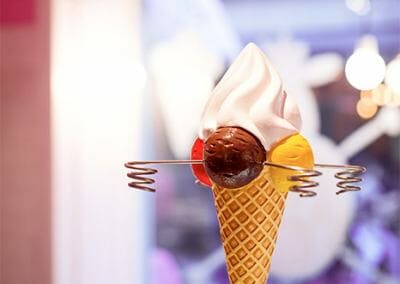 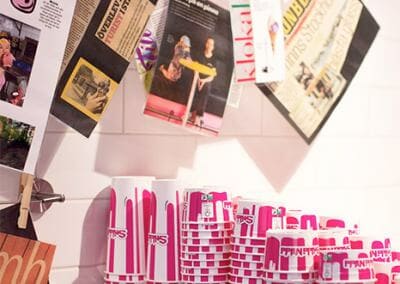