Spisa Pizza – create your own fine pizza in 3 minutes

Spisa Pizza is a new and modern pizza concept where you choose from a lot of fresh ingredients to create your own unique pizza, just the way you want it. The restaurant is located in Ulriksdal in Solna, only four minutes by commuter train from Odenplan.

Here you can eat your rectangular pizza on-site in the modern and stylish restaurant, with pink walls, black details, and high windows, or take it outside – or home. The concept comes from the US and has been modernized and adapted to Swedish taste. Above all, Spisa Pizza places high demands on quality, health, and the environment.

The foundation of your pizza creation is the Neapolitan pizza dough made according to the craft tradition and cold fermented for 48 hours. You then build the pizza by choosing from various fresh ingredients – sauce, cheese, vegetables, and proteins.

No matter what you choose, the price is always the same, and if you don’t want to decide, there are ready-made combinations. In just 3 minutes, your pizza is ready and cut into eight slices. Then it’s just to start eating. Fast food at its best.

You get your pizza exactly the way you want it

The Neapolitan pizza dough is really something extra

Spisa Pizza – Sweden’s new pizza concept that is 100% you

In Ulriksdal, you’ll find Sweden’s newest pizza concept Spisa Pizza. Here you get to choose the toppings for the Neapolitan pizza base yourself. And there are lots of good and fresh ingredients to choose from. After just 3 minutes, your own unique pizza is ready, just the way you want it.

Spisa Pizza opened in August 2020 in the brand new area Ulriksdal in Solna, 4 minutes from Odenplan by commuter train. The restaurant is housed in modern premises with pleasant pink walls, black iron details, and high windows. Behind the concept is Philip Saliba, that wanted to do something completely new after many years as a hairdresser.

“Everyone eats pizza, no matter who you are or where you come from. But the pizza culture in Sweden has been pretty much the same for a long time. There are the usual suburban pizzerias and the new, more luxurious fine pizzas. I want to modernize the pizza by combining high quality and letting people create their own pizza.”

The inspiration comes from the United States. But there, the do-it-yourself pizzas are mainly characterized by unhealthy foods.

“I wanted to Swedishize the concept with healthy and delicious ingredients. I wanted to introduce environmental thinking and also offer really good pizza for vegans,” says Philip.

An essential component in this Swedishized and fast fine pizza is Västerbotten cheese.

“I was like everyone else before; I ordered my Vesuvio and didn’t think much about it. But then I tried Västerbotten cheese on pizza, and it might be the best thing ever,” says Philip.

Besides Västerbotten cheese, you can get cheddar that’s been stored for twelve months, quality mozzarella, or the best vegan cheese available. At the bottom, you can choose strong or mild tomato sauce, pesto, or Crème Fraiche for a perfect Pizza Bianco. When the sauce and cheese are in place, there are many other toppings to add, such as different kinds of salami, salsiccia, ham, tuna, bacon, grilled vegetables, and falafel.

“Some people are skeptical of falafel on pizza, but it is delicious. Everyone should try it.”

Of course, high-quality fresh ingredients are a big part of the thing, but what really sets Spisa Pizza apart is the dough.

“The dough is 70 percent of the pizza, and the Neapolitan is the very best! It’s a craft dough that has been cold fermented for 48 hours. It contains extra protein-rich flour, no sugar, and much less yeast than regular fast fermented pizza dough.”

What characterizes the Neapolitan pizza is, besides the ingredients, that it’s grilled quickly and therefore has high, airy edges with crispy burnt spots. Something you previously could only get at more expensive fine pizza restaurants.

The shape also differs from regular pizzas. Instead of the traditional round pizzas, which often become sloppy in the middle and difficult to eat with dignity, Spisa’s pizzas are rectangular. In addition, you always get them pre-cut into eight pieces so that you can easily take a slice in your hand, regardless of whether you eat in the restaurant or take the pizza outside or home.

Spisa Pizza describes itself as ‘The new pizza kid in town.’ And they’ve truly created a whole new pizza concept. They have become popular both among those who live and work nearby and those who like to travel from other parts of Stockholm to get their pizza exactly as they want it.

“The first time, people are often a little confused about what to choose from all the ingredients, but already after one visit, they’ve found their favorites. I often hear that this is the best pizza they’ve eaten, and considering that most people have eaten a lot of pizzas in their lives, it’s a very good rating,” says Philip proudly.

If you want to avoid choosing yourself, there are also several ready-made flavor combinations on the menu. Of course, Philips’ favorite is the Västerbotten pizza with Crème Fraiche, red onion, and mushrooms.

But if you want a Hawaii, you have to go somewhere else. You won’t find any pineapple here.

“We have lots of ingredients but fruit, no, that’s where I draw the line,” says Philip and smiles. 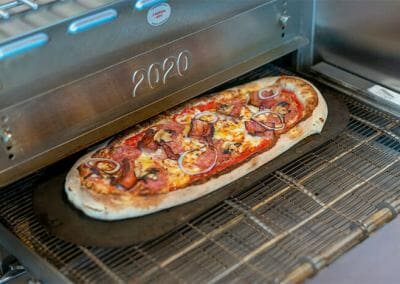 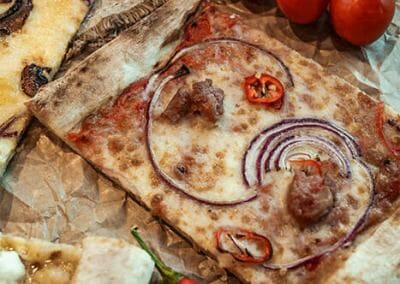 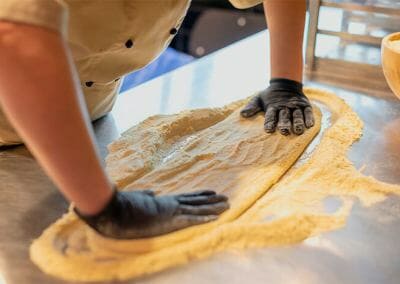 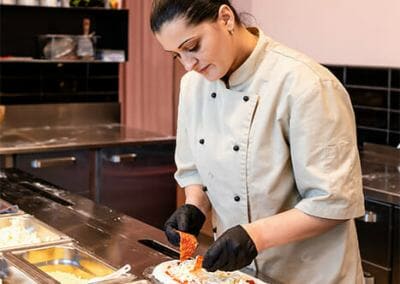 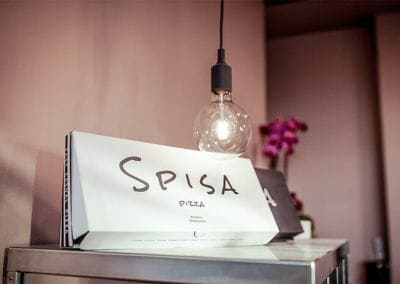 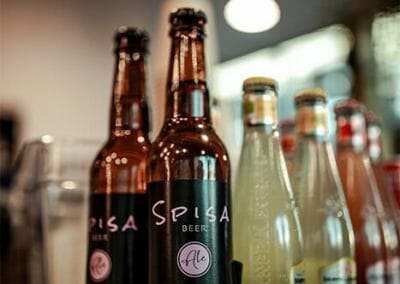 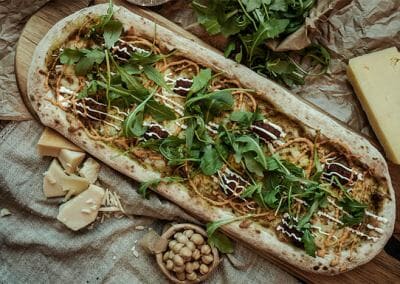 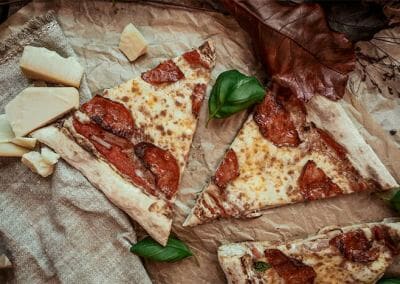 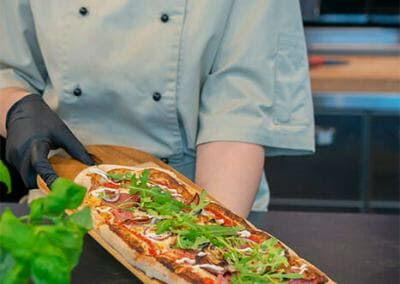 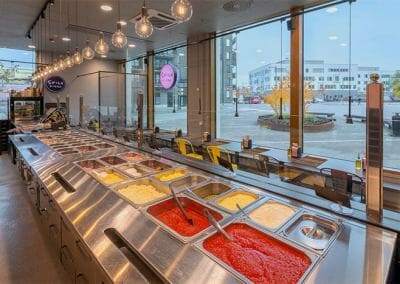 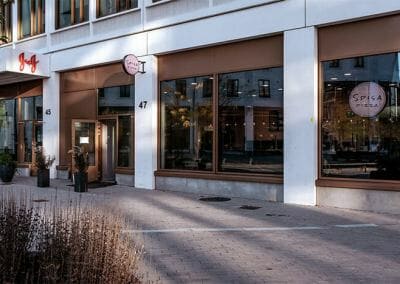 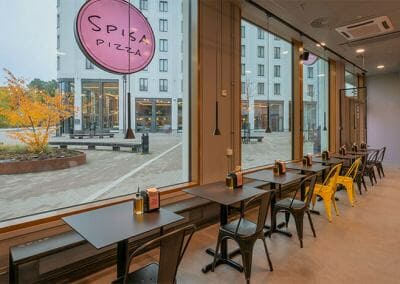