Prinsen – classic brasserie and bistro in the heart of Stockholm

Prinsen is what you could call an institution in Stockholm’s restaurant world. Ever since 1897, this brasserie and bistro has been located at the same address on Mäster Samuelsgatan in the middle of the city. And ever since, the food has been cooked with a focus on craftsmanship, fine ingredients, and quality. The history is deeply rooted – but at the same time, the restaurant feels modern and timeless.

The menu, which is mainly Swedish but with a French feeling, is full of culinary classics. Many come to Prinsen for the meatballs, Biff Rydberg, Wallenbergare or their warm salad of shrimp and vegetables, but here are also many other exciting dishes you shouldn’t miss. To accompany your food, you can choose from a wide selection of wines, beers, and other beverages.

The premises, with an interior that reminds you of times gone by, give a genuine and homely feeling. The service is personal and first-class, and everyone is welcome at Prinsen. Over the years, the restaurant has been a favorite among everyone from artists and writers to businesspeople and workers. And of course even among tourists. Here, both small and large parties can settle down and enjoy delicious food and drinks – and feel at home!

Since 1897 the restaurant Prinsen has been located at the same address – Mäster Samuelsgatan 4 in central Stockholm. A genuine cultural establishment with a high recognition factor for Stockholmers and tourists from near and far. But Prinsen isn’t just history; it’s a restaurant that’s also very much alive in the present.

Our foundation is our strong tradition, but we also offer surprises. Our goal is that our guests should return often, says Karl Mogren, head chef at the restaurant.

And the goal has been accomplished. Everyone from artists, writers, workers, businesspeople, and travelers have been and are guests since the beginning of the 20th century.

At Prinsen, the food is cooked from scratch with a French feeling, a Swedish mood, and ingredients of the best quality for the season. Meatballs, Biff Rydberg, Wallenbergare and a special warm salad of shrimp and vegetables are examples of classics that never leave Prinsen’s menu. But there are also many other exciting dishes like ‘Prinsens gröna’ with goat cheese from Skärvången, salt-baked beets, carrot puree, fried artichoke, and smoked butter. Or grilled arctic char with pickled cucumber, salmon roe, baked beets, roasted carrot puré, and smoked browned butter.

“We can’t sit back because we have a good reputation. We work hard for a good balance between the classic and the present,” says Karl Mogren.

Prinsen has two dining rooms, and here larger parties have the opportunity to book if you want to celebrate weddings, birthdays or whatever it may be. And the restaurant is open every day of the week, 365 days a year.

Prinsen has about thirty employees plus several extra employees, Staff where the concept of taking good care is high on the agenda or as the well-known restaurant guide White Guide puts it: ‘If you were lucky enough to live around the corner it would be a natural hangout.’

Now you don’t have to live around the corner to visit Prinsen. It’s worth going far for a visit to this classic, historical but also the vibrant establishment. 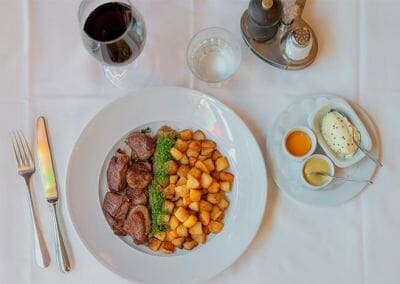 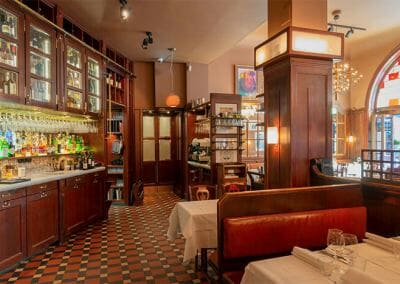 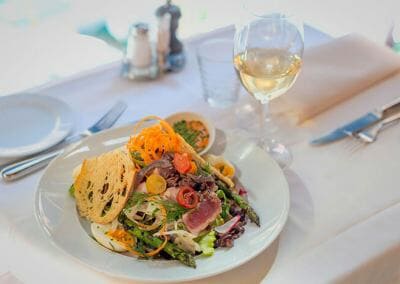 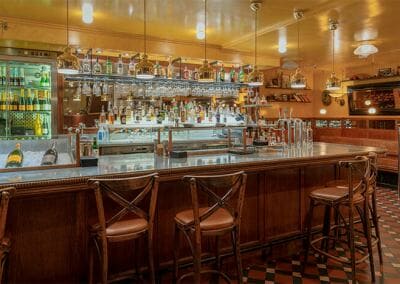 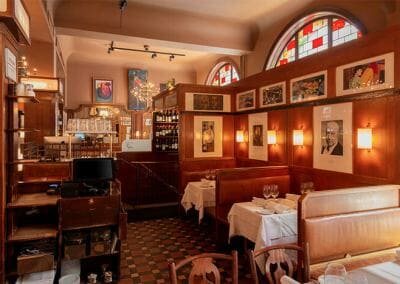 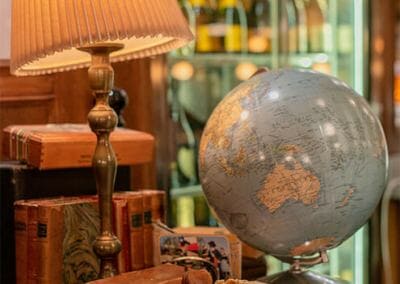 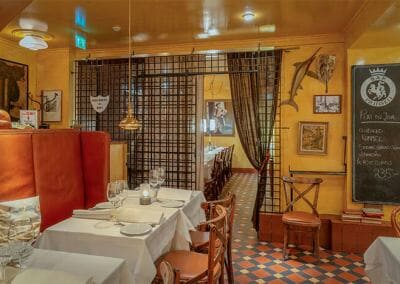 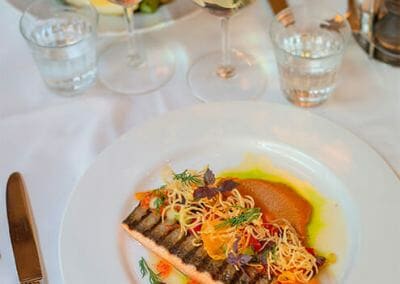 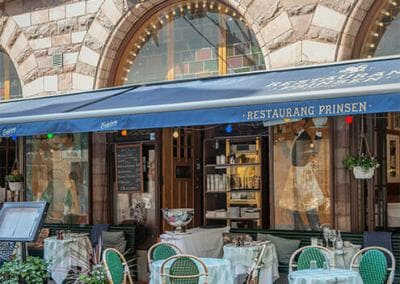 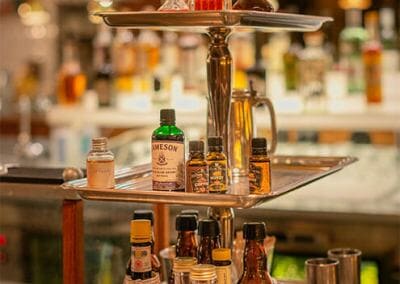 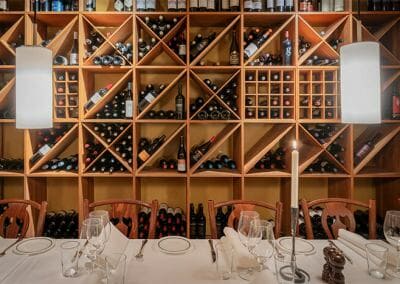 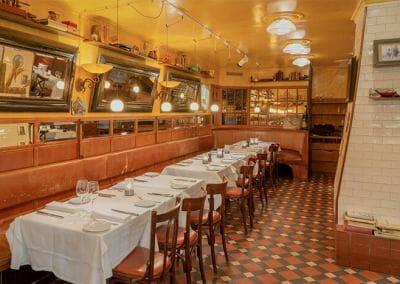