Prins Eugens Waldemarsudde – the most beautiful art museum in Stockholm

Prince Eugen’s Waldemarsudde, beautifully situated on Djurgården in Stockholm, is one of Sweden’s most famous and visited art museums. Originally it was the home of Prince Eugen (1865-1947). Besides being a prince, he was also a well-known landscape painter and significant art collector with an important role in Swedish cultural life. In 2017 the museum won the prestigious award Museum of the Year.

All year-round, you can enjoy a selection of Prince Eugen’s own art and works from the museum’s collections along with temporary exhibitions of varied kind. The museum houses both the main building, ‘The Castle,’ where the Prince’s private apartments are preserved, and a gallery building. Outside there’s a beautiful park and garden with flowers and sculptures, several historic buildings, and a stunning view of the water.

The museum also has a restaurant that offers lunch, sandwiches, and pastries. In the garden, there’s also Café Ektorpet with a lovely outdoor seating. Of course, there’s also a gift shop where you can buy nice memories from your visit.

One of Sweden's most popular art museums with many interesting exhibitions

The lovely garden with flowers and sculptures, historic buildings, and a stunning view of the water

The preserved home of Prince Eugen

Prince Eugens Waldemarsudde is one of Sweden’s most visited art museums. This year, 2018, it’s 70 years since the museum opened its doors to the public in Stockholm, but at Waldermarsudde there are no signs of aging. Art, music, literature, and theater for both young and old can give the museum a visitor record this summer.

“I see it as a great privilege to work here,” says Karin Sidén, superintendent and museum director at Prince Eugens Waldemarsudde.

There are also many people who consider it a privilege to be a guest at Waldemarsudde. About 300,000 people per year visit the facilities.

Right now until August 26, 2018, you can enjoy the exhibition ‘Sigrid Hjertén – A Masterly Colourist’ about the groundbreaking artist, who was, among other things, one of Matisse’s favorite students, but ended her days locked up in the mental hospital Beckomberga.

“The exhibition has attracted a lot of people of different ages. Every weekend, we welcome about 3,000 people,” says Karin Sidén.

One of the thoughts of the museum’s exhibition program is to combine historical art with contemporary art. At the same time as the Sigrid Hjertén exhibition, the artist Alexander Klingspor’s exciting surrealistic works are shown.

Waldemarsudde isn’t just an art museum, it’s an ‘Everything Artwork’, as Karin Sidén expresses it.

For example, during four Wednesdays in the spring and summer, they offer music and text reading by musicians and actors. It’s about customizing music and poetry reading in relation to the exhibitions. An example from earlier this year was when the actor Reine Brynolfsson was accompanied by Anders Lagerqvist on violin, Mats Olofsson on cello, and Jacob Kellerman on guitar, with lyrics by Paul Auster and Salman Rushdie.

On May 2, the actor Jonas Malmsjö will recite with Tuija Hakkila on piano, Per Nyström on cello, and Anders Lagerqvist on violin as his musical backup. He’ll be reciting texts by Prince Eugen and Verner von Heidenstam.

But people don’t come just for the art. In fact, there are also those who go to Waldemarsudde just to see the different flower arrangements. They have their own gardener’s service and also a florist, something very unusual. In addition to the flower arrangements, florist Kristina Öhman, also hosts very popular exhibitions and workshops for the museum’s visitors.

Other exhibitions, events, and theatrical performances for children will also be highlights this summer.

Today, Waldemarsudde is one of the most visited art museums in Sweden, but it’ll probably get even more visitors when ferry services start this summer. Three times a day ferries will depart from Nybroplan and stop next to Waldemarsudde. Here you can also find nice walks in the park and visit the café.

Prince Eugen died in 1947 but Prins Eugens Waldemarsudde lives and thrives, something that’s very appreciated. The Stockholmers named the museum their favorite museum in a comprehensive market research developed by the company Evimetrix in 2016. It also has Trip Advisor’s Certificate of Excellence, an award based on reviews from visiting tourists from all over Sweden, on its record and in 2017 Prins Eugens Waldemarsudde got the prestigious award Museum of the Year from Swedish Museums Association and Swedish International Council of Museums.

The museum, that is located on Djurgården in Stockholm, consists of a castle-like main building, ‘The Mansion’, built between 1903 and 1905 as a home for Prince Eugen, and the gallery building, which was added in 1913. The architect Ferdinand Boberg designed both buildings, in close cooperation with Prince Eugen, who is also known as the ‘Painting Prince’. Besides being a prince, he was also a well-known landscape painter and significant art collector with an important role in Swedish cultural life.

On the castle’s ground floor you can visit Prince Eugen’s private apartment, which is preserved from his time. In the building’s upper floors, as well as in the gallery, works from his collections are displayed alternately with temporary exhibitions.

Audioguides are available in Swedish and English and the museum is accessible with a wheelchair. The experience is also enhanced by movies and slideshows that are part of the exhibitions. 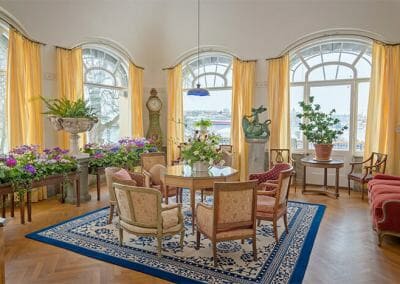 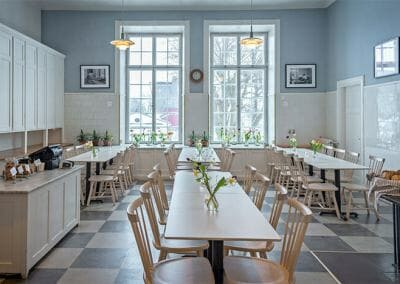 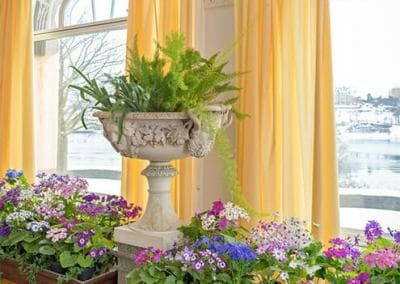 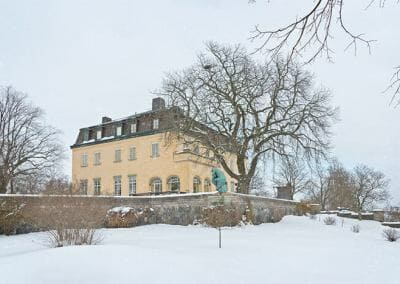 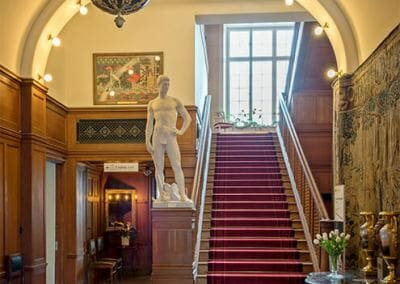 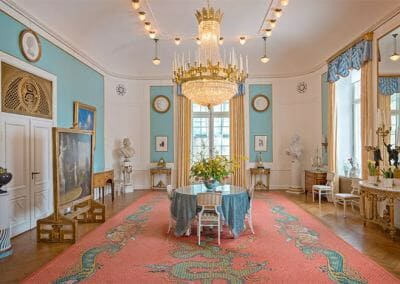 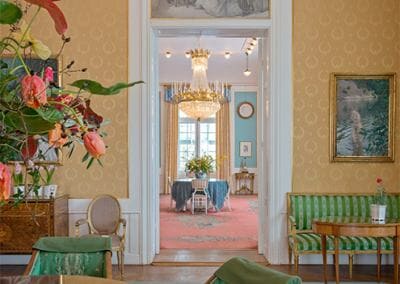 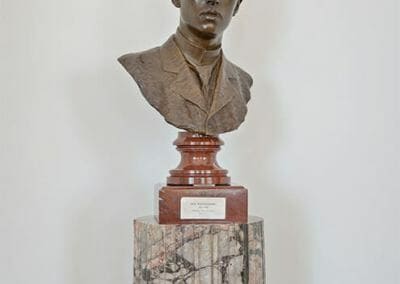 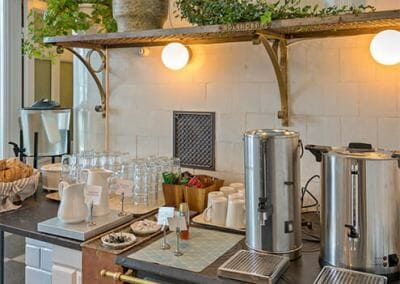 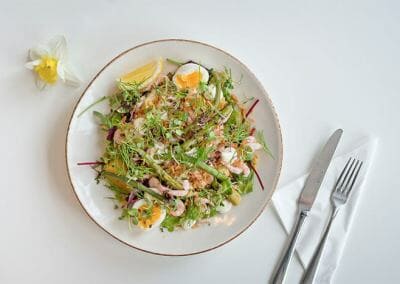 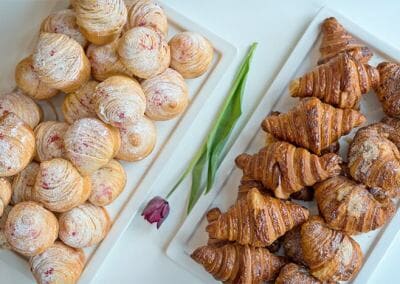