On Blekingegatan in Södermalm, you’ll find the classic Stockholm restaurant Pelikan. Here, people have been eating and drinking since the house was built in 1904. Back then, the restaurant was the city’s last outpost. On Blekingegatan, the farmers stopped to eat and get drunk after selling their products in town.

Even today, Pelikan is one of the few restaurants where aquavit is served with the food, all year round. And the food is aquavit friendly. The menu includes ‘Gubbröra’ (anchovy hash), ‘S.O.S’ (butter, cheese, and herring), as well as main courses such as meatballs with cream sauce, boiled knuckle of pork and turnip mash, reindeer, potato dumplings, and fried salted bacon. If you’re really hungry and thirsty, you can order a large ‘Grosshandlarmiddag’ (Wholesaler’s Dinner), prepared according to historical recipes.

There’s also a small dining room and a modern bar. The bar is also an art gallery where young, often unestablished, artists are displayed.

At Pelikan, a mixed Södermalm audience of all generations hangs out to eat good food, drink aquavit and locally produced craft beer, and socialize together in a historic restaurant environment.

If you want to go to a restaurant like in the good old days and eat delicious traditional Swedish food, you should head to Blekingegatan 40 in Södermalm. Here you’ll find the restaurant Pelikan, one of Stockholm’s oldest restaurants dating back to the 17th century. During the centuries, Pelikan has been located in various places in Stockholm, but since 1904 Blekingegatan is the place to be.

The house was built specifically for the restaurant; it’s quite unique and worth a visit. The large beer hall has had a face-lift but is pretty much the same. Here, you really get to experience a part of Stockholm’s restaurant history,” says Juha Harmalaa, the restaurant manager.

The large beer hall with its impressive ceiling height and dark wooden interior is the heart of Pelikan. The inner wall is adorned with a large mural, and here the traditional beer stalls remain. In addition to the beer hall, which is classified as a cultural heritage, there’s also a small dining room and a bar.

The bar, which was previously called ‘Kristallen’ (The Crystal) but now goes by the name ‘Lilla baren’ (Little Bar), is decorated in a modern way, but you can recognize patterns and details from the large beer hall. There’s also a large mural, and contemporary art hangs on the walls.

“We have a gallery business, and four times a year, we have a vernissage. We mainly exhibit young, unestablished artists, and we buy a piece of art from almost every artist,” says Juha, who himself has a great interest in art.

The art also takes place in the smaller dining room, also known as the ‘Slas’ room. ‘Slas’ is the pseudonym for the Swedish author and illustrator Stig Claesson (1928–2008), who was a frequent guest at Pelikan. His drawings with Södermalm motifs now hang on the walls in the small dining room.

Around the turn of the last century, Pelikan was the city’s last outpost. Here on Blekingegatan, the farmers stopped to eat and drink after selling their products in town.

Even today, Pelikan is one of the few restaurants where aquavit is served with the food, all year round. And the food is aquavit friendly. The menu includes ‘Gubbröra’ (anchovy hash), ‘S.O.S’ (butter, cheese, and herring), as well as main courses such as meatballs with cream sauce, boiled knuckle of pork and mashed Swedes, reindeer, potato dumplings, and fried salted bacon. If you’re really hungry and thirsty, you can order a large ‘Grosshandlarmiddag’ (Wholesaler’s Dinner), prepared according to historical recipes.

“We serve exclusively cleaned-up no-frills traditional Swedish food. The meatballs are most popular, and many tourists want to taste reindeer because it’s so exotic. We go for the Swedish straight through and don’t use French terms. There´s no need to pretend,” says Juha.

The drinks also have a local connection.

“People drink a lot of beer at Pelikan, and the local and handcrafted suits us well. For example, we work with Carnegiebryggeriet, which is located in Hammarby Sjöstad,” Juha continues.

In order to meet the needs of today’s guests, there are also vegetarian, vegan, and gluten-free alternatives for those who wish.

If Pelikan originally was a restaurant for older men, it has a mixed Södermalm audience today.

“The location with the closeness to the Globe, Göta Lejon, and other theaters means that many take the opportunity to eat and drink here when they’re going to a concert or theater. And also, we’re a Bajen restaurant. Before the first home game of the season, we’re always fully booked,” says Juha.

For those who don’t keep track of the Swedish football league, Bajen (or the official name Hammarby IF) is the football club that was founded on Södermalm in 1915.

Several generations also come here to eat and socialize together.

“We have many regulars who have come here regularly for many decades. It’s not uncommon to hear that someone who’s now in their 70s says that they came here with their father as an 18-year-old,” says Juha.

And Pelikan is really a true Södermalm restaurant made for large groups and long sittings with a lot of food, a lot of drinks, and a great hangout.

“Good food and drink are important, but the company is the main thing,” Juha concludes. 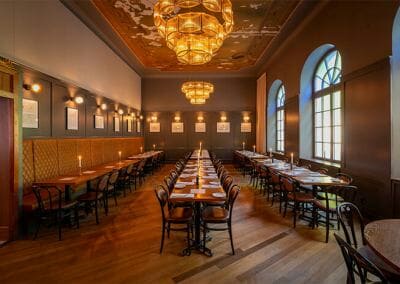 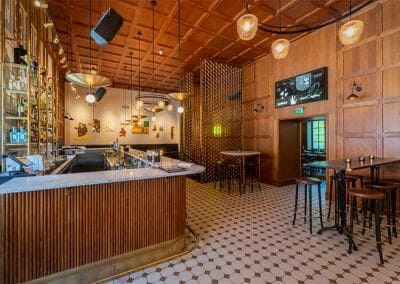 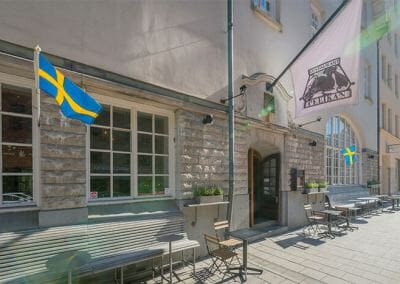 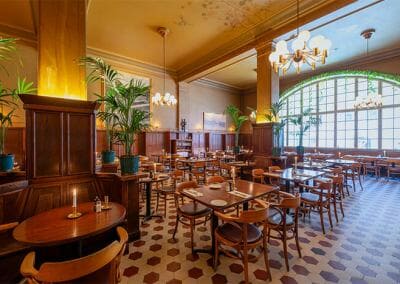 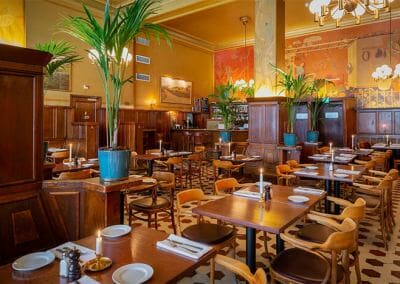 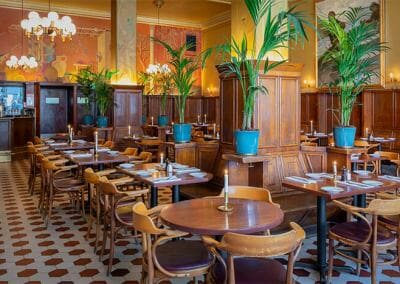 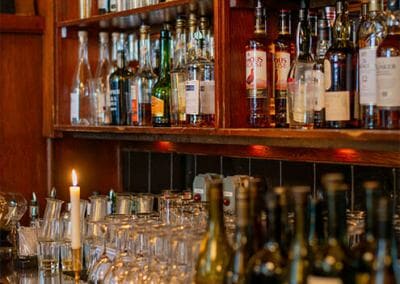 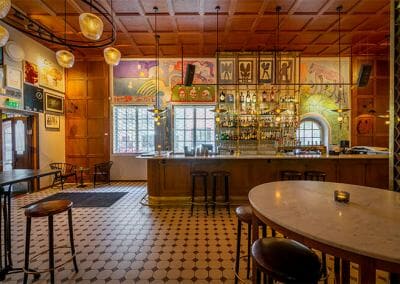 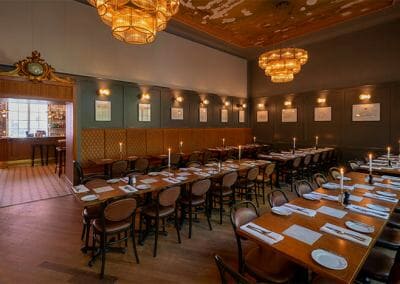 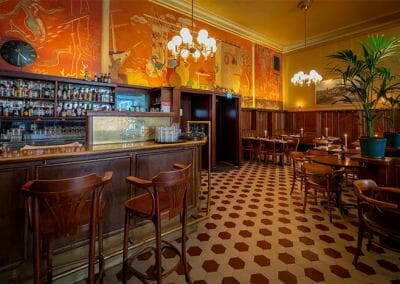 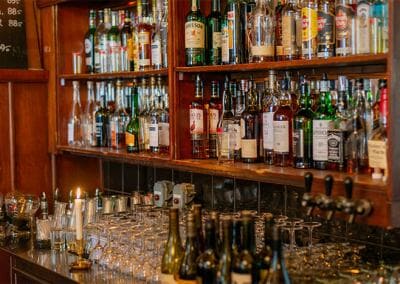 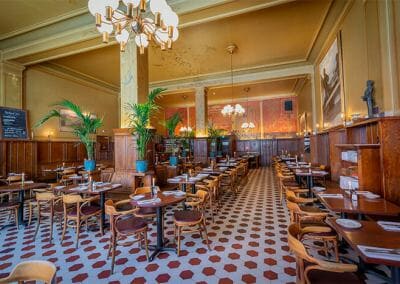