The Nobel Prize Museum is a museum that wants to show us that ideas change the world – that something that starts with one person’s thought can lead to a better life for many. In the beautiful Börshuset on the square Stortorget in Old Town, you’ll meet and be inspired by the freedom fighters, writers, and scientists who have been awarded the Nobel Prize. And of course, you also get to know a lot about Alfred Nobel himself.

Alfred Nobel was the inventor and businessman who, after his death, left his large fortune to institute a prize that should ‘reward those who have contributed to the greatest benefit to humankind.’ Since 1901, many laureates have been awarded for their work in natural sciences, literature, and peace.

Primarily, the Nobel Prize Museum isn’t a museum about Alfred Nobel or the prize itself, but about the big ideas and the creative brains behind them. The idea is to inspire rather than impress. As a visitor, you should feel that it’s possible to change and improve the world. That it’s possible to make a difference and that we can all do it.

The museum is located in the historic Börshuset, dating from the 18th century on Stortorget in Old Town, and opened in 2001. In terms of size, it’s not that big, but inside there are several fascinating personalities, discoveries, and stories. Through objects, films, guided tours, and stories, you get to know the many laureates better.

Even though the museum isn’t primarily about Alfred Nobel, there’s an exhibition about him and his life. But there are also many more unexpected elements here. For example, you can view a wide range of objects with fascinating stories donated to the museum by Nobel Laureates. Here you’ll find, among other things, the peace prize laureate Malala Yousafzai’s headscarf that she wore when she gave a speech at the UN in 2013, Selma Lagerlöf’s shoes, Svetlana Aleksijevitch’s dictaphone, and a pair of glasses that Wislawa Szymborska used to wear to avoid being recognized. In addition to permanent exhibitions, the museum has temporary exhibitions that regularly change.

Because the Nobel Prize is known worldwide, the Nobel Prize Museum is a popular attraction in Stockholm that’s on many tourists’ bucket lists. Before the pandemic, the museum had 280,000 visitors a year. About 90 percent of them are tourists, mostly international. There are daily guided tours in English and audio guides in several languages.

There’s a solid program for the local audience in Stockholm. The Nobel Prize Museum constantly offers lectures, talks, exhibitions, events, and workshops where current topics and issues are discussed and debated. You can also take part in many fun activities, such as after work, concerts, and tastings of food and drink from the Nobel Banquet.

Plenty of activities as you can see. And everyone is welcome – adults as well as children. It’s not only a place for adults hungry for knowledge, but for the whole family. For curious children, there is the Bubble Chamber, a playful area where younger visitors can test, figure out, read, and fantasize. Here you can examine what’s inside our body, the laws of physics and learn about children’s rights. Other exciting activities for the little ones are to experiment in the workshop and answer tricky questions in the Child Hunt (‘Barnjakten’).

Schools are also a large and important visitor group. The museum welcomes everyone from five-year-olds in preschools to college students and SFI classes (Swedish language instruction for adult immigrants). They get to join an exciting tour where they learn more about Alfred Nobel, the Nobel Prize, and the Nobel Prize Laureates.

Besides a large dose of knowledge and inspiration, there’s also a well-stocked museum shop with, among other things, books, small ingenious things, and inspiring objects. And in the renowned and popular restaurant Bistro Nobel, you can enjoy a good coffee or one of the city’s best lunches, always made from seasonal ingredients. Of course, a favorite on the menu is the Nobel ice cream. If you visit the restaurant, you should remember to look under the chair you are sitting on. There’s a good chance that it’s signed by a laureate.

Welcome to the Nobel Prize Museum!

Be inspired by and learn more about the Nobel Prize, the laureates, their discoveries, and works 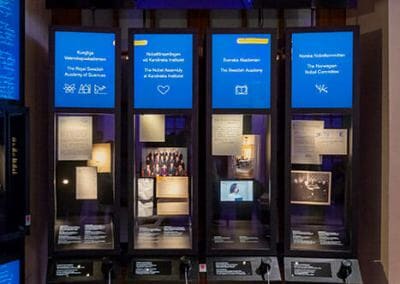 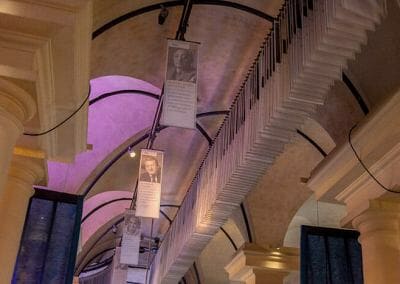 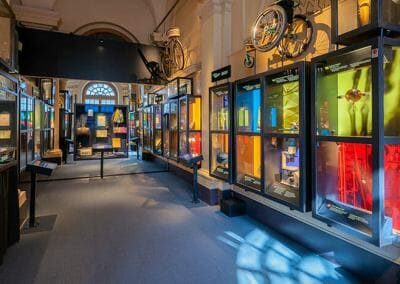 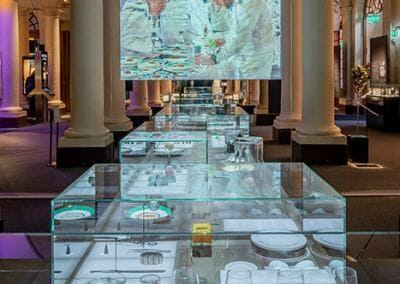 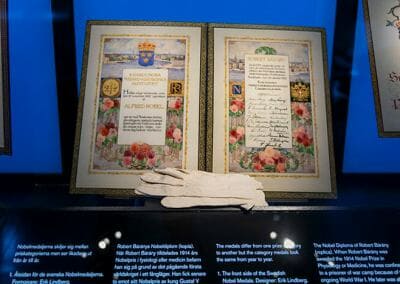 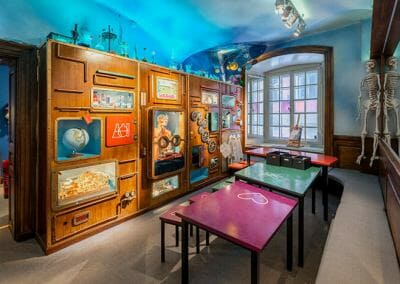 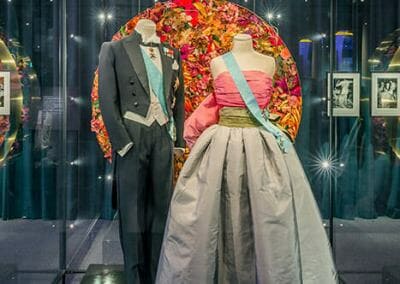 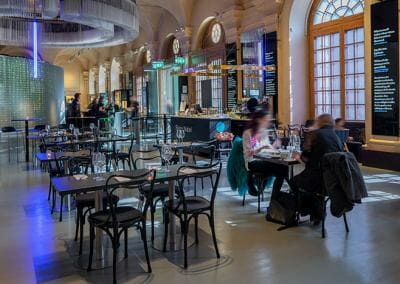 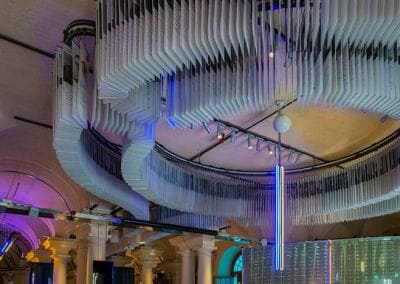 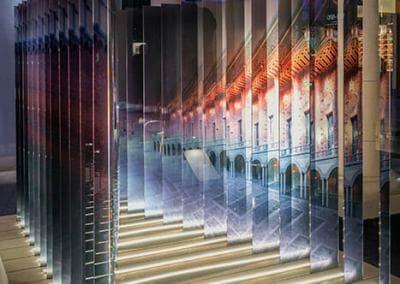 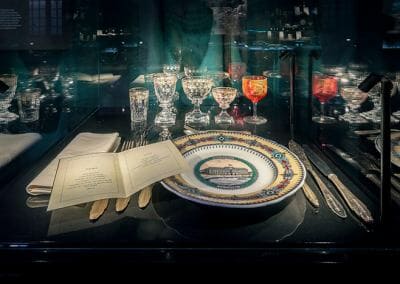 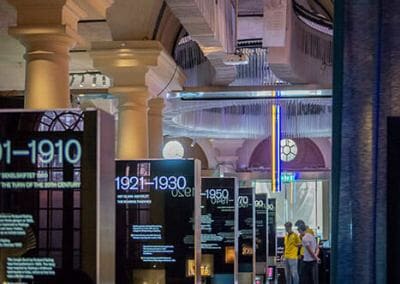