Mickes Serier, CD & Vinyl – a mecca for record collectors of all ages

Hornstull is today one of Stockholm’s trendier parts, with a young population shopping for ecological food, socializing, and enjoying inner-city life. In the past, the area was called Knivsöder (Knife South) and was not considered very nice. But even though western Södermalm has undergone major changes and partly necessary refurbishments, a few classic landmarks remain. Mickes Serier, CD & Vinyl on Långholmsgatan is one of them.

Surely we all have an image of the passionate record store owner who loves his old records and who mostly keeps tending to them as a hobby, not as a for-profit business? Ideally, he should (because it’s always a he) also be anxious, smoke hand-rolled cigarettes, and record mixtapes for girls he wants to impress.

The staff at Micke’s Series, CD & Vinyl certainly consists of several dedicated record lovers, but that’s where the similarities with Rob in High Fidelity end. At Mickes, both record collecting and trading with second-hand vinyl, CDs, DVDs, and comic books is really serious business.

Micke, who started the first store back in 1996, has basically been behind the counter every day since. Since the start, he has bought and sold millions of used records to Södermalm residents and visitors and over time become both an institution at Hornstull and one of Sweden’s most knowledgeable when it comes to used vinyl records.

The first store opened during the heyday of CDs when many people got rid of their old LPs, attracted by the new, “better” sound and the smaller format of both discs and stereos. During the more than 25 years since then, the CD has almost become obsolete. Today lots of music can be streamed and you don’t have to own any records at all. Despite this, vinyl has received a real boost in recent years and many may regret that they got rid of their old favorites.

At Mickes Serier, CD & Vinyl you can find them again, and it is likely a rather large percentage of customers who come here for nostalgic reasons. You want to find records you owned once, records you loved and listened to so many times that you remember how the next song starts when the notes of the former fade away. In muscle memory, you know when it’s time to get up to turn the disc over and you enjoy the nice crackle from the pickup when some microscopic speck of dust remains in the groove. These customers want to continue to own their music in physical form.

However, it is not only the slightly older customers who shop at Mickes. A lot of young collectors, who are often incredibly knowledgeable and niches in a certain area such as The Beatles or The Rolling Stones, and who are looking for special albums and singles for their collection, also find their way into the shop. The customer base is from teenagers to 70+, with overweight on men, but more and more girls and women are coming in and shopping nowadays.

At first glance, the store may look unmanageably cluttered – there are usually upwards of 40,000 titles in the store – but with the help of the knowledgeable staff, it’s easy to find what you’re looking for. The emphasis is on rock and pop from the 60s and 70s but pretty much every genre is represented: folk, prog, world music, techno, synth, classical… There are trends even in used records. When Mickes opened, many were looking for music from the late 50s and early 60s, right now ratty, psychedelic 70s rock, punk, and Pink Floyd’s early stuff are the in things.

Anyone owning a collection of old records (both CD and LP) and thinking about selling it should call first, even if it’s also fine to show up with the records under your arm. Throw nothing away before contacting Mickes, leave all your records for him to examine! Often it is not the albums you’d expect that prove to be the most valuable. CDs are seldom valuable, but sought-after vinyl records in good condition, without scratches, and with pristine covers could be worth a small fortune.

Every week the store is replenished with new records, up to a couple of thousand news a week is normal. Micke has a big warehouse with at least as many records as those currently on display in the two shops. The regular customers and purposeful collectors know this, of course, and many pass by the shop at least once a week to check out the new arrivals.

So, whether you are a vinyl nerd or just feel like reviving some old memories, Mickes Serier, CD & Vinyl is a paradise for music lovers. Come by the shop, flip through the crates, engage in a discussion about the best ever… And if you’ve gotten rid of your old gramophone it is possible to buy a new (or used) one and take up the old habits again. 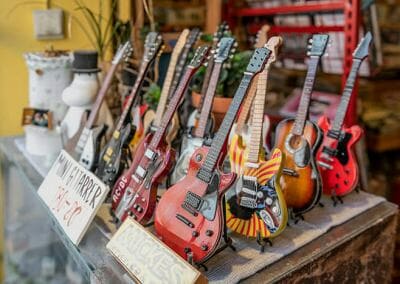 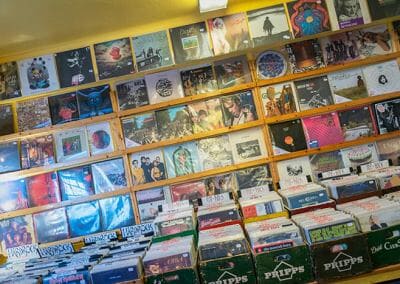 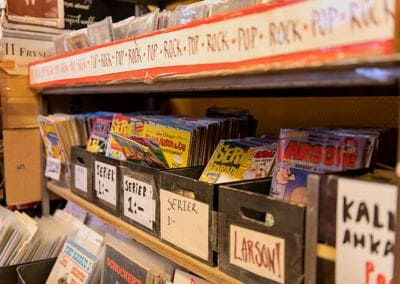 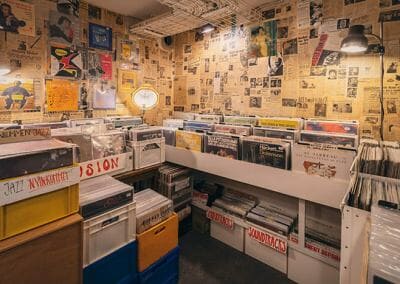 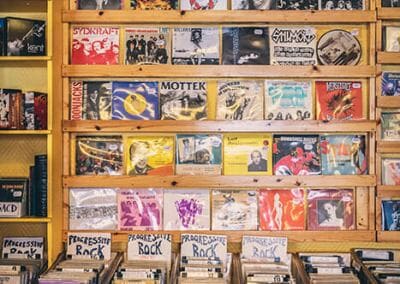 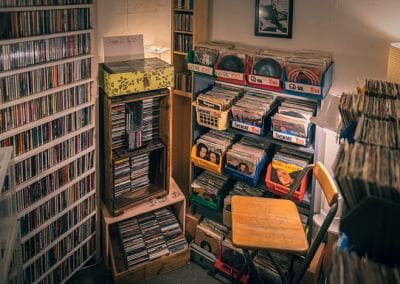 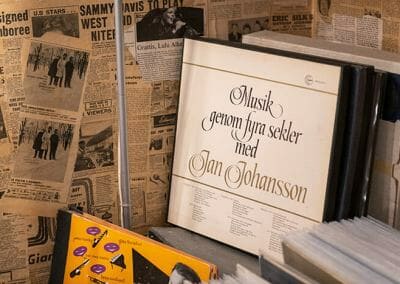 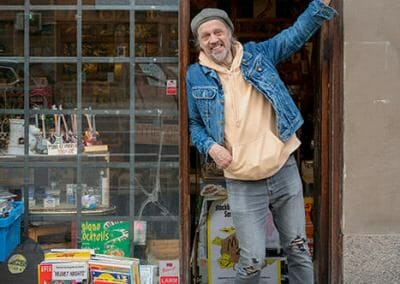 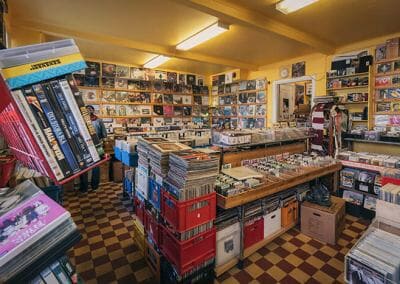 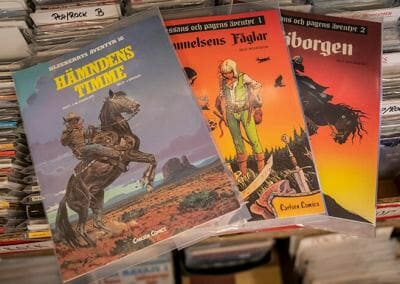 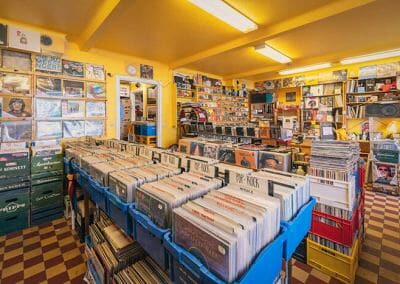 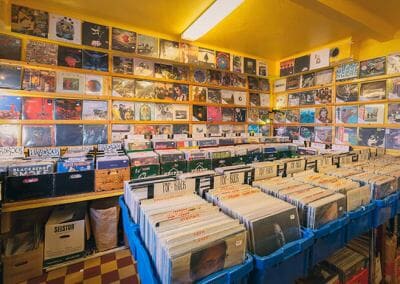