Man Stockholm Barbershop – a traditional barbershop for the modern gentleman

Man Stockholm Barbershop opened the doors 2016 on Götgatan and got immediate impact. Since then, the leather armchairs have been full. In this updated 20th century environment, Tony & Guy’s British cutting technique is mixed with influences from a Turkish barber experience. Precision, vintage tools, sharp lines, and the gentleman look. Choose from modern and retro, a ‘Bruce Willis’ haircut, beard trimming, or a luxurious package of hot/cold towels, head massage, and steam machine.

Man Stockholm Barbershop calls itself a ‘man cave.’ A kind of free place where men get to be men. The concept is just as popular on bachelor parties as it is for dads on Father’s Day, and they are also popular among celebrities. Here, stars such as the Swedish actors Joel Kinnaman and Peter Haber, as well as influencers have cut their hair, not to mention the entire Swedish national team.

In short; the perfect place for men to pamper themselves. So if you are in the mood for a new haircut or a trimming of your beard, you better book an appointment since it’s full business every day of the week!

Man Stockholm Barbershop consists of three guys who have worked together since the 90s and are trained in the same cutting technique. George Melke and his two companions first ran a hairdresser school in Järfälla with 400 students. After 14 years, they closed down to invest in the barbershop concept instead.

At that time, the concept started to flourish down in Europe, and when the premises on Götgatan became vacant, it was the perfect opportunity to open up the salon. Much of the inspiration comes from Amsterdam.

Man Stockholm was among the first in Stockholm to completely go for the barbershop concept with hot/cold towels, steam machines, and heated knives. It became a big hype when they opened, mainly because of a video on the internet that received 20,000 views. They set up a barber chair on the sidewalk on Götgatan and started cutting. Despite the cold, a circle was formed with a curious audience. The next day the chairs were full, and since then, they have been fully booked.

The cutting techniques originate from British Tony & Guy with a mix of Turkish barber experience, i.e., warm waxing of nasal hair, ear hairs and cheeks, and threading. You can choose a classic ‘Bruce Willis’ haircut or a complete renovation with a combo package: haircut, beard trim, and deep-caring black mask. The daily haircut with beard trimming costs 500 SEK and is among the most popular.

If you want to go all-in on luxury, you can choose a haircut with cold/warm towels, head massage, and steam machine.

“It’s usually a popular gift for the bachelor party. The guys come in, do a haircut, and wax their nostrils,” says George. A visit to Man Stockholm Barbershop is also a popular gift on Father’s Day.

“We have also cut many celebrities. From the Swedish national team to Joel Kinnaman, Peter Haber (Swedish actors), reality show participants, and influencers.”

“In the premises on Götgatan, we do the man cave thing, where men get to be men. The guys appreciate it. They can come here and be themselves,” George says, and adds:

“The concept has ruined it for other hairdressers when they go here once and then become regular customers. But we get a lot of new customers too. We want a big volume of business,” George says. They have also partnered with various companies such as Filips maskiner, Swish, and H&M.

Razor-sharp barber pros, vintage tools, man talk, and some beers once in a while. Here, the focus on the customer. Do you want a modern look or a classic haircut? No matter your wishes, Man Stockholm Barbershop guarantees that you’ll leave the salon with a million bucks feeling ready to conquer the day. Welcome! 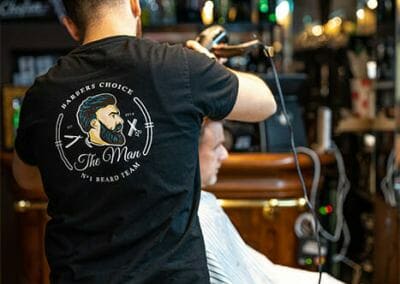 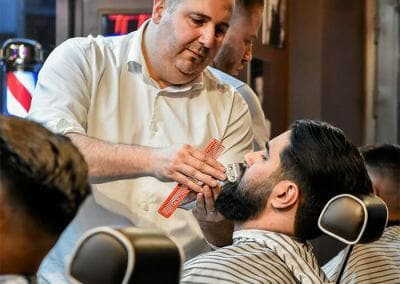 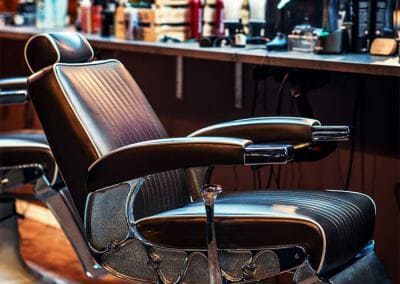 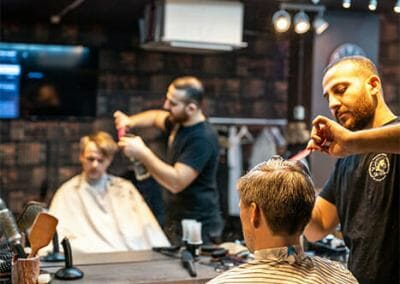 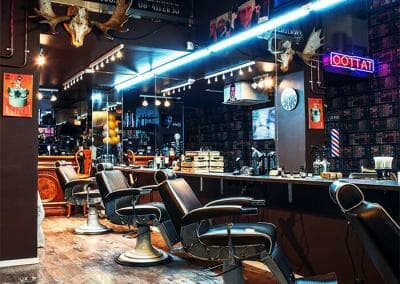 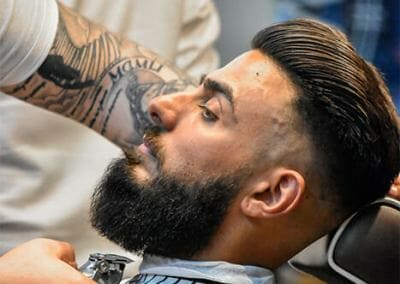 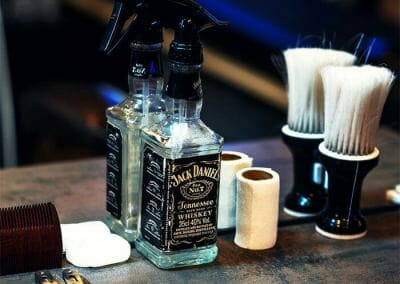 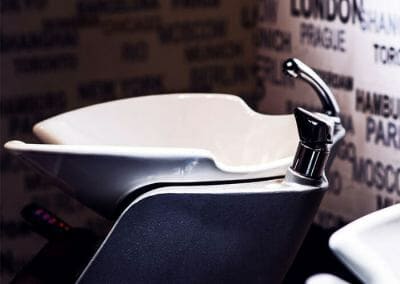 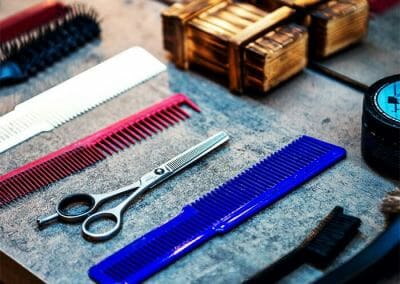 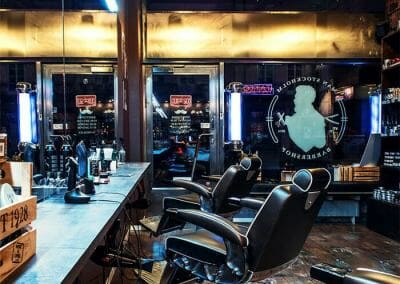 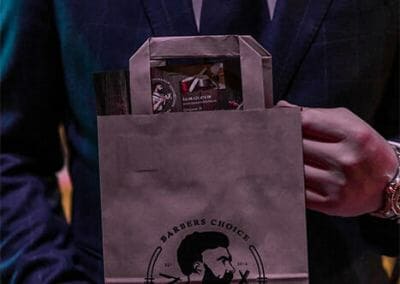 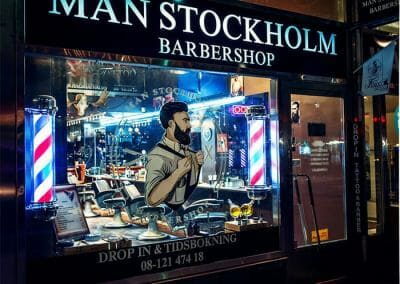