Sweet, salty, soft, or hard? Lakritsbutiken on Kungsholmen is the promised land for all liquor lovers. In the store, you’ll find everything you can think of when it comes to Sweden’s favorite candy – simply licorice at its best.

Oh wow licorice!, the customers shout as they enter the door at Fridhemsgatan 53. Here you’ll find shelves filled with black gold: pralines, pastilles, powders, sweets, and bars—everything in the delightful taste of licorice. Tuija Räsänen, the owner of Lakritsbutiken, believes that the reason why so many people remember licorice is that it has such a long aftertaste. It gives a strong taste memory.

Tuija is not only a licorice expert but also the organizer of the annual Lakritsfestivalen (The Licorice Festival), which she started in 2009 (Sweden’s first licorice festival). Nowadays the festival is held at the museum Fotografiska in Södermalm in March.

If you want to learn more, you can go for a licorice tasting in the store. Here you’ll get a detailed review of the history, manufacturing, and character of the licorice. There’ll be lots of stories, anecdotes, and of course, a tasting. It all ends with you making your own licorice in the same way as they did in the 18th century when the licorice was invented.

Perfect gifts for the candy lover

Lakritsbutiken – Stockholm’s no 1 store for the licorice lover

Are you a true licorice lover? Or do you want to learn more about this classic and popular candy? Then you should head to Fridhemsgatan in Stockholm. Here you will find all the licorice you need – and also Sweden’s licorice expert!

At Fridhemsgatan 53 in Kungsholmen, Stockholm, you’ll find Lakritsbutiken (‘The Licorice Shop’) run by Tuija Räsänen. After many years in retail, she started selling via the internet.

“I thought that chocolate was a good format, so in 2004 I started an online store. First, I had a store in Trosa (Swedish town) for a while, then I moved to Stockholm and wanted to supplement it with something bigger. Licorice was good because it doesn’t melt in the summer. And I noticed that something happened, people came into the store and said ‘Oh Wow licorice!’ They told me about their memories and feelings about licorice, and I quickly noticed that this is something that touches and makes people talk,” says Tuija and laughs.

Tuija Räsänen is a licorice expert and has visited factories from Iceland to Italy, where she learned a lot about the basics and production of licorice. Since 2009, she has arranged Lakritsfestivalen (‘The Licorice Festival’), which was Sweden’s first festival for this favorite candy.

It all started with an event in the store and quickly led to a snowball effect. People became euphoric, the rumor spread, and the following year they had tripled both the area and the number of visitors. In the third year, they also gained great visibility in the media with three live broadcast reports in the Swedish tv channel TV4.

“The whole damn block was in line. In total, we had 5,000 people. The purpose was to make licorice available in Sweden. It was hard to get hold of in 2009, but today there are many licorice shops. I’m not unique anymore. I arranged Sweden’s largest licorice festival and ruined it for myself,” says Tuija, and laughs.

Since 2014, she has also been the organizer of the licorice festival Lakritsi- & Salmiakkifestivaalit in Helsinki, Finland. Further, she has written the book Tio år med Lakritsfestivalen (‘Ten Years of the Licorice Festival’).

“It’s not a passion, but a fascination,” says Tuija, telling about the impact and uses of licorice. “You can use it for clothes, works of art, food, jewelry, pastries, medicine, soap, and shampoo. I think the reason why many people remember licorice is that it has such a long aftertaste. It gives a strong taste memory.”

Tuija’s first licorice memory is the Finland ferries. She has Finnish parents, and they often went to Finland with the large boats. There she picked up Fazer’s licorice bag, the Pingvin Lacorice jar, and pastilles.

The shop has licorice from all over the world, and you’ll find a fantastic mix of sweet and salty – pastilles, pralines, bars, and cooking products. The chocolate-filled licorice pralines are a big favorite; otherwise, Tuija usually recommends products according to the customer’s taste palette. Sweet, salty, hard, or soft?

The licorice fans can also do a licorice tasting in the store. Here you get 1.5 hours of detailed stories about licorice – its history, origins, curiosities and anecdotes, mistakes that have become sweets, and of course, tasting. It all ends with you cooking your own licorice in the same way as they did in the 18th century when licorice was invented.

“From 1 April 2020, we expanded our business by taking over the popular product Salmiakbomben (‘The Salmiak bomb’), which has previously been named Favorite Licorice of the Year. It was an older couple who owned it, and when they shut down their company we took over the product, which feels very fun,” says Tuija and concludes:

“When you have eaten half, you should feel the saltiness, and when you have finished eating, the taste should remain in your mouth. Then you know it’s really good salmiak.” 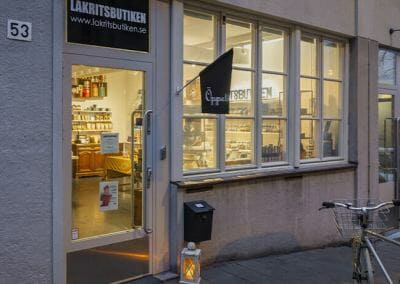 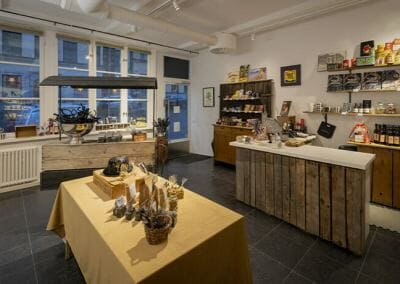 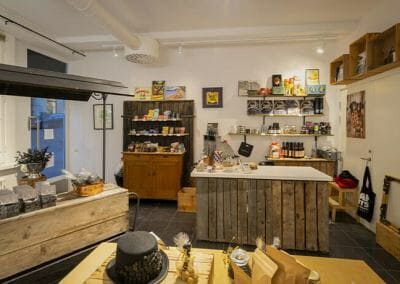 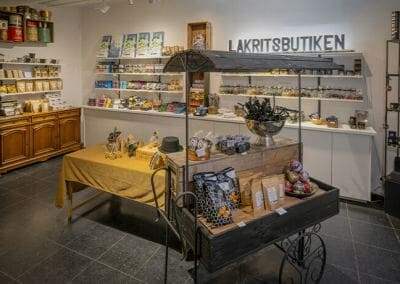 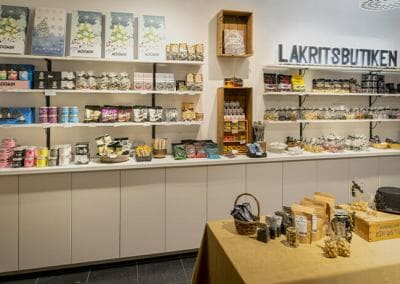 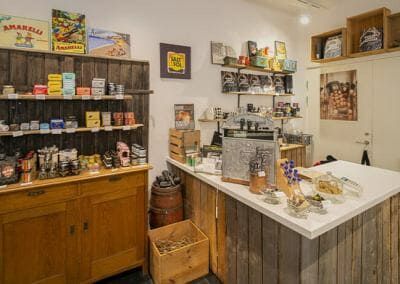 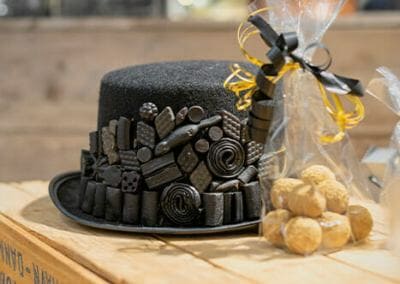 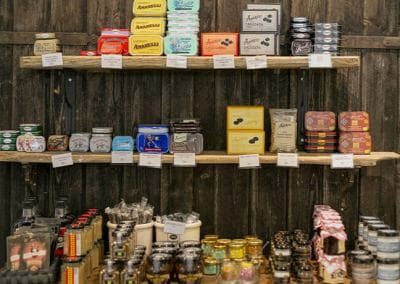 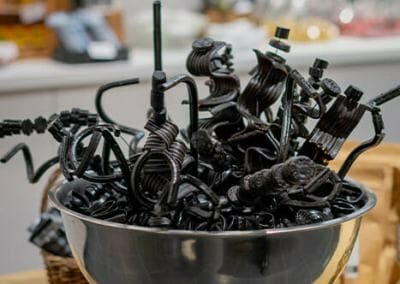 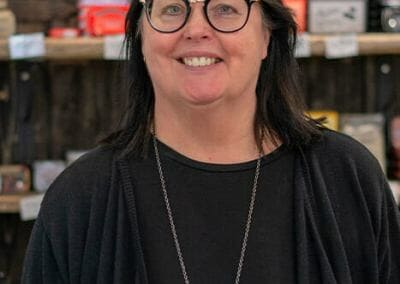 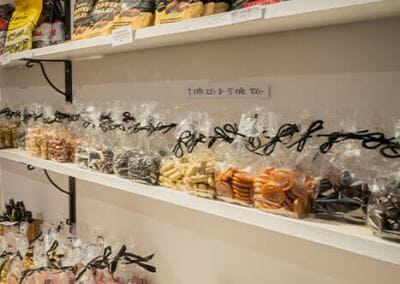