Hotel With Urban Deli – stylish, modern, quiet, and right in the middle of Stockholm

Hotel With Urban Deli is the Lean Luxury hotel below ground level at Sveavägen 44. Here, the urban conscious people sleep in pleasantly quiet rooms, decorated with a tasteful design and advanced technology.

Upstairs, at Urban Deli, you can take a break with a deli meat tray from the food market, have breakfast, lunch, and dinner in the restaurant, or enjoy a glass of wine in the rooftop park with views of Stockholm. Hotel With Urban Deli is also perfect for conferences and events, with three meeting rooms, a multi-room, and a food studio.

Welcome to Hotel With Urban Deli!

Fantastic location right in the middle of Stockholm

Read more about Hotel With

Hotel With Urban Deli calls calls this industrial style with carefully selected design details ‘Lean luxury.’ The space efficient rooms have many light sources and a good air system. Therefore, it’s easy to forget that the rooms don’t have windows and actually lie below Sveavägen.

“Here you can go from your quiet room straight into Urban Deli, that offers a nice atmosphere from early morning to late evening, with restaurants, bars, food market, lounge, café and grocery store,” says Lisa Lindvall, CEO of Hotel With.

Since the hotel sells sleep, they have invested in fine linen made of satin and cotton, and extra thick, silencing doors. They have also boasted the technology and provided all the rooms with a 48 inch LED TV with 100 channels, a good audio system with built-in subwoofer and a media system that supports streaming services. And you don’t have to worry about bad coverage. Hotel With Urban Deli has excellent reception for all mobile operators in all rooms, and also a fast password free wifi.

84 of the hotel’s 106 rooms are almost identical. This is because they were built in a hangar in Finland. The module rooms were transported on a Finland ferry, through the Stockholm night, in containers and lifted with a margin of only a few centimeters on each side. Then the rooms only needed electricity, water, TV, and bed linen before they were ready.

In a few months, the hotel was built under the feet of Urban Deli’s guests. Because upstairs is their restaurant, where you can read the morning newspaper and enjoy french rolls, chia puddings, croissants, nutella, eggs, coconut porridge, fresh berries, and coffee from a roasting-house on Värmdö (an island outside of Stockholm). You can also have lunch or dinner here, or a deli meat tray from the food market if you stop by in the afternoon. At the top of the building is the rooftop park, where you can have a glass of wine and enjoy the view of Stockholm’s ridges.

There are three meeting rooms and a multirum attached to the hotel, these can be used for everything from group training to lectures. The food studio, that has a separate entrance at Luntmakargatan, can be rented for seminars, cooking classes, private dinners with chef, bachelor/bachelorette parties, or mingles. It is also possible to rent the entire hotel with 240 beds.

The hotel’s functional lounge, MRKT, is both a cafe where you can sit and work, but also a good area for pop-up events. In MRKT, you check in and out at the counter, if you don’t want to do it digitally.

Felicia Lönnqvist, PR and market, concludes:
“As a guest, we really want you to feel that Sveavägen 44 is something extraordinary, and that we’ll become your obvious choice.” 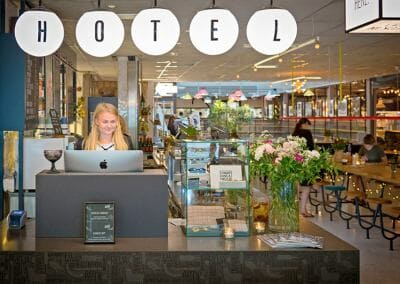 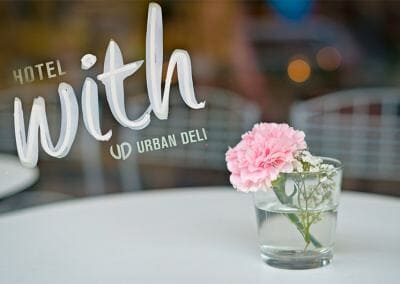 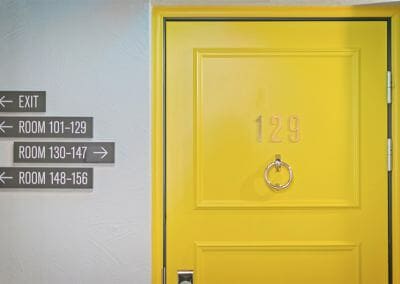 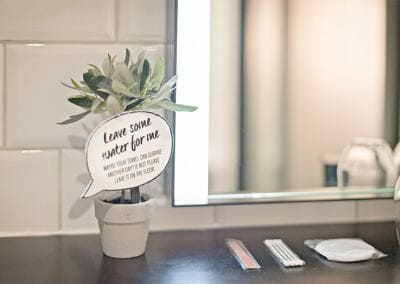 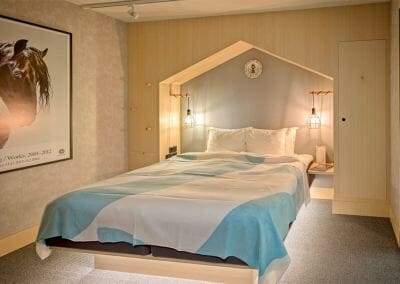 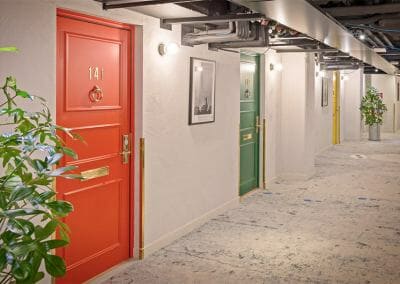 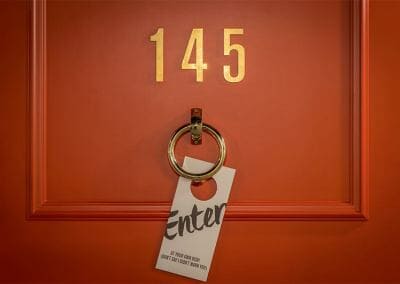 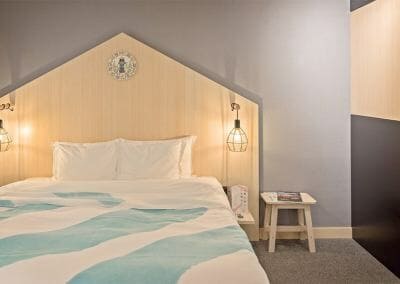 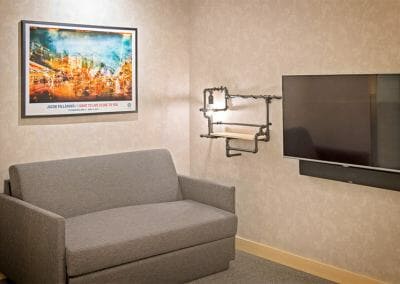 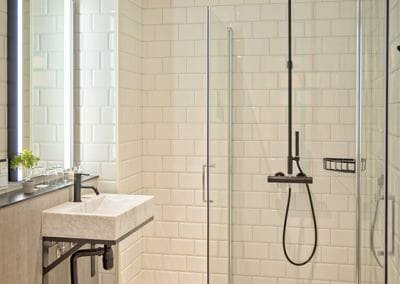 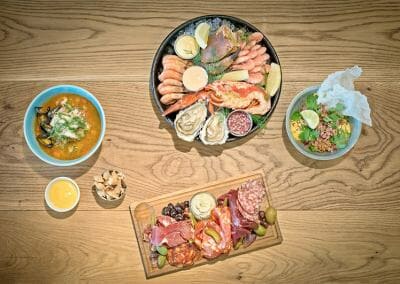 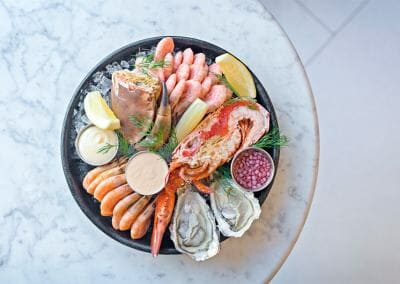