Downtown Camper Café is a vegetarian café with a very central location on Drottninggatan in Stockholm. The café is owned by Scandic’s hotel Downtown Camper. It opened in 2019 and has influences from, among others, New York. Here you can enjoy organic and biodynamic products at affordable prices.

Early in the day, Downtown Camper Café starts with something called ‘all-day breakfast.’ This includes various smoothie bowls and sandwiches. At lunch, the kitchen offers popular salads, vegetarian burgers, and more. You can also enjoy high-quality organic beer or wine, perfect for, for example, an after work.

The theme of sustainability also characterizes the café in general – for example, the interior consists of environmentally friendly and recycled material. You can come here at any time of the day to hang out with friends, work, or just relax.

Central and easily accessible at Drottninggatan

Perfect for after work in a quiet environment

Downtown Camper Café – urban café with a focus on sustainability

Downtown Camper Café has a 100% vegetarian menu, and the café is characterized by sustainability and mindfulness. It’s located in the center of Stockholm, and you can enjoy everything from vegetarian burgers to organic beer.

Downtown Camper Café opened its doors in September 2019. The vegetarian café is located on the vibrant Drottninggatan, one of Stockholm’s most popular walking streets. The café belongs to Scandic’s signature hotel Downtown Camper, located in the same building.

Claes Benediktsson is the Food and Beverage Manager at Downtown Camper and says that the property owner initially wanted a store in the premises towards Drottninggatan.

“I guess it was difficult to get a store onboard because the clothing business is going down in the city. The area of the premises is also very deep behind the café, which is a problem since you don’t have so much stock in clothing stores.”

Instead, Downtown Camper was asked if they were interested.

“At first, we thought about creating a conference section, but at the same time, we also wanted to have some kind of activity next to the windows facing Drottninggatan. That’s when we got the idea to create a vegetarian cafe in conjunction with the conference section.”

The café is an ‘all-day breakfast’ café and has influences from, among others, New York. The menu consists only of organic products, and they strive for them to be as locally produced as possible.

“It would be hard to do this at a large hotel such as Scandic Downtown Camper. Instead, we find it incredibly fun to do this on a smaller scale at the café.”

Early in the day, the café starts with what is called all-day breakfast. Among other things, this includes various smoothie bowls and sandwiches. At lunch, the kitchen adds popular salads, a vegetarian burger from Beyond Meat, and more.

“We produce our own smoothies, and we try to keep the range of other beverages such as soft drinks and juices completely organic. Therefore, we do not have coca-cola or other large producers since there are very few organic products in the soda industry.”

Even though the café uses organic products, the idea is to have reasonable prices still. For example, a cup of coffee costs 25 SEK, including fill-up.

“The café has significantly lower prices than the hotel in general, and I think we are quite low in price compared to other cafes in the city. You should be able to hang out, get something to eat, and feel that it’s affordable. When it’s organic products, the purchase price becomes a bit higher, and then it’s easy to set the prices too high, which we don’t.”

The sustainability theme is also visible in the interior. The interior design team has worked with environmentally friendly and recycled materials. For example, some of the chairs and lamps are made of recycled plastic.

The café’s visitors are a mix of people who come to Stockholm city or who work nearby and want to take a peaceful break. Many also use the Downtown Camper Café as an office space during the days. During the summer months, more tourists come from Drottninggatan.

“You can come here all day and hang out. The important thing is that we’ve created a hub and added some action to the hotel. If we had only built a conference facility, it would have been very quiet when everyone is in the rooms for their meetings. So the café itself contributes to noise and movement when people come from outside, and it becomes a natural place to hang out.”

On weekends, the guests generally consist of younger people between 20 and 30 years.

“It’s popular to come here after work and have a glass of wine instead of being crowded in a messy bar environment. We have a good selection of high-quality organic beer and wine.”

After the opening, the feedback has been positive, and business has going better than expected, according to Claes Benediktsson.

“There are small margins in the café industry, so I’m happy to see that you still can open a cafe that works. The big trick is that we have a constant flow of guests from Monday to Sunday throughout our opening hours. It’s filled with people already in the morning, and then they sit here until the afternoon.” 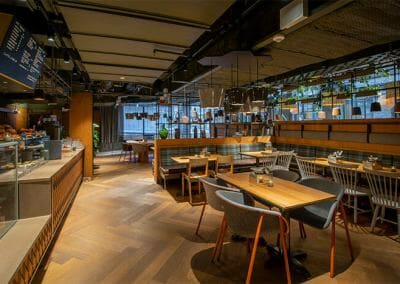 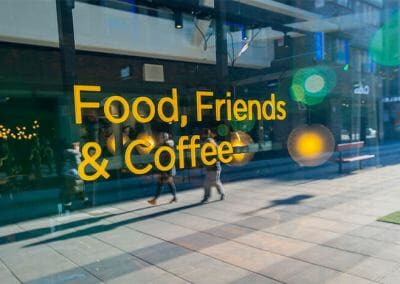 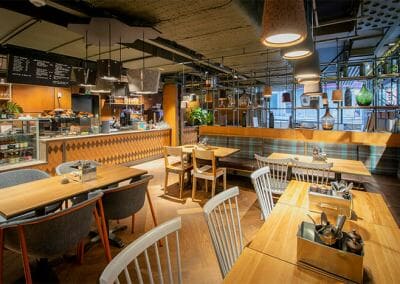 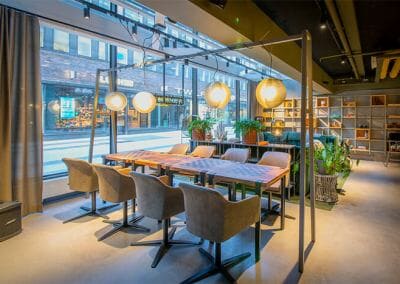 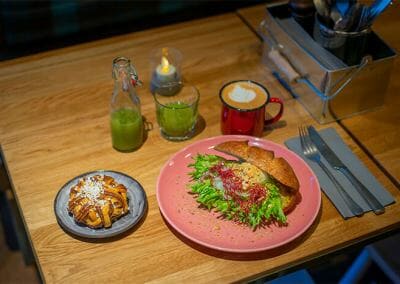 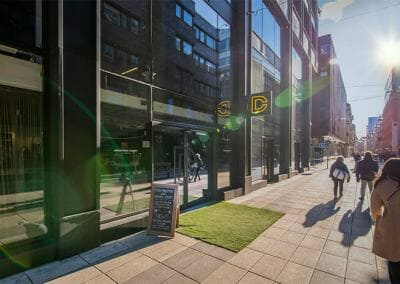 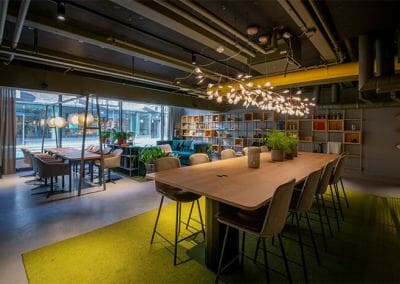 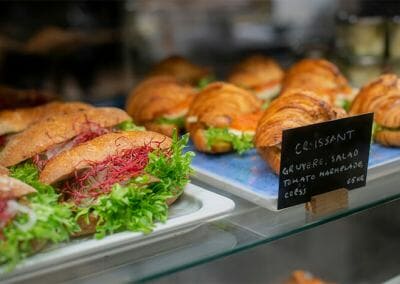 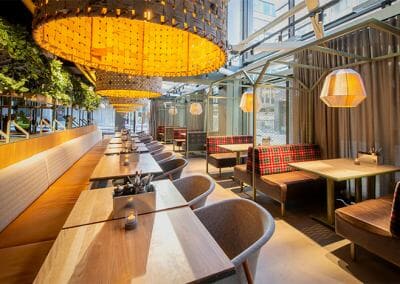 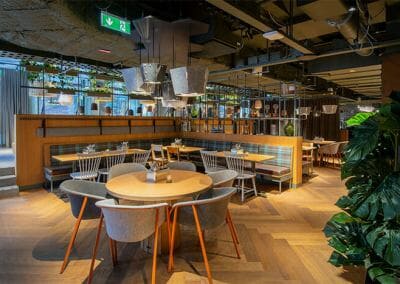 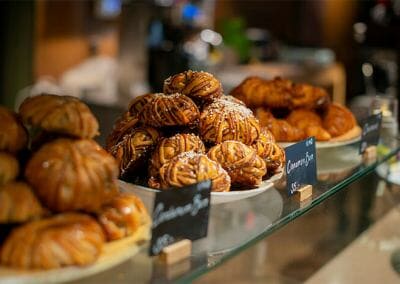 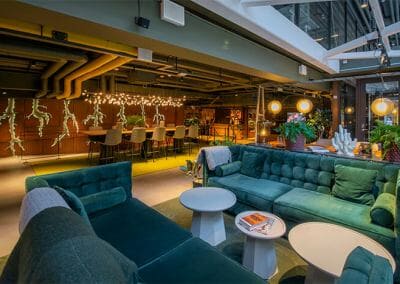