If you’re in the mood for hot chocolate, you should head to Old Town and visit the café Chokladkoppen at the square Stortorget – Stockholm’s most cozy living room. The rumor says they’re offering the city’s best hot chocolate. So good that the TV chef Jamie Oliver daydreams about it from time to time.

Here you can sit on the outdoor seating, enjoy the sun, and look at the people in the square. The lunch offers focaccia, pies, and baked potatoes. With your coffee, you can have pastries, giant cinnamon buns, and of course, the famous cup of hot chocolate with whipped cream. From cold winter days to warm summer days, this is the perfect place to drop in for a cup of hot chocolate or a coffee in the sun.

A picturesque outdoor seating, friendly staff, and the LGBTQ flag proudly flying from the facade. Chokladkoppen is an inclusive and warm place – an open living room for gays, lesbians, straights, tourists, Stockholmers, families with children tired of sightseeing, and everyone else.

Chokladkoppen is the superior winner in two categories: Old Town’s best place for looking at people and northern Europe’s best hot chocolate. Come here and see for yourself!

Stockholm’s best hot chocolate can be found at Chokladkoppen in Old Town (Gamla stan) – a cozy little café right by the square Stortorget. In the winter, it’s a comfy place to sit down and sip hot chocolate with whipped cream. And in the summer, it’s perfect for sitting on the outdoor seating, soak up the sun, and look at tourists.

The house is a medieval masonry with three floors and a staircase towards the square. It was built as early as the 1520s. Precisely 100 years later, the building was owned by Hans Seyfridzt, hence the name ‘The Seyfridzt House’ that it’s still called today. During a renovation in the 18th century, the house got its current Stockholm yellow facade.

The history is deeply rooted with medieval charm and an idyllic outdoor seating with small round tables and café chairs that flirt with the French terrace culture (look at people, philosophize about life, and sip on a cappuccino). It wouldn’t be an exaggeration to say that this is Old Town’s best location for people watching.

The menu offers sandwiches and lunch dishes, such as focaccia, pies, and classic baked potatoes with the Skagen mixture. You can also order sandwiches directly on-site with optional ingredients.

And if you come here, you shouldn’t miss the coffee and pastries (in Swedish known as ‘fika’). If you prefer American desserts and generous sizes, you can enjoy Stockholm’s biggest cinnamon buns – at a reasonable price and big enough to split in two.

“Our ‘White chocolate cheesecake’ is a big favorite that gets a lot of praise, and also the cinnamon buns – big, fresh, and filled with love,” says Conny, local manager for Chokladkoppen.

Choose from all kinds of coffee and two kinds of hot chocolate – white chocolate and the classic original with whipped cream. TV chef Jamie Oliver has reviewed the latter: “I had to try the hot chocolate at this café in Old Town because I was told it was the best – I’m happy to say it didn’t disappoint. It was so stupidly delicious that I’ve actually thought about it a few times since then.” So if you trust Jamie Oliver’s words, you should come here and have a cup.

Outside, the café hangs a rainbow flag that speaks for Chokladkoppen’s gay-friendly profile, and it’s a popular place for the city’s LGBTQ community to hang out and drink coffee. It’s also a popular dating spot among both lesbians and gays. In the room, you’ll find, among other things, party flyers and information about everything that happens in Stockholm’s gay world. You can also pick up the latest issue of the magazine QX for free.

The atmosphere is open-hearted and inviting – a living room for both locals and tourists to settle down after a day of sightseeing and museum visits. The café itself is relatively small, but it’s compensated by generous portions, big hearts, and delicious food. 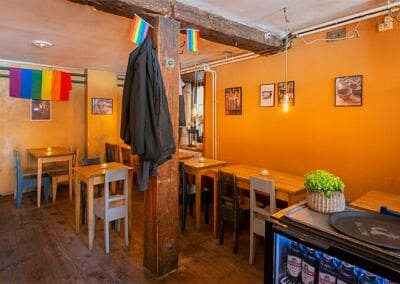 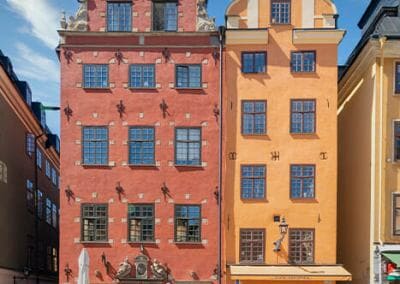 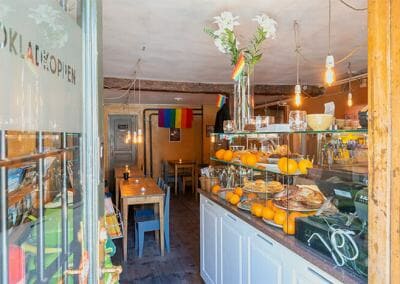 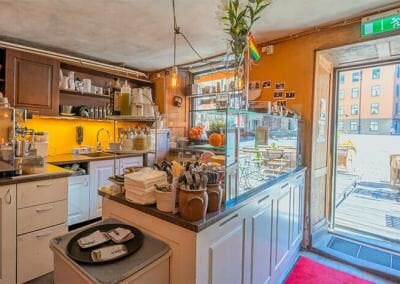 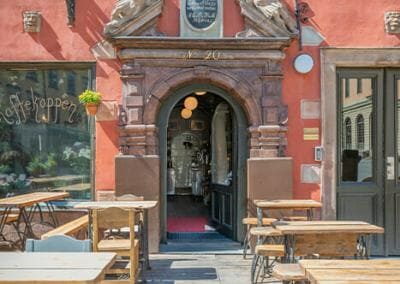 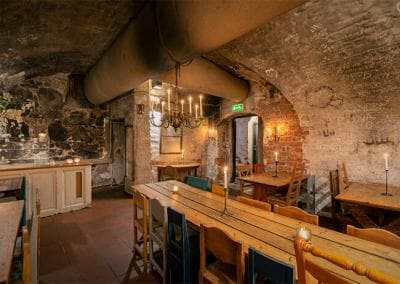 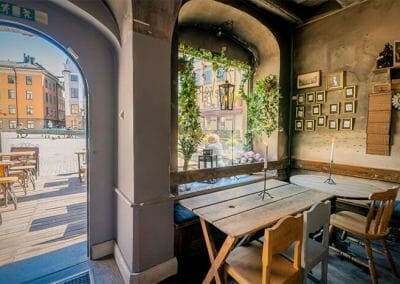 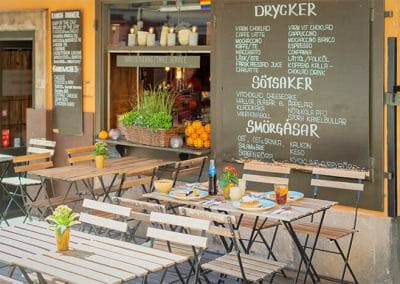 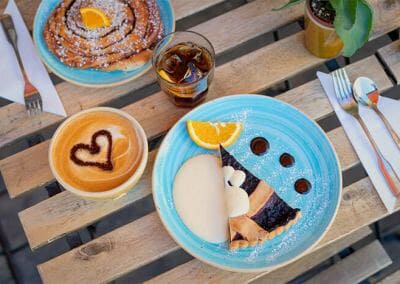 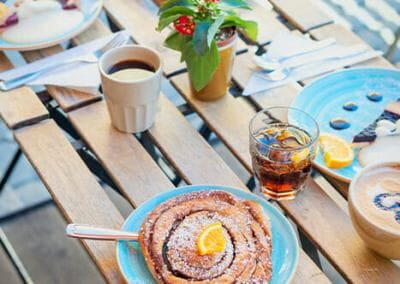 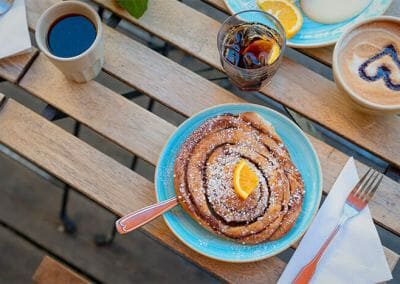 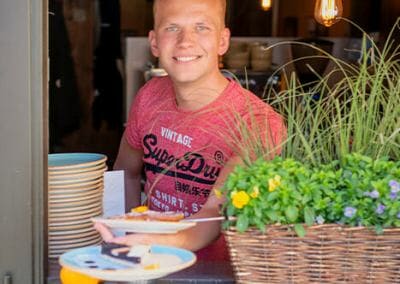