Ben Rashid and his colleagues run the restaurant on Östgötagatan in the middle of Södermalm since 2016. From the beginning, the idea was to challenge Malmö, who, according to Rashid, prided themselves on serving the best falafel in Sweden. Rashid felt that Stockholm needed a really good falafel restaurant, and he was undoubtedly right. Burgerian Falafel & Grill became a success.

Since the restaurant started, he has worked fifteen hours a day pretty much every day. Rashid says it’s a fantastic job to serve the food he loves – fresh homemade falafel made from scratch. On the menu, you’ll mainly find different falafel rolls with fresh vegetables, but also grilled chicken and hummus are served. Most visitors order take away food, but there are a few tables for those who want to eat on site.

Homemade falafel made from fresh ingredients

Rashid and his colleagues have been running the restaurant on Östgötagatan in the middle of Södermalm since 2016. From the beginning, the idea was to challenge Malmö, which, according to Rashid, prides itself on serving the best falafel in Sweden. Also, he felt that Stockholm needed a really good falafel place, and with the facts in hand, you can say that he was undeniably right. Burgerian Falafel & Grill was a success.

The restaurant’s interior is relatively simple, with tones in red. Around the room, hang A4 papers printed with menus and suggestions on falafel rolls. There are large bouquets of fresh-cut flowers on the tables, which are few since the idea primarily is take away food. On the walls hang paintings with photographs, one of the pictures is of Rashid’s mother.

The concept is that all food is made from scratch, where the well-prepared falafel made on fresh chickpeas is the foundation of the menu. The menu consists of various falafel rolls with fresh vegetables, but also grilled chicken and hummus are served. The prices are low compared to competitors.

According to Rashid, falafel is a beneficial food that does your body good.

“Falafel is incredibly beneficial food. The tahini sauce contains a lot of protein, and because falafel contains lemon and cucumber, it can lower the blood pressure.”

For Rashid, cleanliness is essential when you eat at his restaurant; it’s something he states clearly. Therefore, he has put up some comfort rules on a board where he urges people to wash their hands before eating, try not to spill food on the floor, and to use a plate if you eat on site. It might seem trivial, but Rashid believes it is important to remind the guests.

Another thing Rashid is passionate about is to show extra respect and appreciation to those who work in the public sector, especially police officers. They can queue-jump when they’re on duty and want to order from the restaurant.

“Cops go first in line, that’s it. If you don’t like it, you don’t have to come here. Even the Malmö police have been here to test our falafel!,” says Rashid with pride in his voice.

Since the start, he has worked fifteen hours a day pretty much every day. Rashid says it’s a fantastic job to serve the food he loves; fresh homemade falafel made from scratch. Despite the success of the restaurant, Rashid has no plans to open another.

“If I open another grill, you lose the whole concept.”

That may be true to some extent. Burgerian Falafel & Grill is a small and personal place with a familiar atmosphere. There’s a risk that this will be lost if you try to copy the concept.

Do like so many others and stop by Östgötagatan for Stockholm’s best falafel and grilled food! 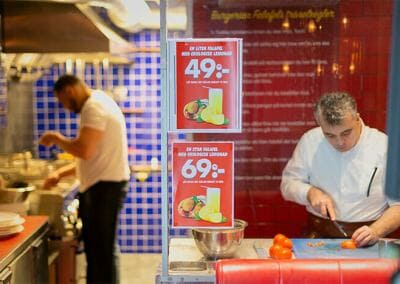 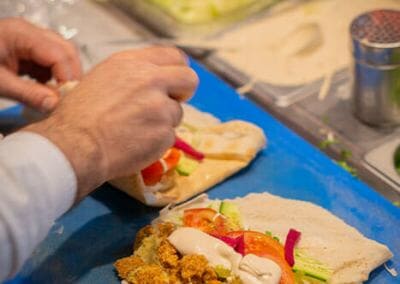 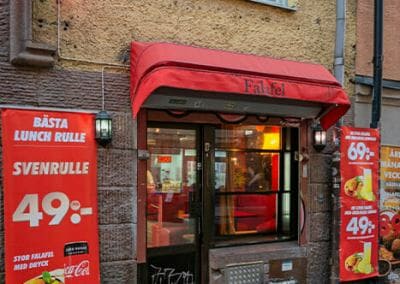 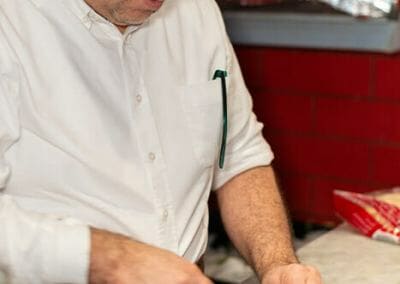 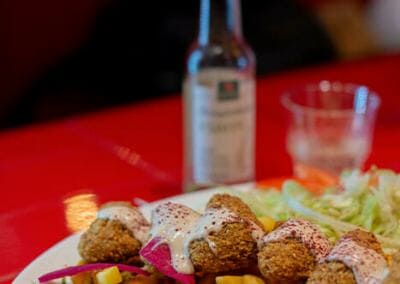 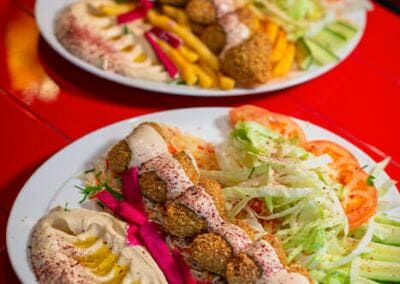 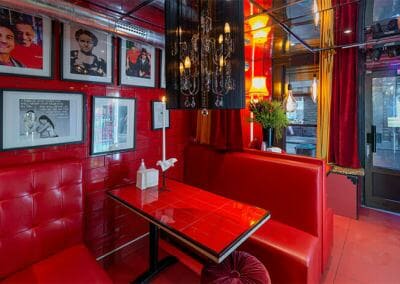 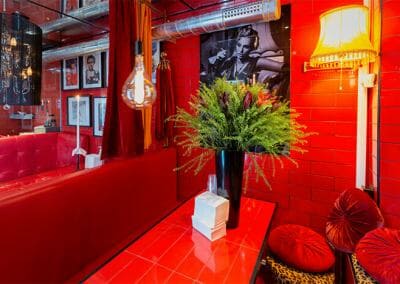 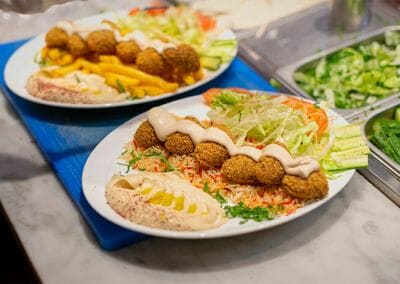 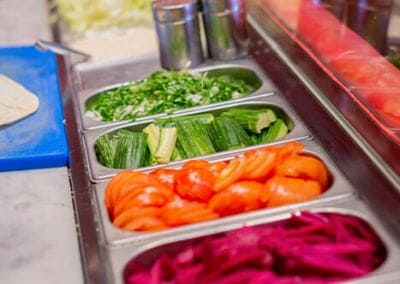 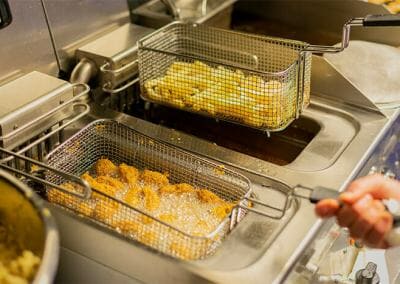 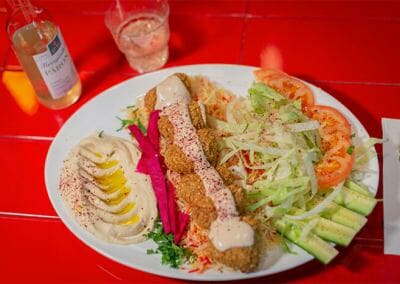