Do you dream of hovering over Stockholm with an incredible view in all directions? Then Ballongflyg i Stockholm can make your dream come true. At about 300 meters up in the air, you slowly float forward and have plenty of time to see all the beauty the Swedish capital has to offer – from nature to iconic buildings. The feeling and joy you experience are unbeatable.

Ballongflyg i Stockholm has over 30 years of experience in flying hot air balloons in Stockholm and the surrounding area. They can fly between 2 to 22 people; usually, they take between 6 and 12 people. Under the guidance of a professional balloonist, you ride a distance of 8-15 km, and the experience also includes a glass of champagne and a nice diploma as a memory.

Balloon flights are offered all year round, so it doesn’t matter if it’s summer or winter. Don’t hesitate to book a wow experience you’ll remember for the rest of your life.

Welcome to Ballongflyg i Stockholm!

Top 3 reasons to book a ride

A once in a lifetime experience

Fun activity to do with your friends or family

Read more about Ballongflyg i Stockholm

Karl Gustav Silverstolpe flies everyone from business people in suits and lovebirds to crazy parachutists in his air balloon. Follow along on lofty heights with a breathtaking view of Stockholm city.

Karl Gustav Silverstolpe has been riding hot air balloons since he was young. “It started as a hobby. When I was 20, I took flight certificates and then dive certificates and parachute jumping. I tried everything possible.”

His company Ballongflyg i Stockholm was founded 25 years ago – during what Karl Gustav calls the heydays of the air balloon flights.

“Today, there are around 50 hot air balloons and pilots around Sweden, and of them, maybe ten are flying more than 20 hours a year.”

So how does it work when you ride a hot air balloon?

“It’s all about today’s weather and the changes that are taking place. Riding an air balloon is pretty much 90 percent improvisation,” says, Karl Gustav.

He usually flies between 8 and 15 km per hour, and then you’re at 300 meters altitude. The distance itself depends entirely on how much the wind blows. Most often, the air balloon lands at the calculated area, but sometimes it’s a finely tuned art to control the wind and steerability, K-G says. He starts talking about the Coriolis effect – the force that controls the general circulation of the atmosphere and the oceans and affects the steerability of the air balloon. He explains that the balloon is like a big sail that requires you to fly with some precision:

“The most elegant landing is when you put down the basket deep and fine in the ground, preferably in shelter behind a hill.”

If you’ve never ridden a hot air balloon, K-G can tell you it is a remarkable feeling to travel 25 km per hour in a calm windless basket. There’s something magical about moving forward using only nature’s lifting power, being one with the wind, with a 360-degree panoramic view of the city, mountains, ridges, and water – a feeling you can’t get from an airplane or helicopter. With K-G, you get an exclusive front-row seat above Stockholm city and get breathtaking stomach butterflies from hovering over rooftops and treetops.

“I don’t take the time to enjoy it so much myself. As a pilot, I have a job to do and need to keep track of gas consumption, direction, height, go down, and go up. But I’m happy the passengers enjoy the ride and think it’s fun.”

Karl Gustav flies 99 percent of all flights himself. Most of them are in the spring and summer when you can ride in the evening as well. The customers are a broad mix of business groups, tourists, parachutists, and love couples. The smallest balloon can take 8-10 people, while the largest can accommodate up to 14 people. It’s common for some to get dizzy in the beginning.

“When you ascend a meter per second, it takes a while to get used to the view and relax. It usually takes 5-10 minutes before they start pointing and take pictures,” says Karl Gustav.

If you want to ride in a closed group, you can rent a private hot air balloon, but then you have to pay a little extra. A few times a month, Karl Gustav flies a loving couple who gets engaged in the air, and he has witnessed many proposals in his days. And then we have the parachutists who show up in the summer and want to add parachute jumping from air balloon to their resume.

So, have Karl Gustav himself jumped out of the hot air balloon?

“No, just from airplanes. I don’t trust the other air balloon pilots,” he says, laughing.

Surprise someone you like, pop the question, or take your family on a thrilling adventure with an unbeatable view. Please note that the air balloon ride might be canceled due to the weather conditions. 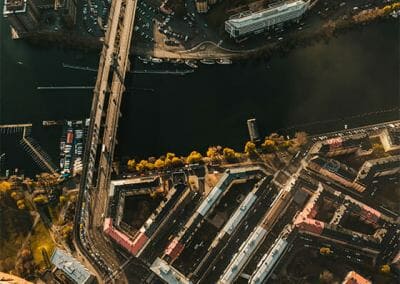 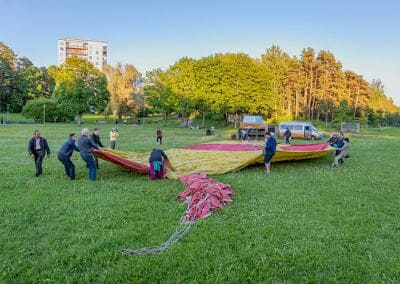 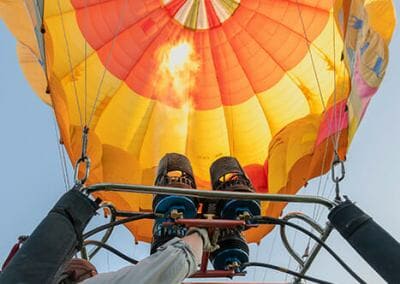 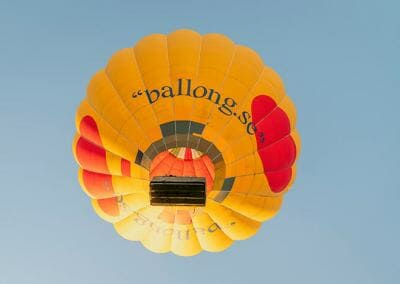 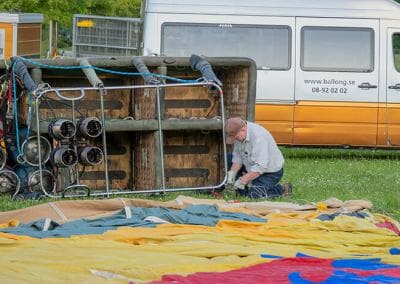 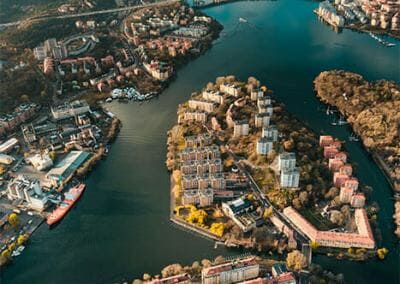 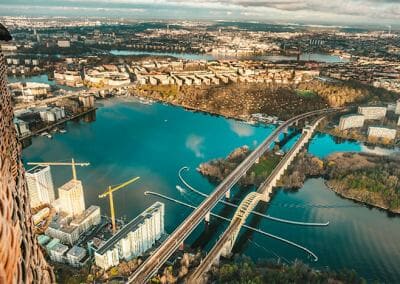 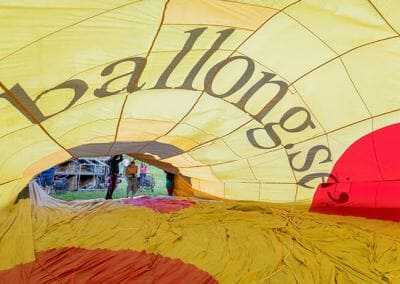 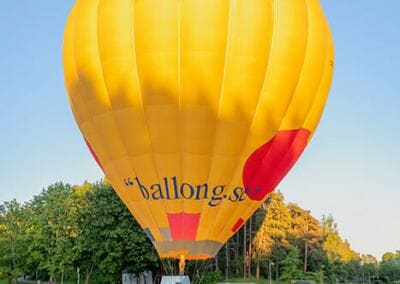 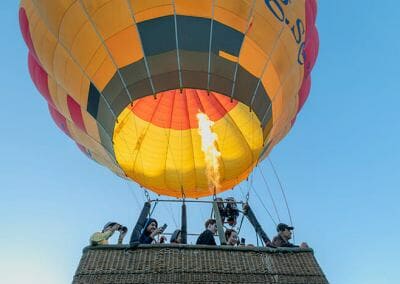 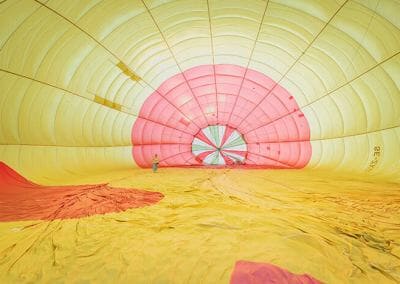