An exclusive beverage in an equally exclusive blue bottle is about to conquer the world. Together with names like Björn Borg, Avicii, Miriam Bryant, and Rollings Stones, Swedish DQ Vodka is on a worldwide journey. And who’s sitting in the driver’s seat if not Mr Vodka himself, Per Jacobsson, 72?

DQ stands for Distilled Quality. And quality has been in focus for the more than four decades that Per Jacobsson has been selling vodka and other alcoholic beverages. Still, he doesn’t hesitate when he talks about DQ:

“I’ve worked for 45 years in this industry and this vodka is probably the ‘softest’ I’ve tasted. It has a very good taste and it’s great quality,” he says. 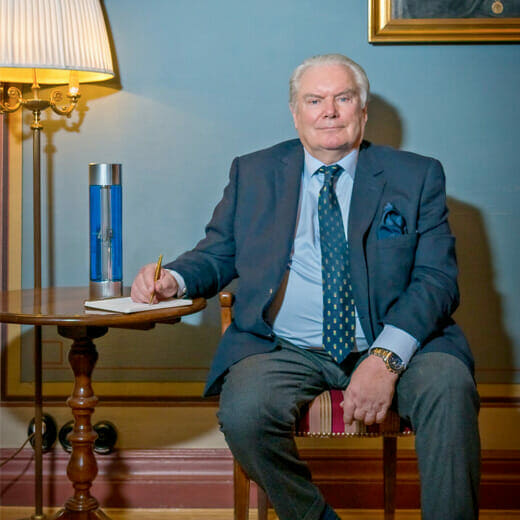 I’ve worked for 45 years in this industry and this vodka is probably the ‘softest’ I’ve tasted.

DQ Vodka is a Super Ultra High Premium high quality vodka. It’s made of water from Malmköping in Södermanland (Swedish province) and Swedish winter wheat, the latter is a prerequisite for the softness that Per Jacobsson talks about. Another prerequisite is the tube that’s placed in the middle of the exclusive bottle. With the tube the vodka is mixed with more more oxygen than normal when it’s poured into a glass, making it softer.

In other words, it’s a Swedish quality product that’s on it’s way out in the world and in a few years, it might get mentioned in the same sentence as IKEA, H&M and Ericson, who knows?

In any case, today DQ Vodka is in a very expansive period. Sales have exploded and the organization is growing. 2017 has in many ways been a fantastic year for DQ Vodka with a lot of successful events. Here are some examples from the huge event list: 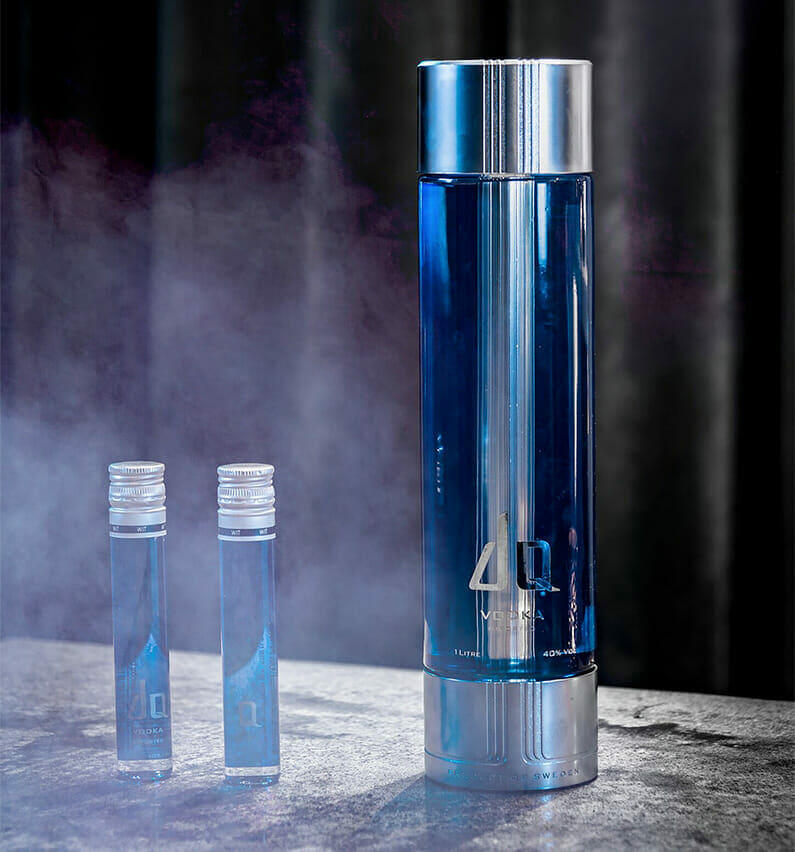 Then add a lot of other events, including London and Monaco. In London, for example, you can now enjoy the DQ Vodka at the restaurant Aquavit, recently rewarded with a star in Guide Michelin.

So it’s easy to understand that 2017 is the year when things are seriously moving. It happens now and it happens fast. Right in the middle is a 72-year-old man with a solid knowledge combined with an unmatched market knowledge. And a work capacity that goes beyond most.

“I get up at 7-7:30 in the morning and keep going until almost midnight. I also have to adjust my working hours to what time it is in different places in the world. There’s a lot of conversations with importers and distributors from all parts of the world. That’s what I like to do. I love this job with the big network of contacts I’ve built over the years,” he says.

The focus is now on the international market.

“In the United States, we are negotiating with famous rappers who want to be the ones telling the Americans that there’s a new exclusive vodka,” says Per.

We strongly believe in the 70 centiliter bottles, and we will continue to develop the vodka itself to make it even better

In 2018 DQ will also be available in Miami, Los Angeles and New York in carefully selected locations. And in thirty days they will start selling in some parts of the United States via MHW, Ltd.

“China is also one of the more interesting countries right now. But also in countries such as India, South Africa and other African countries, the interest for more exclusive drinks is growing tremendously,” says Per Jacobsson.

DQ Vodka is available on one liter bottles, but a 70 centiliter bottle will also be launched on the international market soon. Even a Gold Edition, containing a wheat that’s still a secret, will be launched.

“Sales have gone well, but many are asking for 70 centiliter bottles, including Australia, New Zealand, Canada and China. So we strongly believe in it and we will continue to develop the vodka itself to make it even better,” he says. 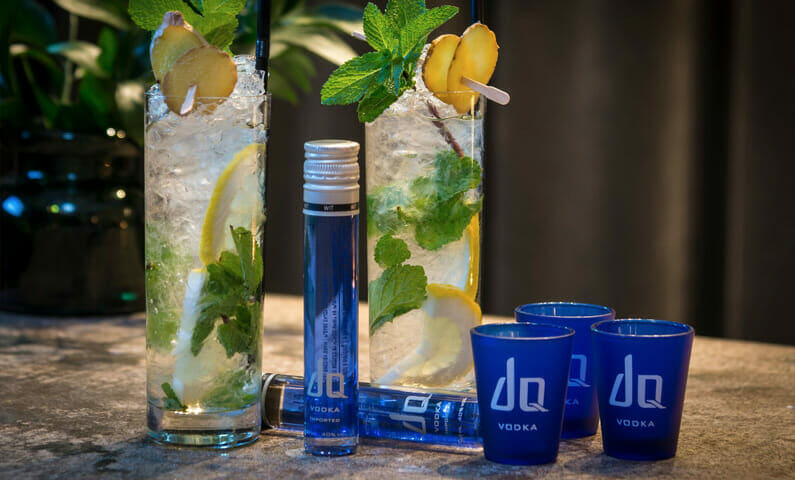 It is no coincidence that Per Jacobsson is called Mr Vodka. For more than four decades he has been selling vodka and other types of alcohol all over the world.

Among other things, he has managed to sell Swedish vodka in the old Soviet Union, something that was considered as difficult as selling refrigerators to Eskimos at the time. But that didn’t stop Per Jacobsson from introducing Absolut Vodka in a large scale. It became a huge success with millions of bottles sold. Now he’s about to conquer new markets and this time the vodka is called DQ.

Nobody will be surprised if DQ Vodka becomes an international success.

Currently: Launching DQ Vodka all over the world.

Born: 1945 on Kungsholmen in Stockholm. Grew up on Södermalm in an apartment on Götgatan 75.

Lives: Stockholm. He lived in Russia for several decades. He also resided on Mallorca for many years.